Fans can't believe it as Phil Mitchell beats The Chasers 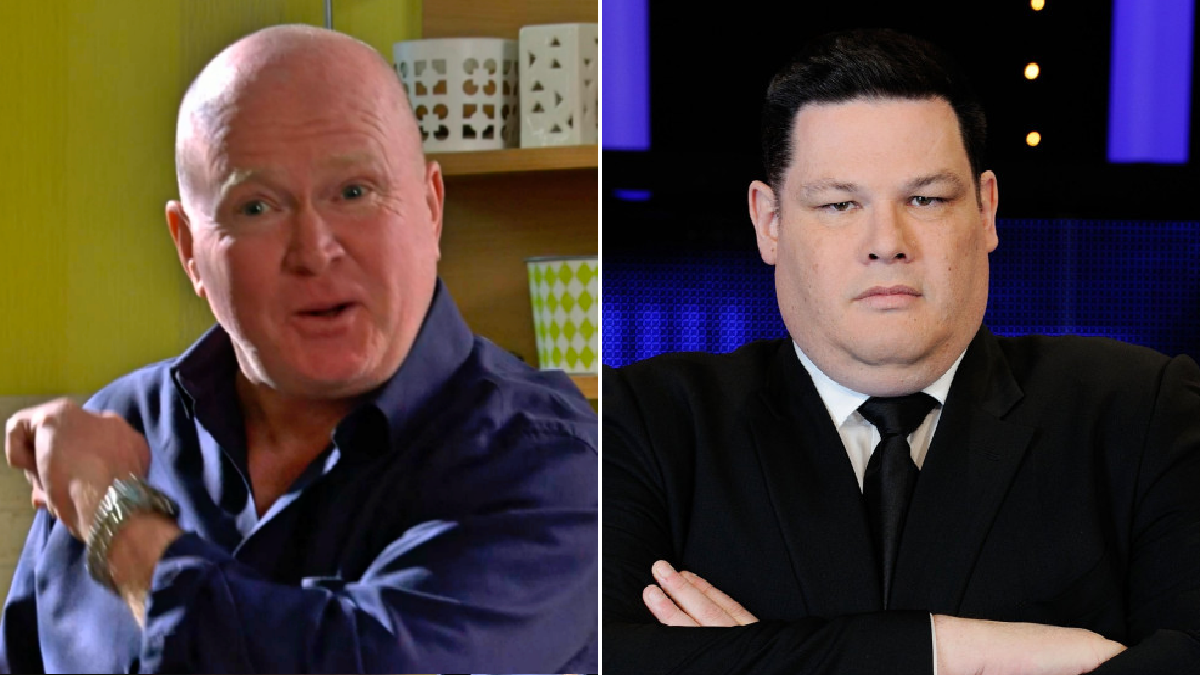 Beat The Chasers viewers were left in shock after Dom Joly managed to win £50,000.

‘How did he do it?’ you ask? Well, the Chasers were stumped by a question you see – and this question was about EastEnders character Phil Mitchell!

When asked who portrays hard-man Phil in the BBC One soap, Jenny ‘The Vixen’ Ryan and Mark ‘The Beast’ Labbett struggled to answer.

The answer, of course, is Steve McFadden!

Mark remembered the soap star’s surname, but struggled to remember the rest.

Dom, meanwhile, picked up the victory not long afterwards – with a whopping 30 seconds still on the clock!

Viewers were left in shock, and as a result, many of them took to social media to voice their surprise at the events which unfolded.

‘Absolutely love the Chasers being stumped by a question about Phil Mitchell #BeatTheChasers,’ said one social media user.

When Phil’s not causing trouble on The Chase, he can still be seen in Albert Square.

The popular character is currently having a relationship with Kat Slater (Jessie Wallace) – much to the shock of fans.

Phil has made it quite clear that he’s there to support Kat no matter what, and he assisted in her recovery after she was knocked down in a hit-and-run earlier this month.