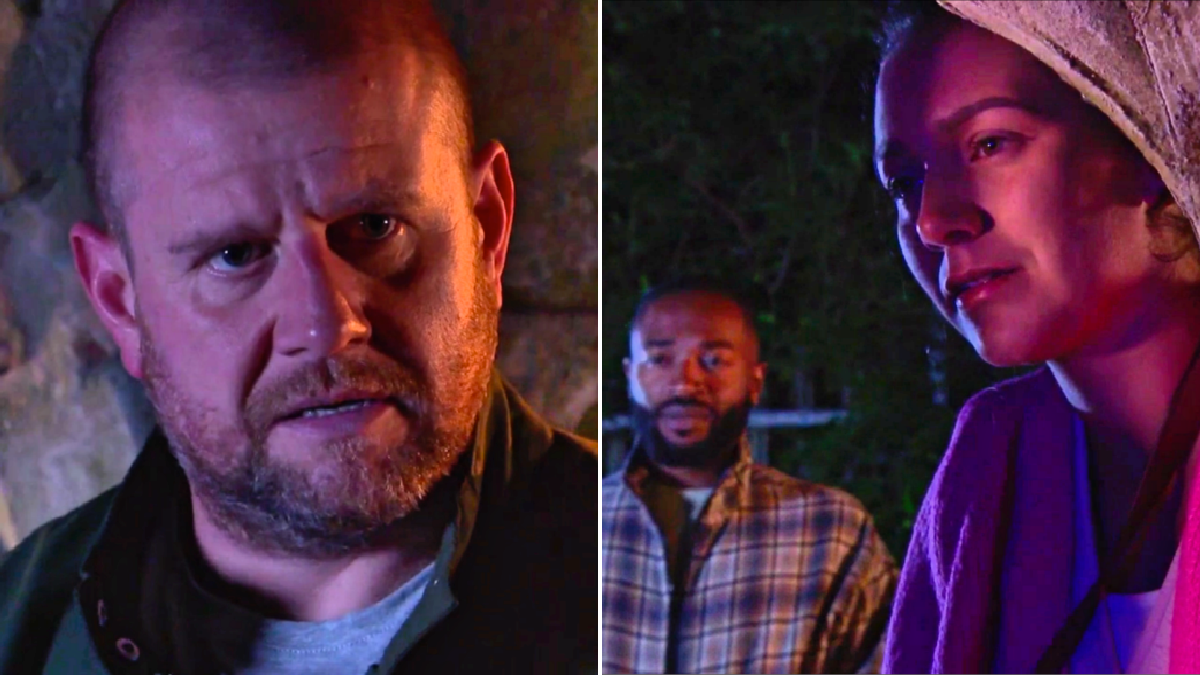 Justice was served in Hollyoaks tonight (June 28), as Pete Buchanan (Kai Owen) was hauled away by the police once again after breaching his parole.

‘I doubt you’ll get out too early next time,’ said a disgusted DS Cohen, as she put him into the back of her car.

Cleo McQueen (Nadine Mulkerrin), meanwhile, watched the scenes unfold from afar, as she came to terms with the fact that she almost committed murder.

Yes, Friday’s edition of the Channel 4 soap left viewers on quite the cliffhanger, as the young woman resolved to kill Pete.

She lured him to the village, clobbered him over the head, and set in motion a plan that would see her claim the life of the abuser. Her motives were, of course, to stop him from ruining anyone else’s life, but Toby Faroe (Bobby Gordon) was hellbent on stopping her.

Toby, knowing full well that it means to take another human being’s life, was determined to spare his lover from living with such a thing, and therefore he pleaded with Cleo to let Pete go.

Seeing that her beau had a point, Cleo resolved to let Pete live.

Toby, however, had called the police, and DS Cohen soon arrived at the scene to arrest Pete for breaching his parole, meaning that he was dragged back to prison once again.

In a way, Cleo succeeded in making sure that the vile abuser was off the streets.

The nightmare was far from over, however, as Toby struggled to come to terms with how far Cleo was willing to go, and he held himself personally responsible for such a thing.

He claimed that he was bad for Cleo, and therefore he called off their relationship.

Cleo was devastated, and her bulimia relapsed. Toby, meanwhile, printed off a bus ticket, evidently prepating to leave the village.

But will he be able to depart?