Home » TV & Movies » From Spencer to Spotlight, Topic Studios Is Backing One Quality Indie After the Next

From Spencer to Spotlight, Topic Studios Is Backing One Quality Indie After the Next

Topic Studios president Maria Zuckerman is a canny executive who can see over the horizon. In 2019, the New Yorker figured out that the Hollywood universe was expanding at such a rate that it was time to become a bicoastal content provider instead of a distributor-buyer. She left producing at HBO, where she had been happily ensconced for almost 20 years, and moved over to independent Topic Studios. She quickly saw a route to diversifying and expanding the company’s lineup, by backing, funding, and producing (at different levels) a wide range of independent features, from the Oscar-winining “Spotlight” to this past weekend’s opener, Pablo Larraín’s surreal Princess Diana drama “Spencer” (Neon), starring Oscar frontrunner Kristen Stewart.

“It’s a fiercely independent company,” Zuckerman said in an interview with IndieWire. That’s because owner First Media created a two-sided entity: the not-for-profit and the studio. “Our mission is to be profitable, and fund the not-for-profit side. But our content is entertainment first. And we have this opportunity to do film and TV and podcasts and documentaries. I wanted it to feel unpredictable and exciting and be driven by filmmakers’ voices, and by telling unexpected, surprising stories that we hadn’t heard before, but not any particular genre.”

Zuckerman believes that with the Weinsteins and HBO out of New York, “it was important to keep that independent New York mentality, with direct access to New York creators. But it was also important to have TV based in LA, [run by] executive Quan Phung. So we’re firing on all cylinders.”

Topic operates as both buyer and seller. “Originally, the company was focused on investing and developing,” said Zuckerman, who built up substantial production resources. “So we develop, we have creative chops, we make content, and deliver it to buyers. But we also can invest in stories that we believe in and make them ourselves and bring them to market.” 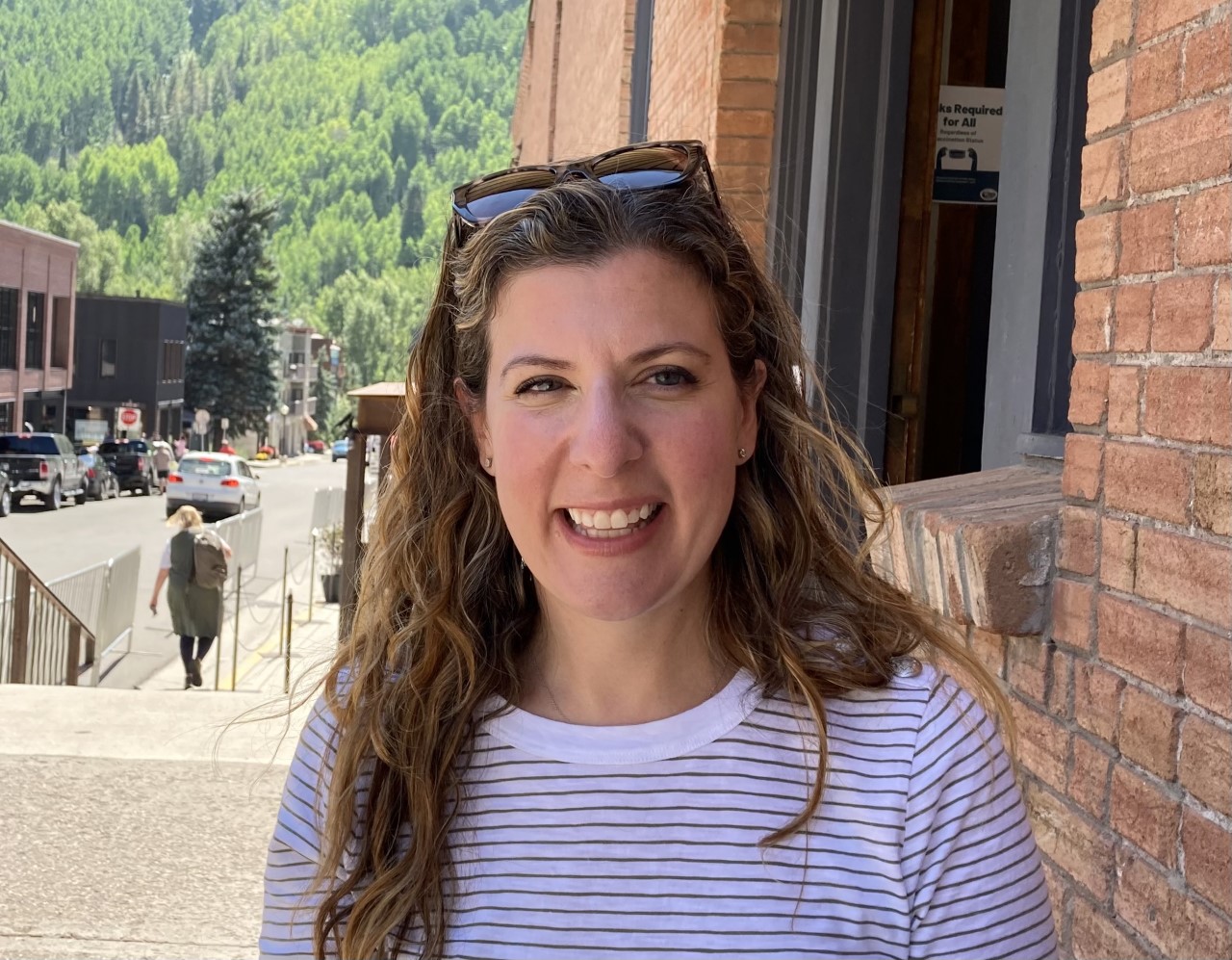 “It’s a crazy ’70s story about a wealthy scion, an heir to a fortune,” said Zuckerman, “who decided to give away all of his money. Producer Edward Pressman ended up in possession of thousands of letters about people’s needs and wants and how they express the hardships that they’re going through.”

On the TV side, Topic partnered on HBO’s three-part documentary series “Nuclear Family,” from filmmaker Ry Russo-Young (“Before I Fall”). “It’s a beautiful family story, with twists and turns,” said Zuckerman, who at HBO had encouraged Russo-Young’s personal project. “She was exploring telling her own story at the time as a hybrid documentary and narrative feature. She wasn’t ready at that time to tell that story. But it came back around as a documentary opportunity. And Dan Cogan, Big Beach, and Impact Partners had already decided to fund it as a single feature. And Big Beach was looking for a partner to come on board, because they were expanding the scope. We became a creative partner and an investor in that expansion. And together we brought it to market and HBO became our home.”

Meanwhile, Topic and Amplify Pictures’ documentary series “100 Foot Wave,” from Chris Smith and Garrett McNamara, was another surprise success that HBO has ordered for a second season. Again, “100 Foot Wave” first came to Topic as a feature. “It’s a fascinating human story about the search for excellence and pushing your limits,” said Zuckerman. “We took on that project because we believed in Chris Smith [‘Tiger King’] and his access to this [surfing] world. It felt like it would have an audience because it was so visually spectacular. And then, during the pandemic, we were all holed up in our houses and apartments. And there were no sports on TV, and you couldn’t go outside.”

As she, her husband, and kids were watching the dailies, “it felt like such an escapist thing to be able to do.” So when Smith wanted to make it a multi-part series, Zuckerman increased their investment. When their project ended up in a bidding war, Topic was able to license the show. ‘We have the flexibility to bend our business.” 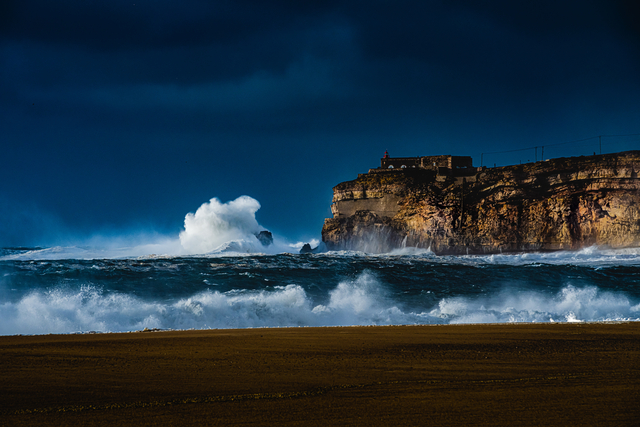 Topic makes scripted and non-scripted shows for Amazon, Netflix, and other streamers, as well as theatrical projects such as “Spencer,” which Zuckerman supported early and is co-distributing with Neon. “That was truly a partnership,” she said. “When that script [from Steven Knight] went around last year to select buyers, we knew it was going to be competitive, because international was already selling briskly. And so the U.S. rights were available. We spoke to Neon.”

As Zuckerman sees it, “distributors need eight to 10 films a year. That’s their core business. Distribution is not our core business. But we do it opportunistically when there’s a project that we feel strongly about creatively, and we see that there’s a path in the marketplace, and a foreign upside.”

For Zuckerman and her staff of 15, “every investment is bespoke,” she said. “It’s really driven by the creative. And by idiosyncratic factors on every project. We do an assessment based on: What is the risk? Who is the talent? What’s the market appetite for the project? What’s the right number for us to invest? What is the right position for us to be as investors? And every project is different. We’re always weighing things according to that annual budget. But for the bigger chunks of money that go to investment, I’m selective about those choices. Development takes less resources, it’s more speculative. And so we do a ton of development.” 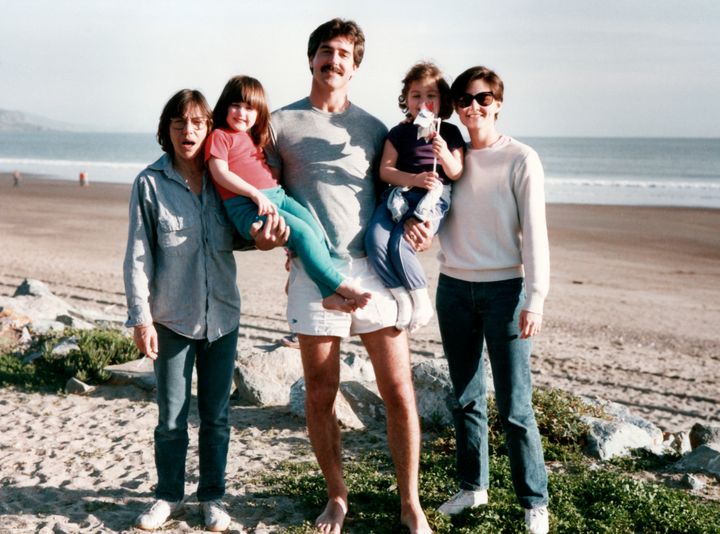 During COVID, “we were putting our heads down and [tried] to get through,” said Zuckerman. “And now I’m looking to expand.” Zuckerman, like everyone else right now, is watching week by week to see what audiences are doing. “As you’re looking ahead and thinking about how to navigate the business, you’re also thinking, ‘What’s consumer behavior going to be as this virus changes course?’ You look as far as you can in front of you, but don’t make plans that are set in stone, because it may have to change again. So you just have to be prepared to pivot. We’ve been able to diversify through the different verticals that we have. We’ve stayed nimble when you couldn’t produce anything. And we had podcasts that we could make remotely because people could just record audio.”

Topic has four podcasts currently on Audible and Spotify. “Like making TV, it is difficult to find the right stories,” she said. “There are times when you can convert podcast to TV IP [intellectual property], and we are doing it, but it can’t be the reason for the podcast. And so they have to stand on their own and have their own raison d’être. So many things about podcasting are the Wild West; the way that deals are structured. The whole industry is navigating together how things are going to set into standards of doing business.”

So far, Topic has forged pacts with three independent producing teams: Mike Covino and Kyle Marvin (“The Climb”); Mollye Asher, Mynette Louie, and Derek Nguyen’s The Population (“I Carry You with Me,” “Swallow”); and Loveless’s Matt Parker and Carly Hugo (“Couples Therapy”). “I have so much faith in the scrappy independents,” said Zuckerman. “We figure things out together.”

Next up: another theatrical movie with Neon, Brandon Cronenberg’s “Infinity Pool,” starring Alexander Skarsgård. And Daniel Antebi shot pandemic comedy “God’s Time” in New York City. “We thought, ‘This movie is a great way to just do it quietly and safely.’ We didn’t announce it until we wrapped. ‘Nanny’ is about a caregiver from the perspective of the immigrant experience, which we hadn’t seen before, from a first-time female filmmaker, who’s telling a story about a West African woman through the lens of the horror genre.”

Zuckerman has no plans to forge an exclusive deal with a studio or streamer. “We have been approached,” she said. “For now, we want to be an independent studio, with certain slate deals with Audible, for example. It’s building relationships across town and showing all of our different capabilities, and proving ourselves as a purveyor that can deliver content in highly professional, premium ways. We are still branching out to create a rich and diverse ecosystem. We’re not done growing yet.”