Glow Up season 4 contestants: Who is competing on BBC3 make-up reality show?

HIT makeup competition Glow Up is back for another season for aspiring artists to showcase their talent.

From prosthetics to glam, Glow Up asks each makeup artist (MUA) to wow judges Val and Dominic. 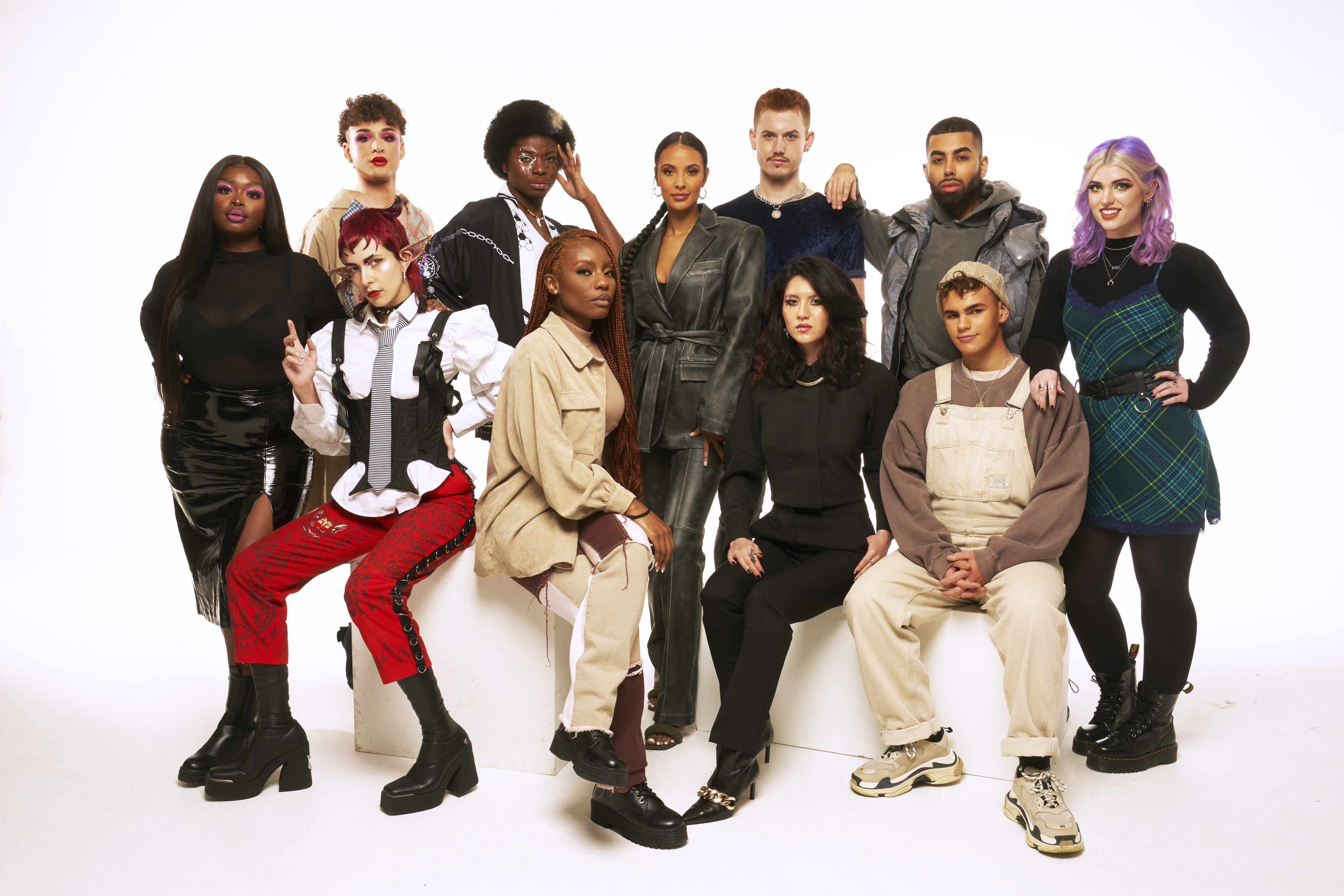 Who are the Glow Up season 4 contestants

This year 10 contestants will face off to try and win the title of Britain's next makeup star.

They will take part in an industry challenge as well as fill a creative brief, hoping to avoid the red chairs and the chance of being sent home.

Winners walk away with a major contract assisting some of the world's biggest MUAs. 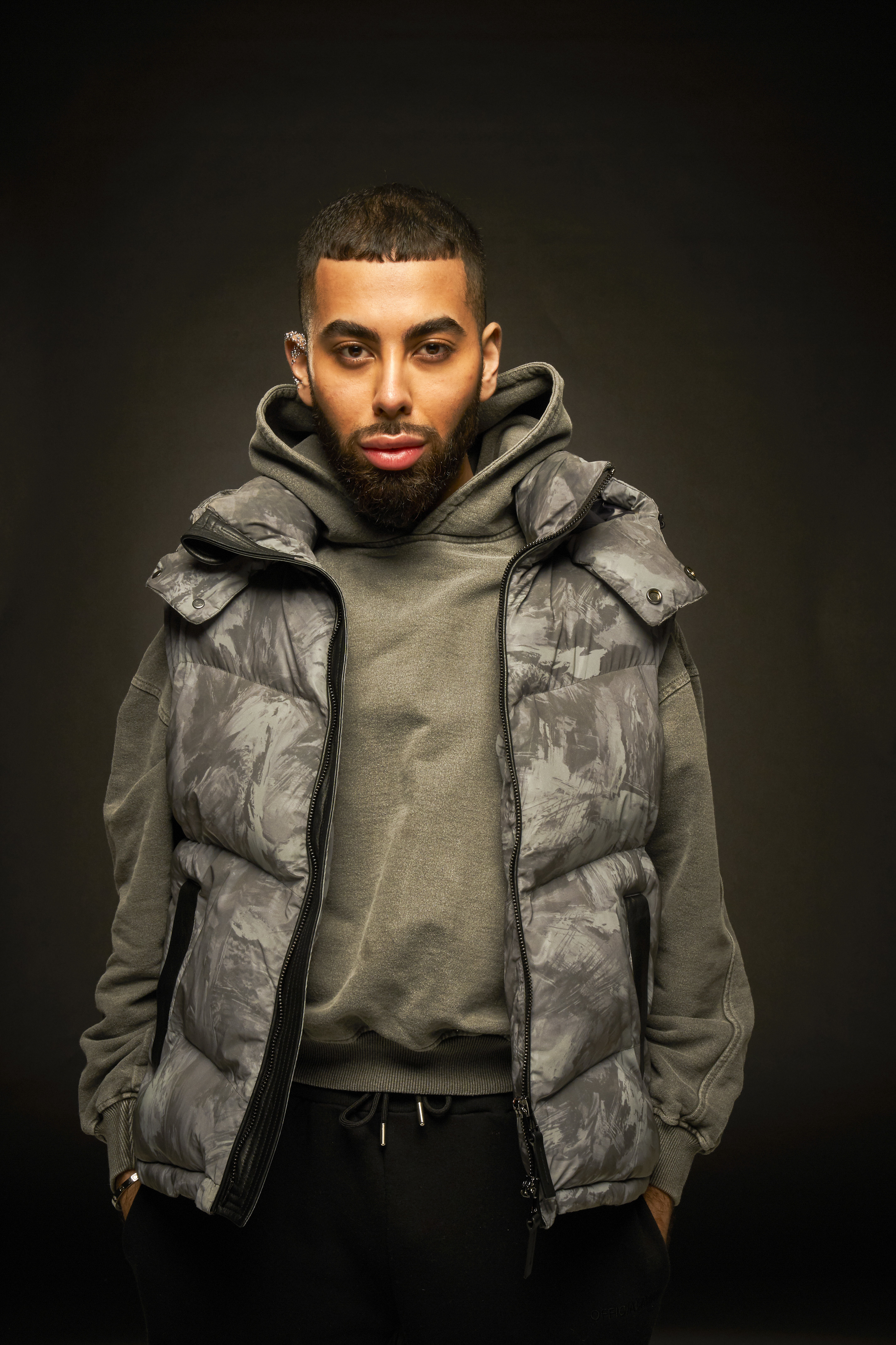 Liverpool-based Adam is a freelance MUA at only 21 years old.

His Instagram, @adamblends, has over 58 thousand followers and is full of stunning glam makeup looks.

While his glam is on trend, he also likes to include inspiration from his culture in his work.

Adam said: "I want to show other Pakistani Muslim boys and girls that if I can do makeup, anything is possible!" 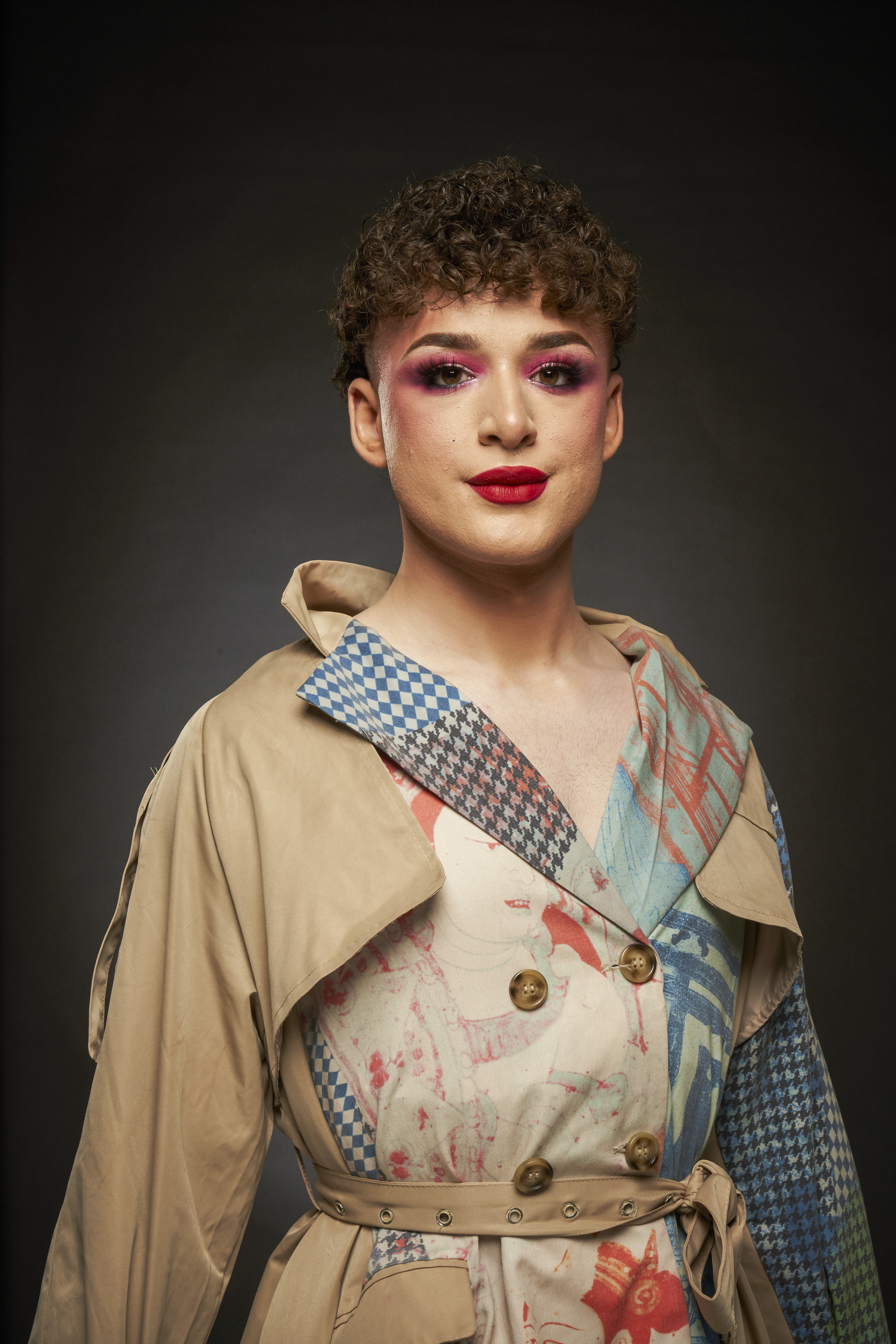 The 21-year-old from Telford, Shropshire uses he/ she/ they pronouns and co-parents their 18-month-old daughter with their ex-partner.

@Queenaerosol is Charlie's Instagram and TikTok username, where they have a combined number of over 180 thousand followers.

Charlie wants to be a makeup teacher and inspire other queer makeup enthusiasts, as well as make a better life for their daughter. 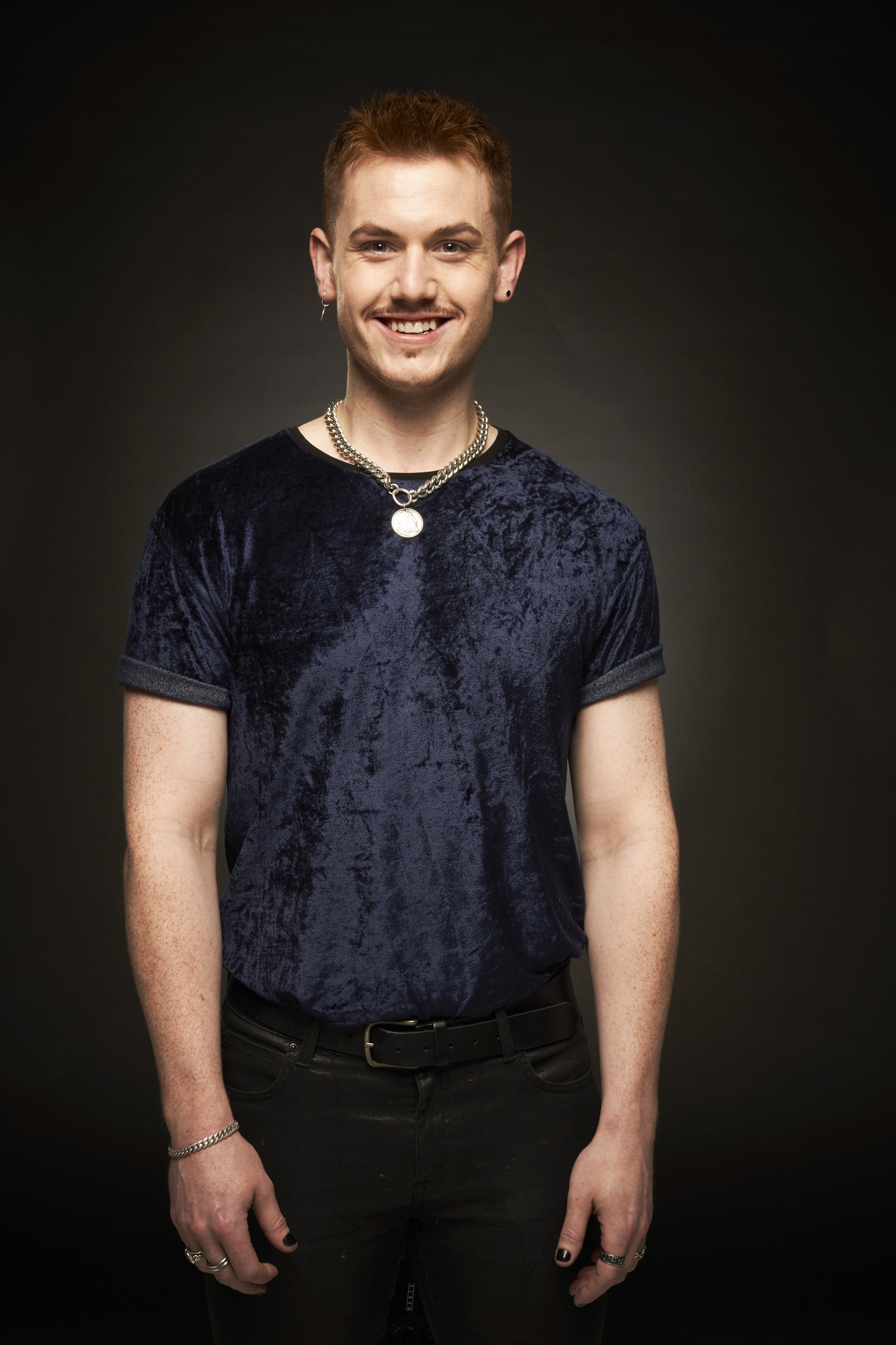 Irish MUA Kris is self-taught and better known as @cannon.fx on Instagram.

Although he has only taken one lesson in FX makeup, he creates detailed and elaborate character makeup, such as leprechauns, clowns and troll dolls.

Kris, 28, moved to London in 2021 to focus on following his makeup dreams.

While his day job might be behind the MAC beauty counter, at night he works as the resident MUA at the Cirque le Soir nightclub where he can really showcase his talent. 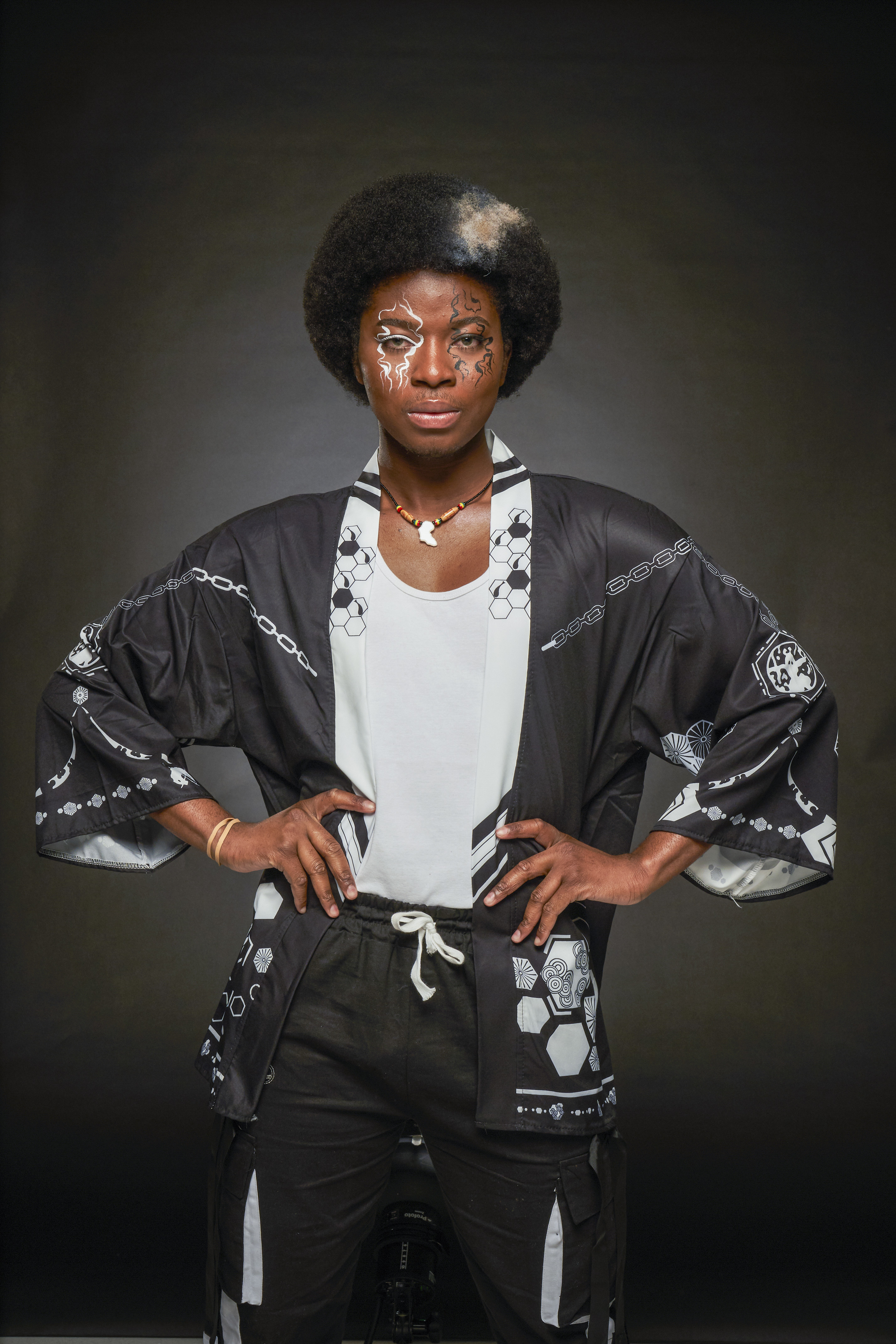 Self-taught MUA Mikaél has not been working as a makeup artist for a long but has big dreams.

He said: "I haven’t been in the make-up game for long and I’m already desperate to be one of the greats!"

Mixing glam with abstract makeup and playful colours, Mikaél, 23, could be one to watch. 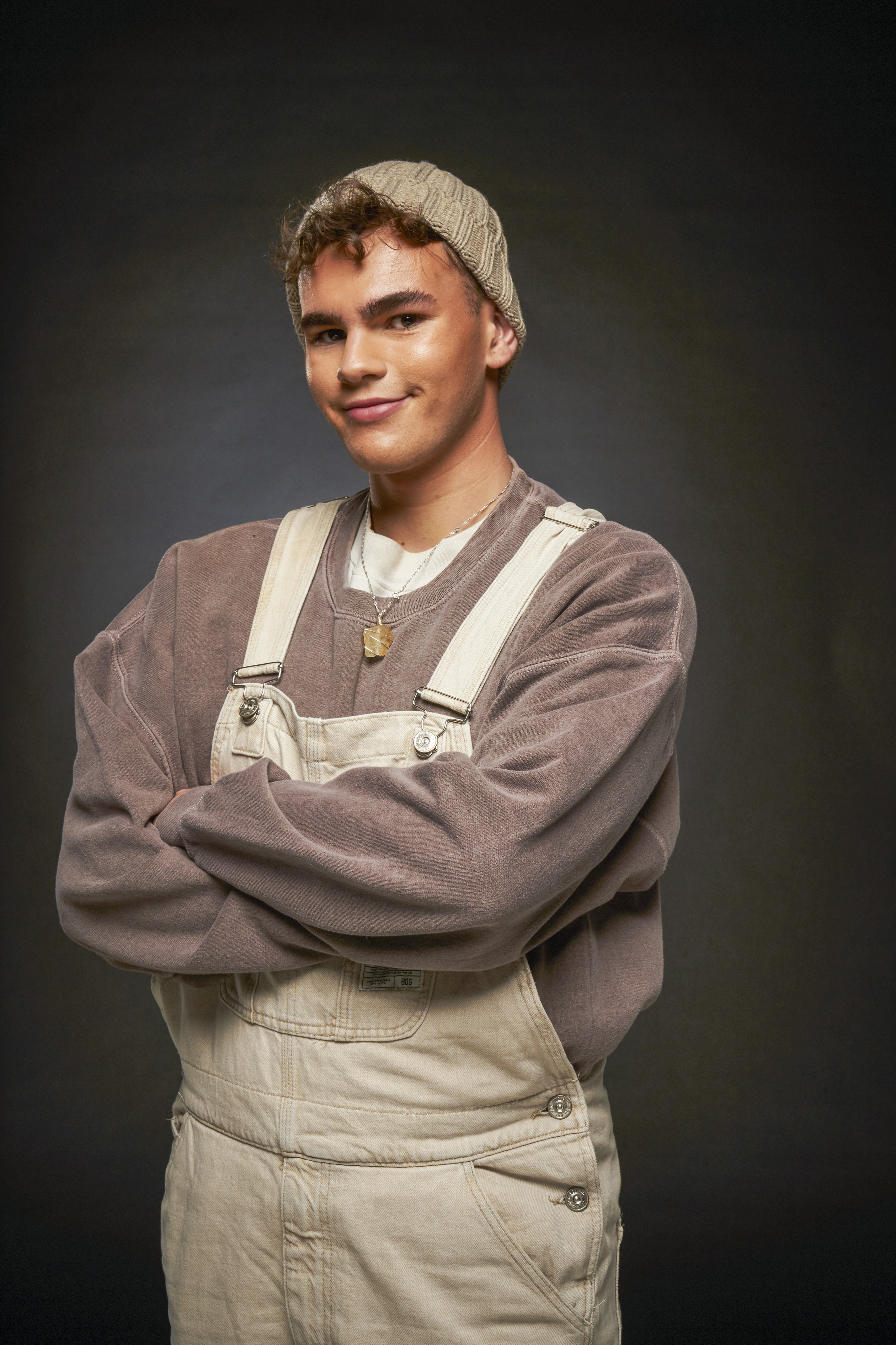 Ryan, 20, said: “The Manchester Terrorist Attacks made me realise being an MUA was my dream career”

He dabbled in drag at the age of 14/15 and now is at Bolton University studying prosthetics.

All of his ethereal makeup looks are can be found @rybeaumua. 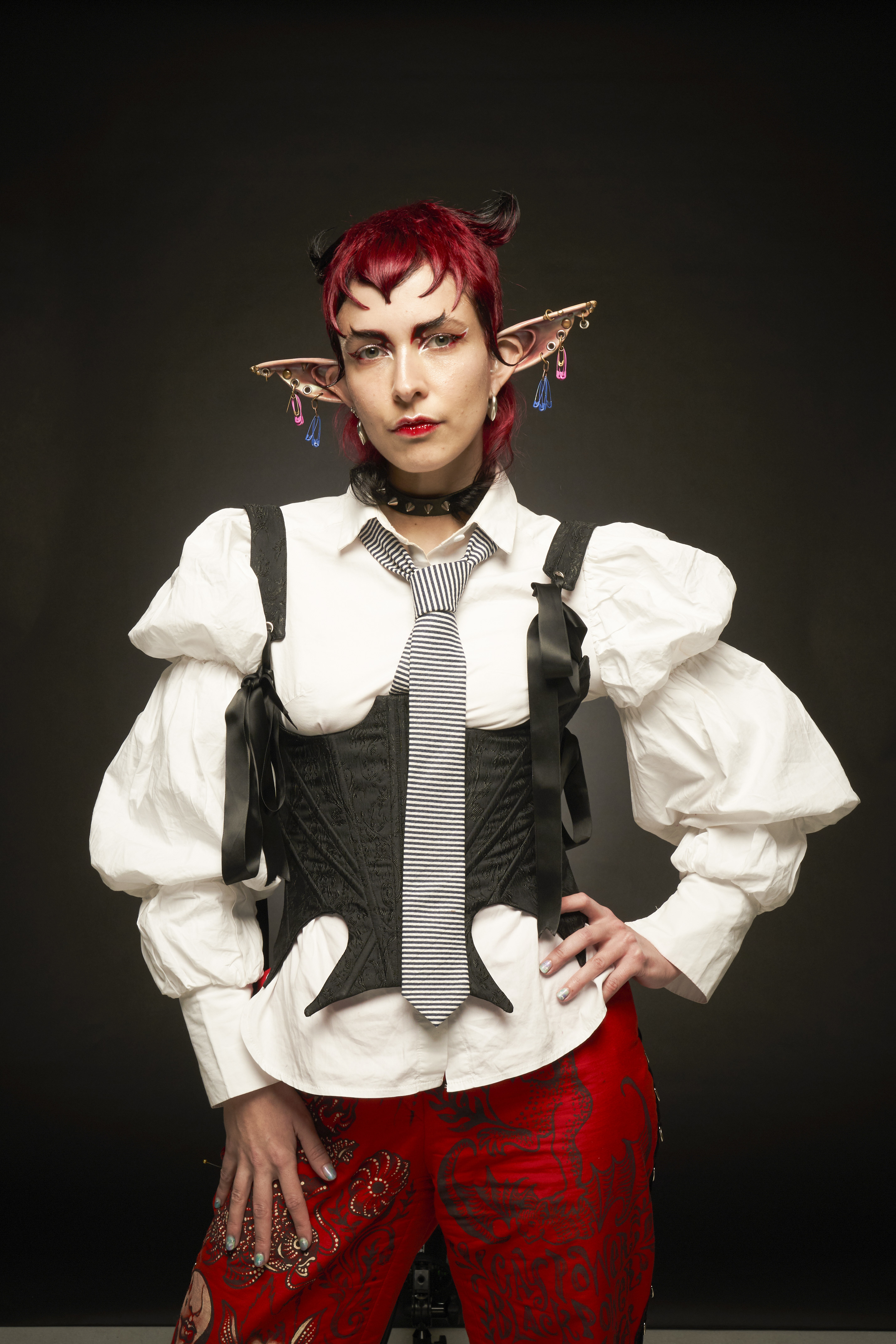 @MackerelMonday on Instagram is better known as Sophie Gouk, 26, a freelance MUA.

The London based MUA features lots of creatures and cryptids on their Instagram, elevating the looks with twists of creativity.

Their page showcases collections such as queer fairytales and ocean beauty, mixing prosthetics and special effects with beauty.

They said: “I've struggled finding my feet in the industry, but I’m finally being appreciated for my creative work” 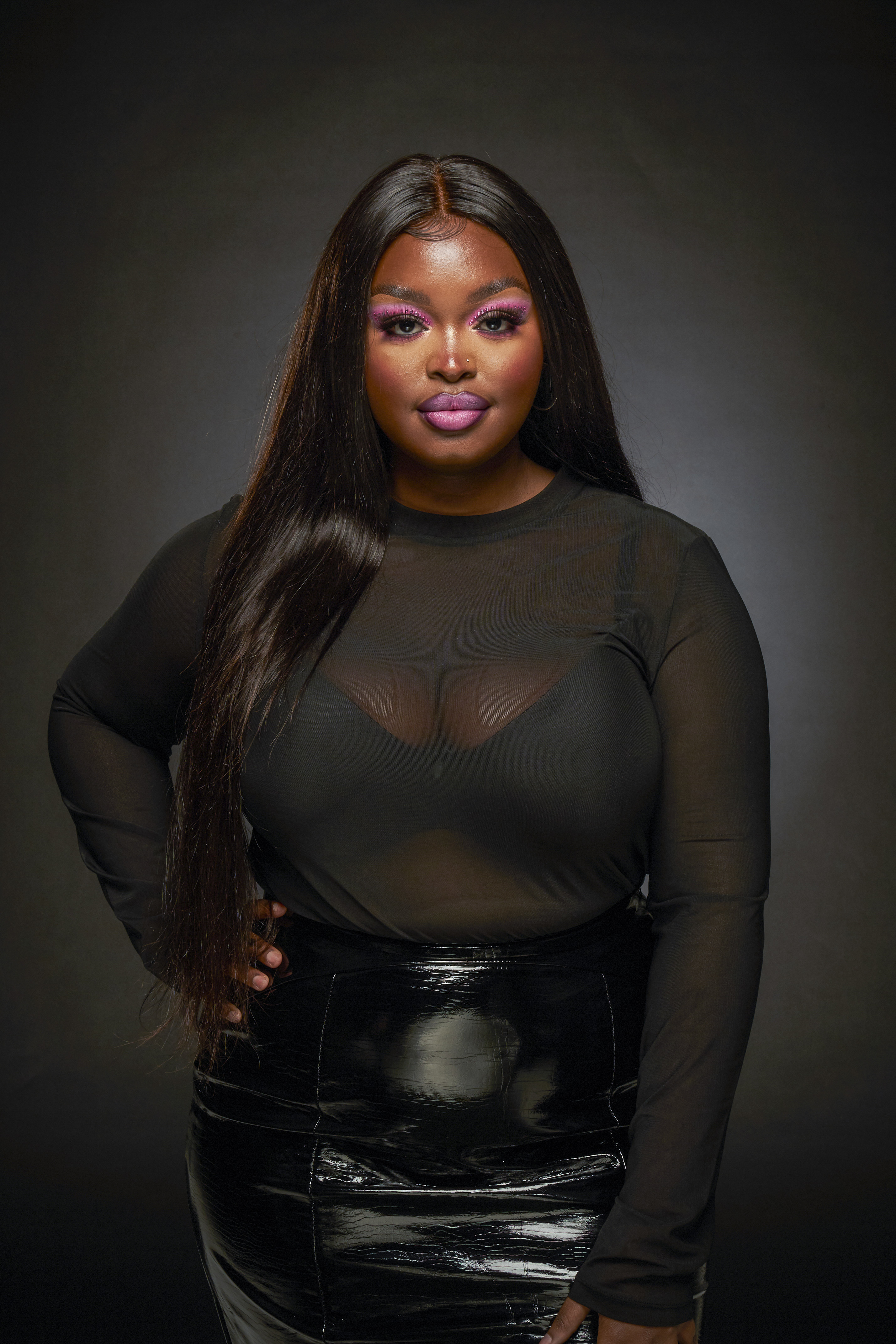 Ultra glam Rachel, 24, describes herself as a "Beauty Content Queen".

Her background in pharmaceuticals was driven partly by a want to learn more about makeup.

She runs a YouTube channel on which she is going to share behind the scenes insight into Glow Up after each episode.

Rachel's Instagram can be found at @beatbyrache and is full of glam looks, although she has delved into more creative ones recently. 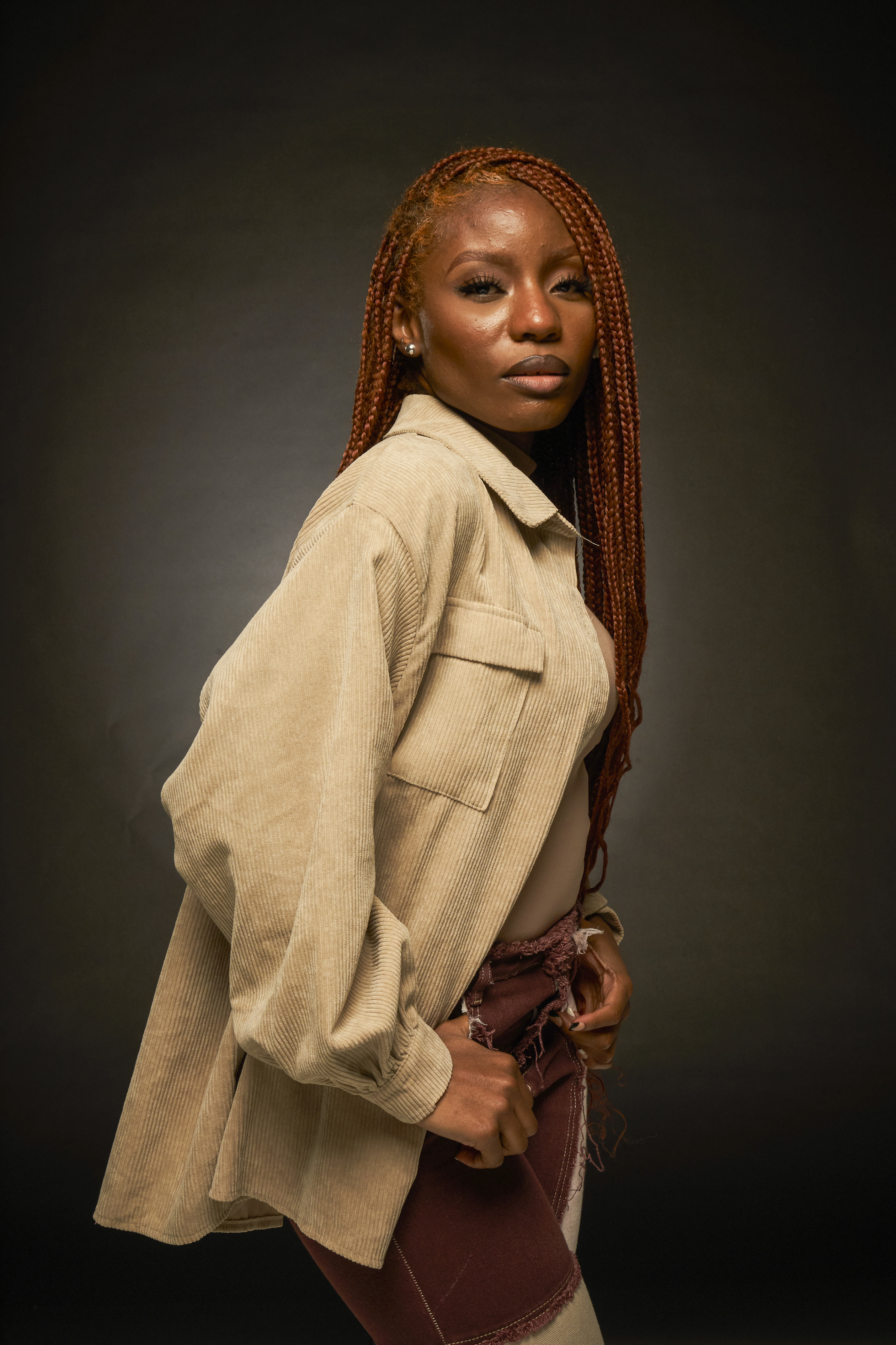 MUA Nancé goes by @thenskbeauty on Instagram, where she posts her ultra glam looks.

Nancé, 29, is a professional makeup artist and content creator and has worked on many high-end beauty counters such as Lancome.

She said: "I’ve struggled to get my foot in the door, so now I’m ready to make my own seat at the table."

As a freelance MUA she does many bridal looks as well as music videos and fashion editorials. 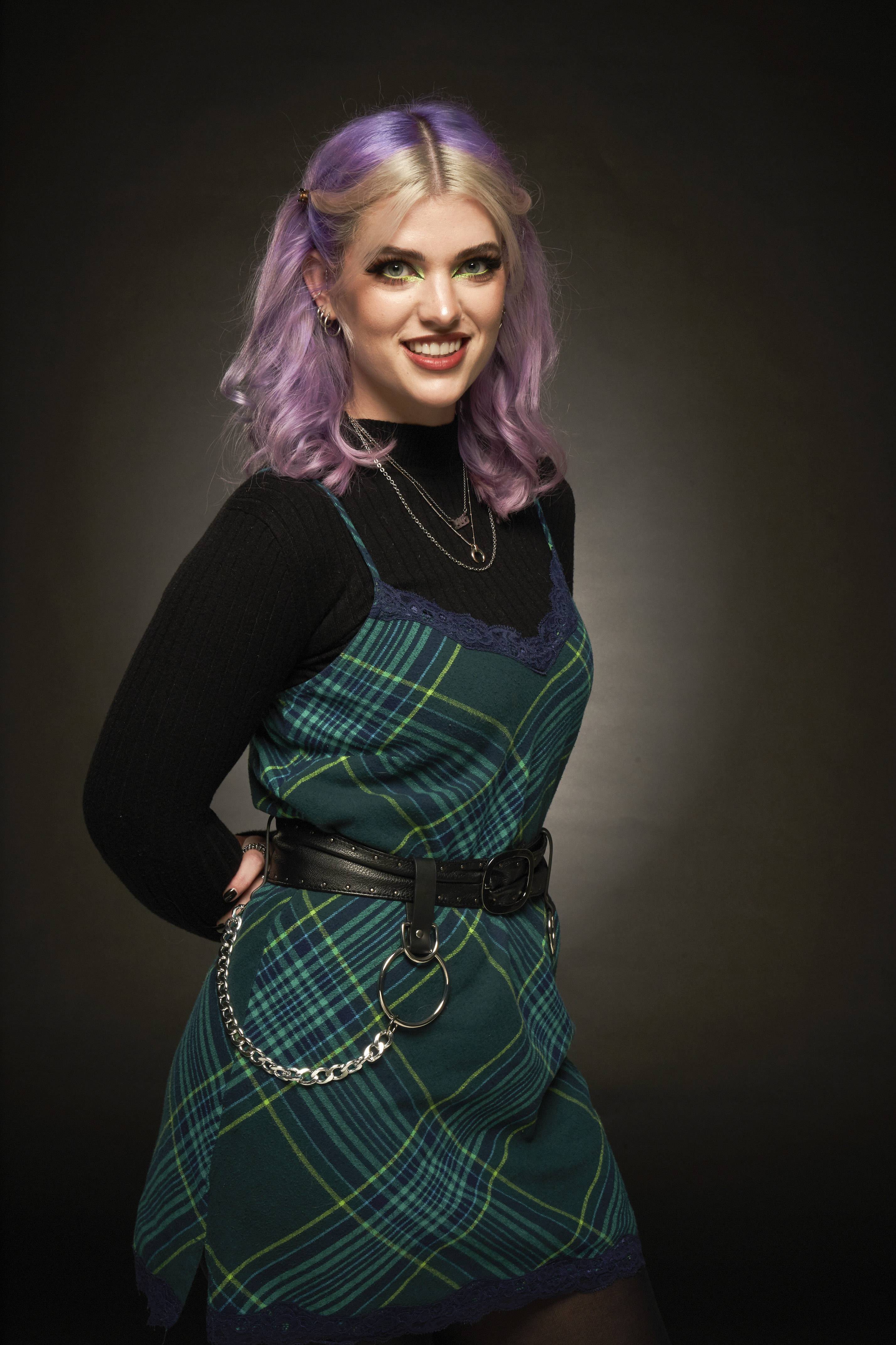 She has over 330k followers on the video platform TikTok where she showcases her bold and colourful looks.

Lisa, 26, describes herself as a "self-taught Shapeshifter" in her Instagram bio.

She said: "I've inspired my Primary School students to follow their dreams and now the tables have turned!" 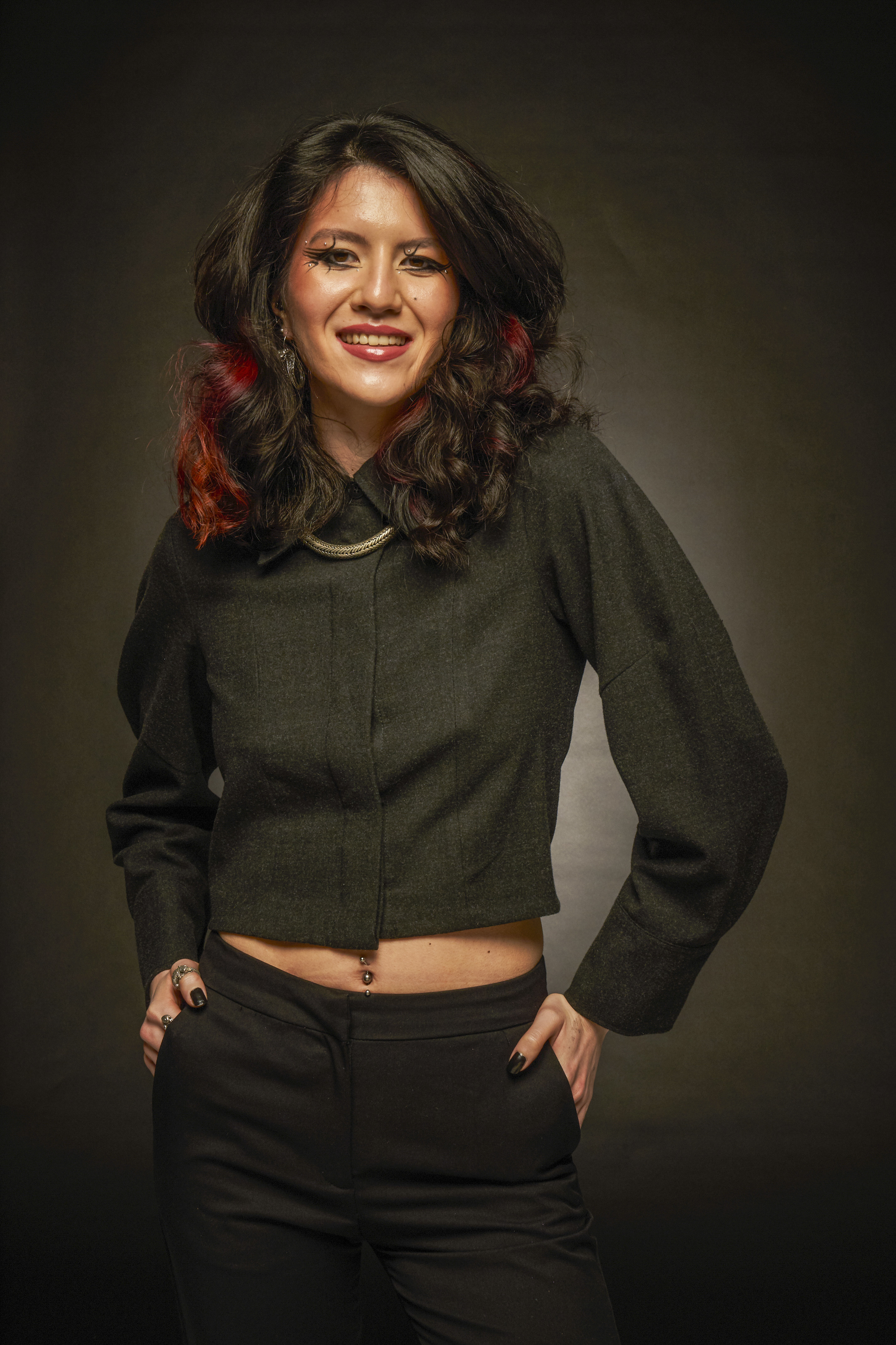 Creative director and MUA Yong-Chin, 25, is hoping to impress with her range of talent.

Her Instagram, @ymbreslin, features a wide range of looks from stripped back bare beauty to loud and bright flowery art.

While she is proud of her working-class Glaswegian background, her Asian heritage also inspires much of her art.

Yong-Chin said: “I’m desperate to pursue my dream of being a make-up artist”.

Who are the guest judges on Glow Up Season 4?

Resident judges Val Garland and Dominic Skinner will once again be joined by a range of guest judges.

Each guest judge will provide expert insight into a specialist area of makeup.

This year's guest judges will be:

Who is the host of Glow Up?

Presenter and DJ Maya Jama will be back to host the competition for the second time.

Maya, 27, stepped into the role when the previous presenter Stacey Dooley was fired for breaking the contract, as reported by The Sun.

She co-presented Trending Live! on 4Music between 2015 and 2017 and has presented lots of competitions and shows since then.

Bristolian Maya is well known for her own flawless makeup looks for events.

When does Glow Up start on BBC3?

The fourth series of Glow Up returns to BBC3 at 8pm tonight (Wednesday, May 11)

It will air weekly, with an MUA being knocked out of the competition each week.

Are YOU the biggest ever EuroMillions winner? Brit yet to claim £184m prize

You can find each episode on the BBC iPlayer as well as previous seasons.

There is also a full season of Glow Up Ireland to watch on BBC3 too.