Ahead of the Easter weekend, Charlotte Hawkins and Alex Beresford were on hand to give Good Morning Britain viewers the latest headlines. They were joined in the studio by journalist Richard Gaisford while Des Coleman presented the weather forecast from Matlock Farm in Derbyshire. But it seems fans of GMB are still missing Piers Morgan after he dramatically quit his role on the news programme last month.

Charlotte and Alex spoke to Dr Amir Khan about whether the public will have to learn to live with Covid in a similar way to flu.

They also got the latest updates on the disappearance of Richard Okorogheye as police focus their search on Epping Forest, Essex.

Former Scotland Yard detective Peter Bleksley also spoke about policing during the pandemic, saying it has been “extremely challenging”.

However, despite a packed schedule, viewers weren’t impressed with Charlotte and Alex, declaring they were switching channels. 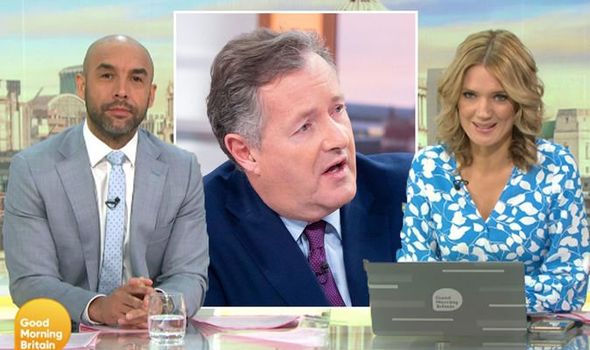 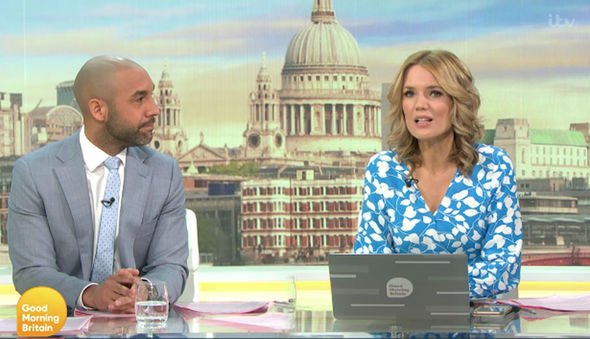 Taking to Twitter to complain, one viewer posted: “Switched on, and switched straight off, this show not for me now. Naga all the way BBC breakfast #GMB.”

Another added: “Soon as I heard Alex was I instantly turned over to #BBCBreakfast, can’t stand the snake #gmb so going down hill, bet they’ve lost a ton of viewers today again!!”

A third posted: “So the weather guy is presenting the programme so they bring in some random guy to do the weather? #gmb.”

“The Z Team. #GMB,” someone else simply posted, while another added: “#GMB is finished without Piers. Awful…” 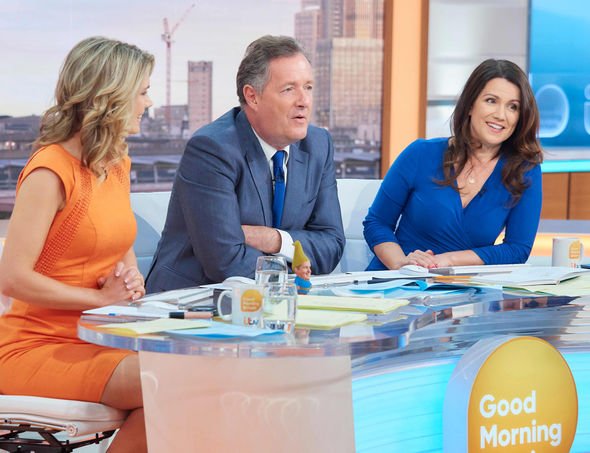 He told Deadline: “Piers is a special thing. You can’t replace somebody like him.

“There is nobody like Piers, for good or bad.”

He added they have a roster of presenters who are “stepping up” and “doing more days” to help cover Piers.

“We’ll mix and match until we feel what the right thing is to do,” Kevin continued. “There isn’t a single person [who can replace him].”

While Piers is not on GMB, he will continue to work with ITV and shows such as Life Stories.

Kevin went on to tell the publication he is “amazed” he last five years on Good Morning Britain and there “were other moments” when he thought the host might quit.

He recalled: “The last time I signed him was about a year-and-half ago, and I remember saying: ‘Well, we’ve had a great run haven’t we Piers?

“I can’t believe there’s ever going to be a moment where I present you with a carriage clock for long service, so let’s just keep it going for as long as we can.’”

Piers has explained he was told by Kevin he would have to quit or apologise for the comments he made about Meghan Markle’s mental health.

The controversial presenter decided to leave the show, explaining: “I called Kevin back, said I wouldn’t be apologising, and we agreed I’d leave GMB with immediate effect.”

Good Morning Britain airs weekdays on ITV at 6am.