ITV’s This Morning saw Holly Willoughby and Phillip Schofield back for another edition of the daytime show. Today, they were joined by artist Grayson Perry who will be back on-screen again soon for his new series, ‘Big American Road Trip’ which sees him followed around the US and meeting people from all walks of life. However, during a promotional interview, Grayson included the word “b******t” in a response he gave to the hosting pair, leading them to both to apologise to viewers.

The much-loved creative helped viewers through lockdown earlier this year with his series Grayson’s Art Club, which he presented alongside his wife Philippa.

And today, Grayson was on This Morning to promote his upcoming Channel 4 show.

The artist will be seen in a very different setting to his previous venture as he travels around the US.

But Grayson had to apologise to Phillip and Holly after he accidentally made a slip of the tongue during his interview. 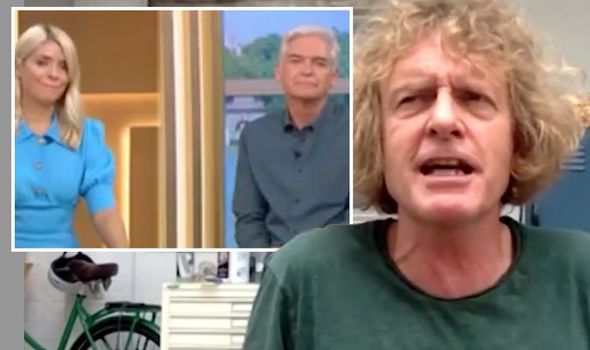 Late in the chat, Grayson opened up about his experiences of therapy, which led to him swearing live on-air.

He gave a candid insight into his time in therapy and how it had helped him in the long-term.

Grayson told Phillip and Holly: “It helps me understand my own implicit biases when I’m thinking about things.

“It also helps me to understand that other people are walking around looking through a lens distorted by their experiences, their family history, their identity.” 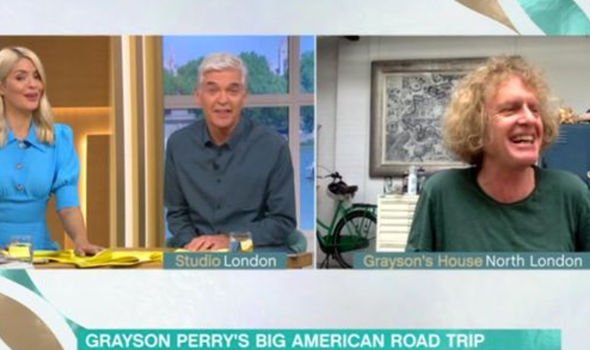 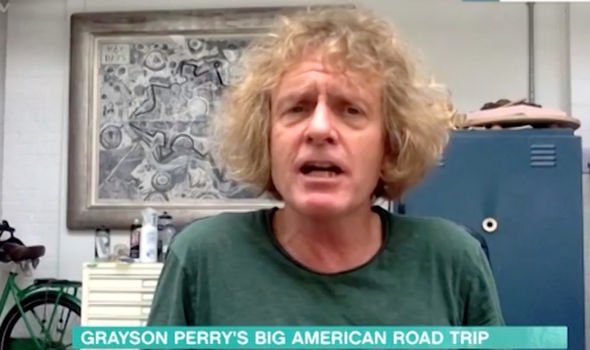 Speaking out on how it could help others, he said: “We all carry a lot of baggage and we’ve got to have a little bit of sympathy for each other that we’re carrying that baggage.”

The presenting duo couldn’t help but laugh at the interviewee’s blunder.

When the camera turned back to them, they were seen giggling at what had just happened.

Phillip apologised moments later, telling viewers: “We have to say sorry about that, there we go”

His co-star Holly also commented on the moment, adding: “Sorry for that, that’s alright.”

Of course, fans quickly took to social media to comment on the hilarious slip-up from the star.

A fourth wrote: “He didn’t even apologise for swearing…just laughed!”

“I love a cheeky swear word on daytime tv,” said a fifth viewer.

This Morning airs weekdays from 10am on ITV.