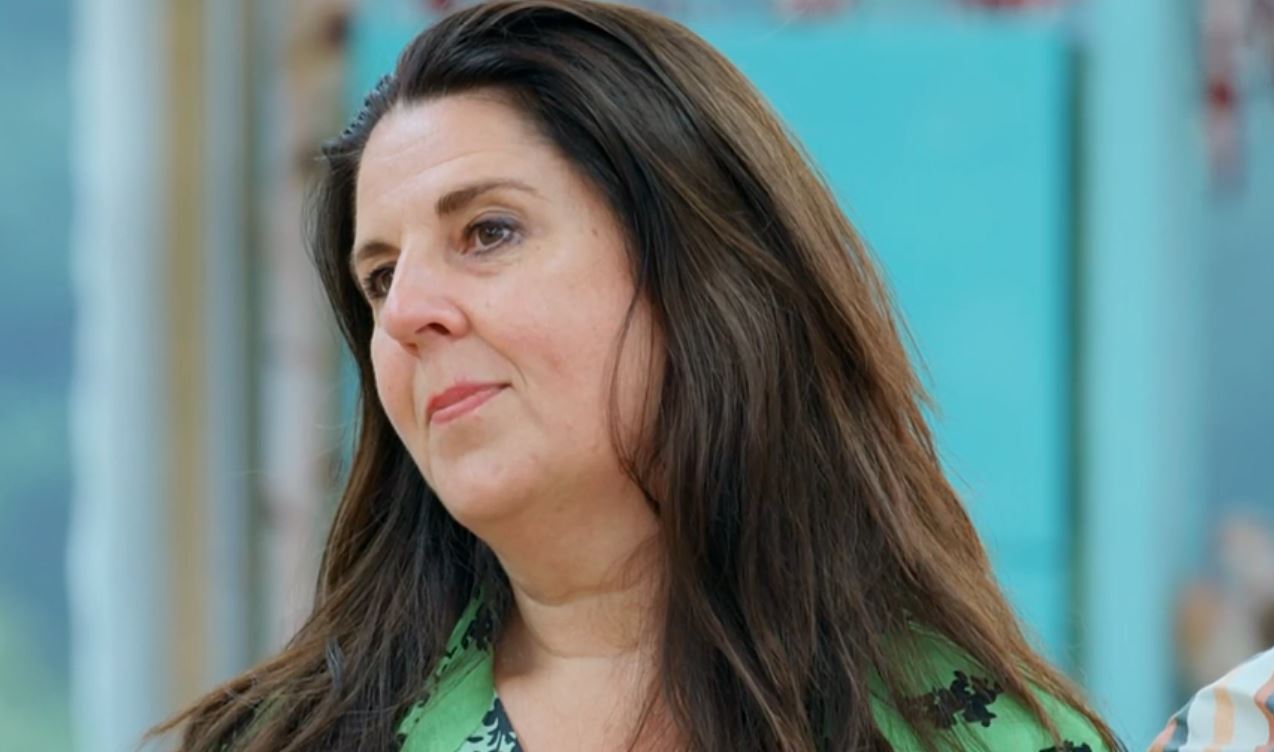 Great British Bake Off’s Amanda is the latest contestant to be eliminated after failing to impress during pastry week.

Judges Paul Hollywood and Prue Leith chose to eliminate the baker following her kitchen disaster, which saw her savoury pie collapse just moments before she had to deliver it for critiquing.

After Noel Fielding revealed the bad news, Amanda told the camera: ‘You’ve got to go some time. I didn’t think I’d get this far. I’ve had such a good time.’

‘It is a little bit stressful here, but it’s a kind of fun stress,’ she added.

‘I’m so happy to have met all these other wonderful people and maybe if I didn’t talk so much of would have gotten a bit further in the show.’

Amanda had viewers on tenterhooks in scenes that aired tonight as she struggled to remove her pie from the tin.

Noel couldn’t bear to watch the nightmare unfold as he placed his hands over his eyes, but her fellow co-stars came to the rescue and attempted to help remove her bake.

âIt is an emotional rollercoaster but certainly one that I would recommend to any keen bakerâ
Hereâs Amandaâs lovely letter to all you Bake Off fans. #GBBO pic.twitter.com/pz79dUSG2U

Speaking of the blunder, Amanda said: ‘My terrine pie disintegrated as I tried to take it out of the tin. Chigs came to help me but even he couldn’t rescue the disaster.’

This week, the remaining contestants were tasked with making signature choux pastry doughnuts before going on to tackle a tricky Turkish technical.

For the showstopper, the contestants were challenged with whipping up a savoury pastry pie with flavour as well as a delicate design.

Great British Bake Off airs Tuesdays at 8pm on Channel 4.