Malaysian-born British actor Henry Golding has enjoyed something of a meteoric rise in the last few years, shedding his roots as a TV host, model, and a onetime hairdresser to become a modern-day matinee idol. His bonafides as a former journalist also mean he’s poised in an interview, made apparent in a recent Zoom conversation with IndieWire to discuss his career-best performance in Hontg Khaou’s delicate identity odyssey “Monsoon.”

“Monsoon” effectively washes away the debonair aura of Golding’s upstart Hollywood stardom as established in splashy films like “Crazy Rich Asians,” where he played the continent-hopping story’s moneyed groom-to-be, and comedies “A Simple Favor” and “Last Christmas” with director Paul Feig. He’s still a dashing leading man, but now proves himself as able to nimbly shoulder a small-scale indie like “Monsoon,” a wistful travelogue tracing his character’s journey through Vietnam to rediscover his family’s immigrant past. His character, a Vietnam-born Brit named Kit, is also gay, an aspect that’s deliberately underplayed by director Hong Khaou.

“It was so beautiful the way that his sexuality didn’t even matter to the bigger picture or the story at hand. Normalizing a human being’s sexuality is what we all strive for,” Golding said, adding that there were tough upfront discussions surrounding the issue of the straight Golding playing a gay character.

“There’s no there’s no real right or wrong answer when it comes to straight actors playing gay characters, or gay [actors] playing straight roles,” he said. “But I feel it is necessary, because we’re so fledgling in this … trend to make it normality.” With the caveat, Golding said, that “we need to understand that, if we are creating something with a strictly gay role or vice versa, we need to be progressing that conversation.”

Though Kit’s identity as the child of refugees from Vietnam who fled to the UK after the war is unstable, Golding described Kit’s sexuality as hardly so. “The wonderful thing is that the only security and solace that Kit finds is within his sexuality. That understanding of who he is, in that respect, is what makes him the happiest.” In “Monsoon,” we see that play out in a relationship he forms with an American named Lewis (Parker Sawyers). “What starts is as almost like a lustful kind of explosion of energy becomes a very subtle and caring and loving relationship,” Golding said. 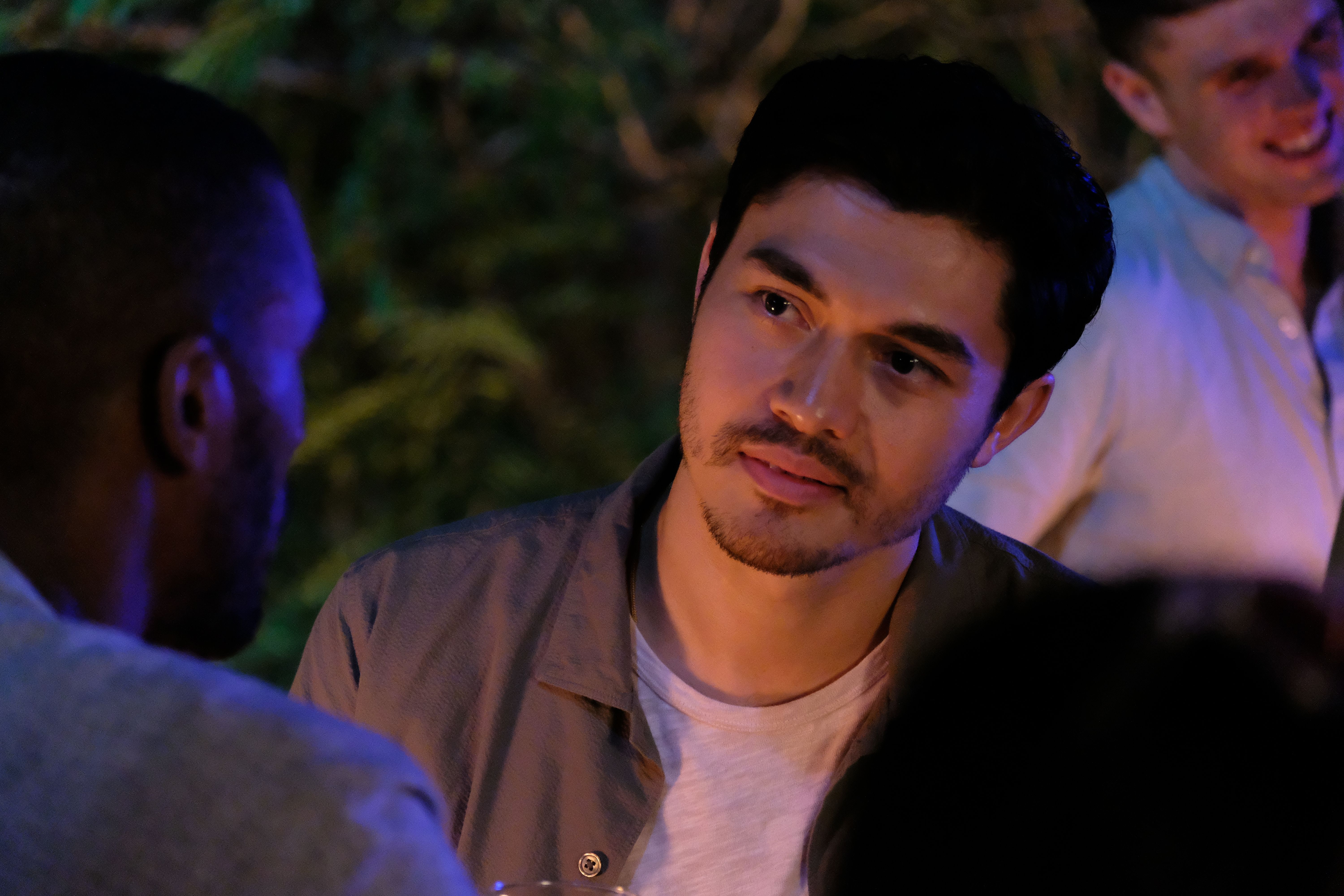 Golding’s own arc isn’t so different from Kit’s. Now 33, Golding left Malaysia at the age of eight, only to return when he was 21 and remain in his birth country until his late twenties when the casting call for “Crazy Rich Asians” lured him to Hollywood.

“I had the exact same journey that Kit had, minus the sexuality, minus that label. I came from the UK back to Malaysia under the same pretenses of Kit trying to find his history of being Vietnamese, and that was the most important thing,” Golding said.

As in director Jon M. Chu’s “Crazy Rich Asians,” where he played the Chinese-Singaporean Nick Young, Golding is once again assuming a different ethnic background, but the actor said that he finds the question around who gets to play who “tiresome,” especially after Golding drew flak for playing a Chinese character in Chu’s film.

“I’m never going to play my exact race, 100 percent of the time, ever. Unless there’s a half-Malaysian, half-British character, then yeah, okay. We’re actors, at the end of the day, and bringing a discussion of race into a fictional character … it gets really old,” he said. “I do understand when it comes to having the casting directors, the production team gone through the right challenges and finding the right people for the role. There’s that kind of discussion. But for me, I will never be your A-plus choice for a Chinese character, or an Indonesian character, or an Asian character. In general, I’m not going to be 100 percent right, but I am sure as hell going to play the hell out of that role.”

Golding added “that discussion is going to happen on every single one of my movies. Or we can take a leaf out of the ‘Monsoon’ book and normalize it.”

“Crazy Rich Asians” was not only a global box-office sensation, grossing nearly $240 million, but the rom-com was also a landmark case of a studio (in this case, Warner Bros.) taking a bite out of marginalization to bring Asian stories to the front of the multiplex. A franchise was a no-brainer. But Golding said the filmmakers are still at the drawing board in terms of how to adapt the sequel novels from Kevin Kwan, 2015’s “China Rich Girlfriend” and 2017’s “Rich People Problems.” Given the pandemic, and shuffles in the production team, it’s going to be awhile before we see the next installment. 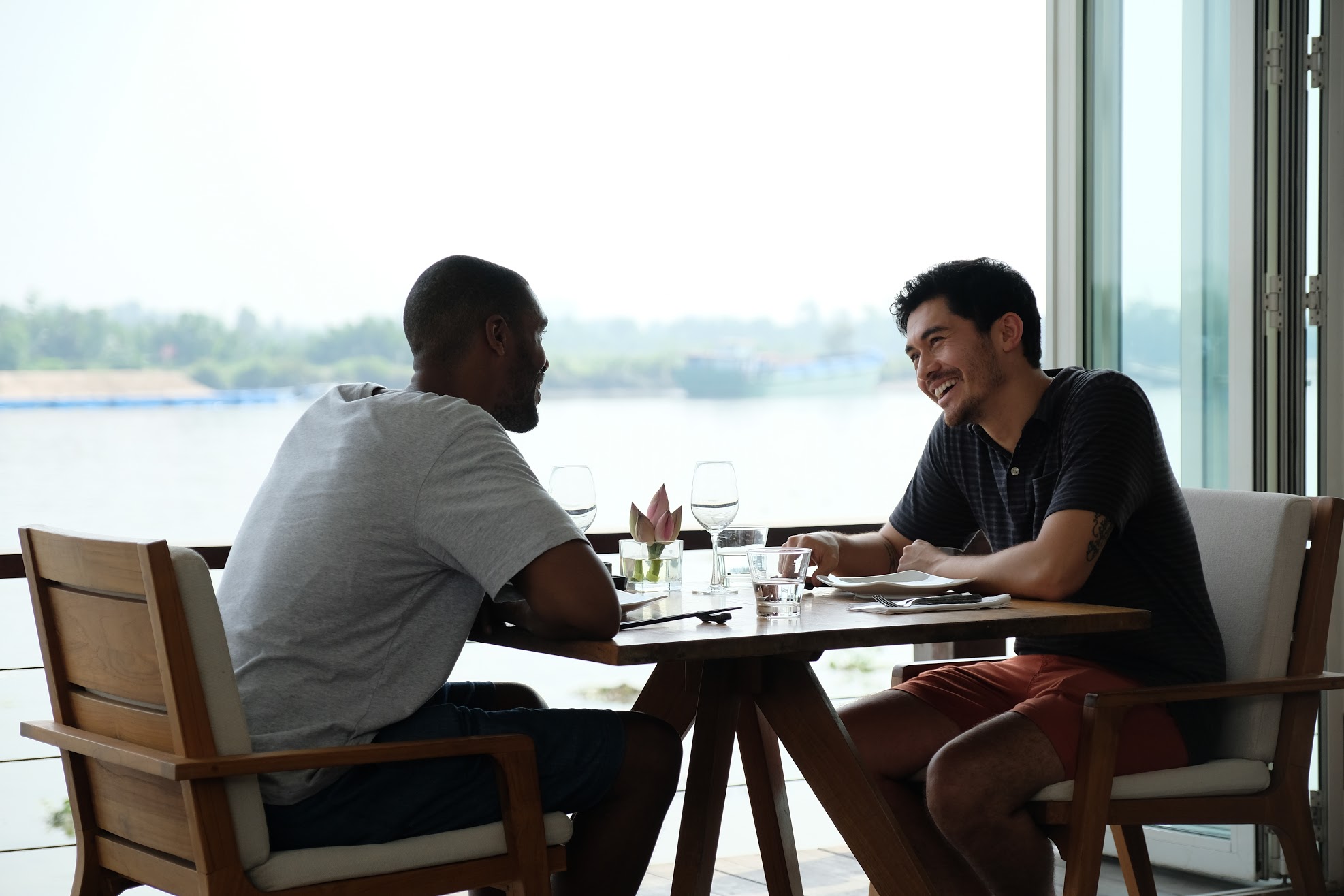 “Your guess is as good as mine,” Golding said when asked about possible release plans for the films, but added that he occasionally dishes with the filmmaker over beer to on where the story could go. Golding also assured that all the ado last year surrounding the franchise exit of the original film’s co-screenwriter Adele Lim (set to receive a fraction of co-writer Peter Chiarelli’s near-seven-figure pay) after a salary dispute isn’t to blame for the delay. No writing had been completed at the time.

“[Jon M. Chu] is still at that stage with trying to create a viable storyline for the next two movies. Sometimes, it’s really difficult to translate [the original books] onto the big screen, and with the pressure of trying to keep up the same interest we had with the first movie. The bar has already been raised really high,” Golding said.

Though “Monsoon” showcases more low-key dramatic work from Golding, he’s set to lead his first action tentpole in Paramount Pictures’ G.I. Joe prequel “Snake Eyes.” The globe-trotting film directed by Robert Schwentke was originally slated to open in 2020, but was pushed to October 22, 2021 due to the pandemic.

“It was disappointing, but it was completely the right choice,” said Golding, who added that production on the film wrapped in Japan a week before the country went into lockdown. Given the film’s sprawling international cast, including Andrew Koji (“Peaky Blinders”), Iko Uwais (the “Raid” films), and Samara Weaving (“Ready or Not”), and big overseas potential, “it’s not the right time to bring out a movie like that,” Golding said.

Though fans will have to wait well into next year to see Golding’s superhero skills in action, the film will show audiences a whole new side of the actor, as he and his cast mates perform the majority of their own stunts in camera, including katana sword-fighting.

A far cry from the quieter emotional stakes of “Monsoon” to be sure, but Golding, like Kit in “Monsoon,” isn’t finished looking inward. Framed on the wall behind him during our interview was a 2013 Cannes Film Festival poster. “I went as a journalist,” he said. “I was there doing interviews. It’s such a lovely reminder of my past life.”

“Monsoon” opens in select theaters, virtual cinemas, and on VOD on Friday, November 13. Head to Strand Releasing’s film page for how to watch it.