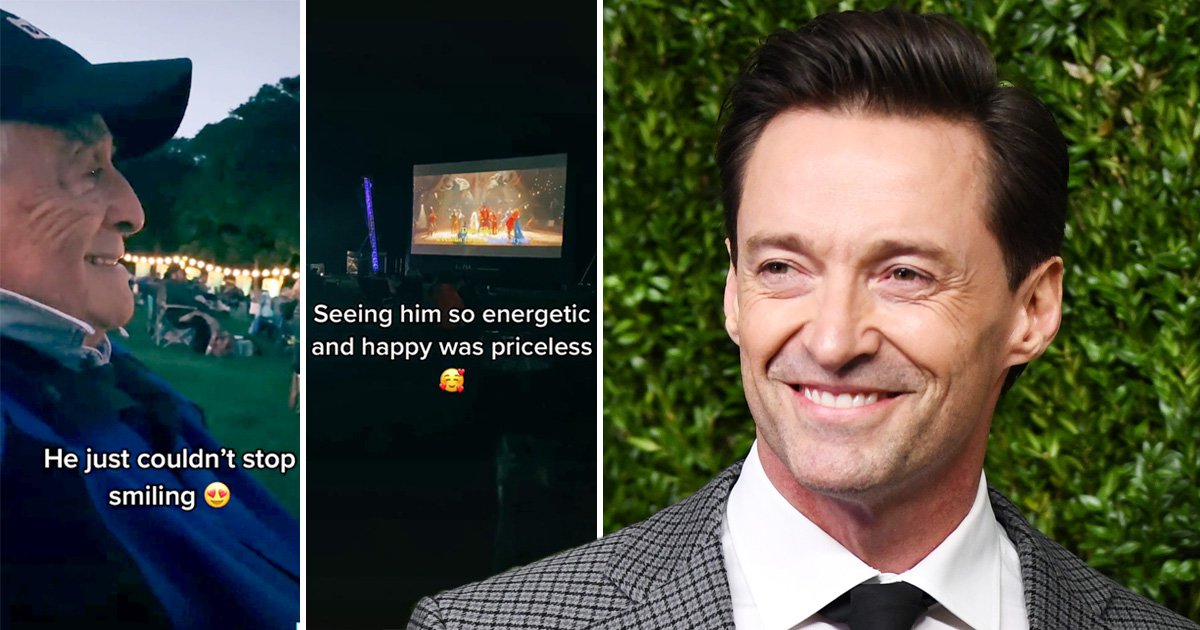 Hugh Jackman has had his heart melted by a sweet granddad with dementia who fell in love with his film The Greatest Showman and, honestly, same.

A TikTok user named Charlie shared a video of his granddad heading to see the film at an open-air cinema – and his emotional reaction as he recognised the songs.

Showing his adorable reaction throughout the film, including drumming on his legs and grinning as hits including From Now On and The Greatest Show played, Charlie also showed his granddad crying tears of joy when the credits rolled.

‘Wonderful! I could watch it again,’ he said at the end.

Hugh, who plays PT Barnum in the beloved musical, saw the video, thanking Charlie for the sweet clip.

‘Thanks for sharing Charlie,’ he tweeted. ‘Your Grandad sure made me smile. Please give him a hug for me. HJ.’