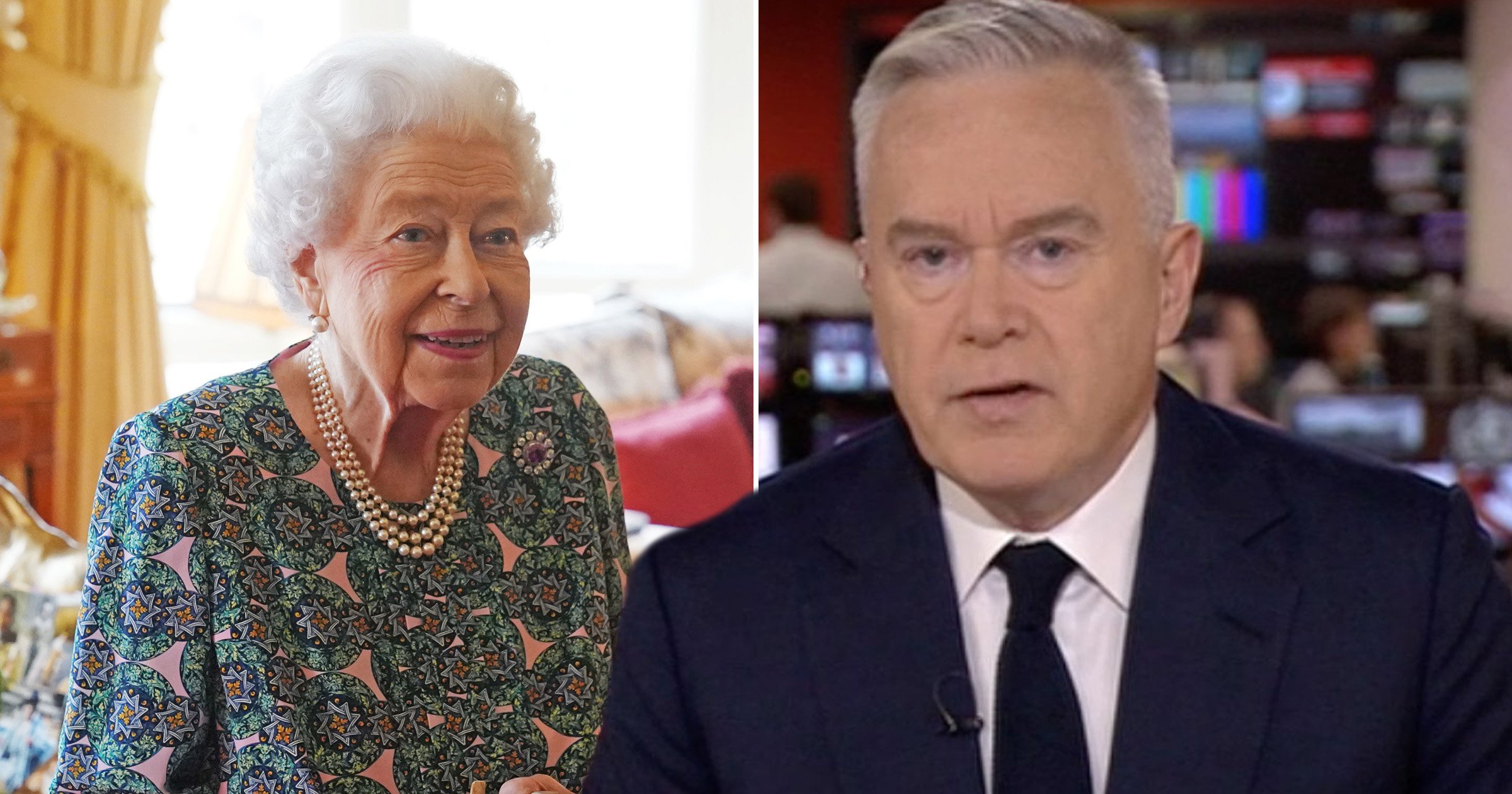 Broadcaster Huw Edwards has been seen wearing a black tie while presenting BBC News amid the ongoing concern surrounding the Queen’s health.

Today, Buckingham Palace announced that the 96-year-old monarch’s health was being monitored at Balmoral after doctors became concerned for her health.

Members of the royal family including Prince Charles, Prince William, Prince Harry and Meghan Markle are travelling to Scotland to be with her, while BBC One suspended its regular programming to air a special news programme.

At roughly 1.50pm, Edwards appeared on BBC One to continue to the news coverage, with viewers quickly spotting that he was wearing a black tie.

When Prince Philip, the Duke of Edinburgh died in April 2021 at the age of 99, BBC reporters quickly changed into black clothes as a sign of respect.

‘Something hits you in your gut when you put on BBC News in the middle of the day and Huw Edwards is presenting while wearing a black suit and tie,’ one person watching the breaking news special tweeted.

However, others questioned the choice of attire, including one person who asked: ‘Is it appropriate for Huw Edwards to be wearing a black tie? She’s still with us and the doctors say comfortable.’

A statement released by the Palace today read: ‘Following further evaluation this morning, the Queen’s doctors are concerned for Her Majesty’s health and have recommended she remain under medical supervision.

‘The Queen remains comfortable and at Balmoral.’

When the news broke today, BBC One interrupted a programme to switch to a presenter in the news studio, who informed viewers what was going on.

‘Welcome to viewers on BBC One. We have had news from Buckingham Palace that the Queen is under medical supervision at Balmoral,’ the newscaster said.

‘The doctors had become concerned for her health and she is now being under the supervision of doctors at Balmoral. It is understood that she is comfortable and that immediate family members have been informed.’

Several celebrities have spoken out to wish the Queen well, including Piers Morgan, Martin Lewis and Lord Alan Sugar.

Morgan tweeted that it was a ‘very unsettling day’, while The Apprentice host wrote: ‘I am sure the whole nation will join me in wishing her well for a speedy recovery.’

It’s believed all four of the Queen’s children are travelling to be at her side.

While the Duke and Duchess of Sussex were due to attend the WellChild Awards ceremony in London on Thursday evening, they have now changed their plans to be with the royal family’s matriarch.