I'M A Celebrity fans were left sickened last night after the campmates were served dead ducks with their heads still on for their dinner.

Disgusted viewers reacted in their droves on Twitter, after seeing Victoria Derbyshire shrieking over the "floppy heads" in the castle hamper. 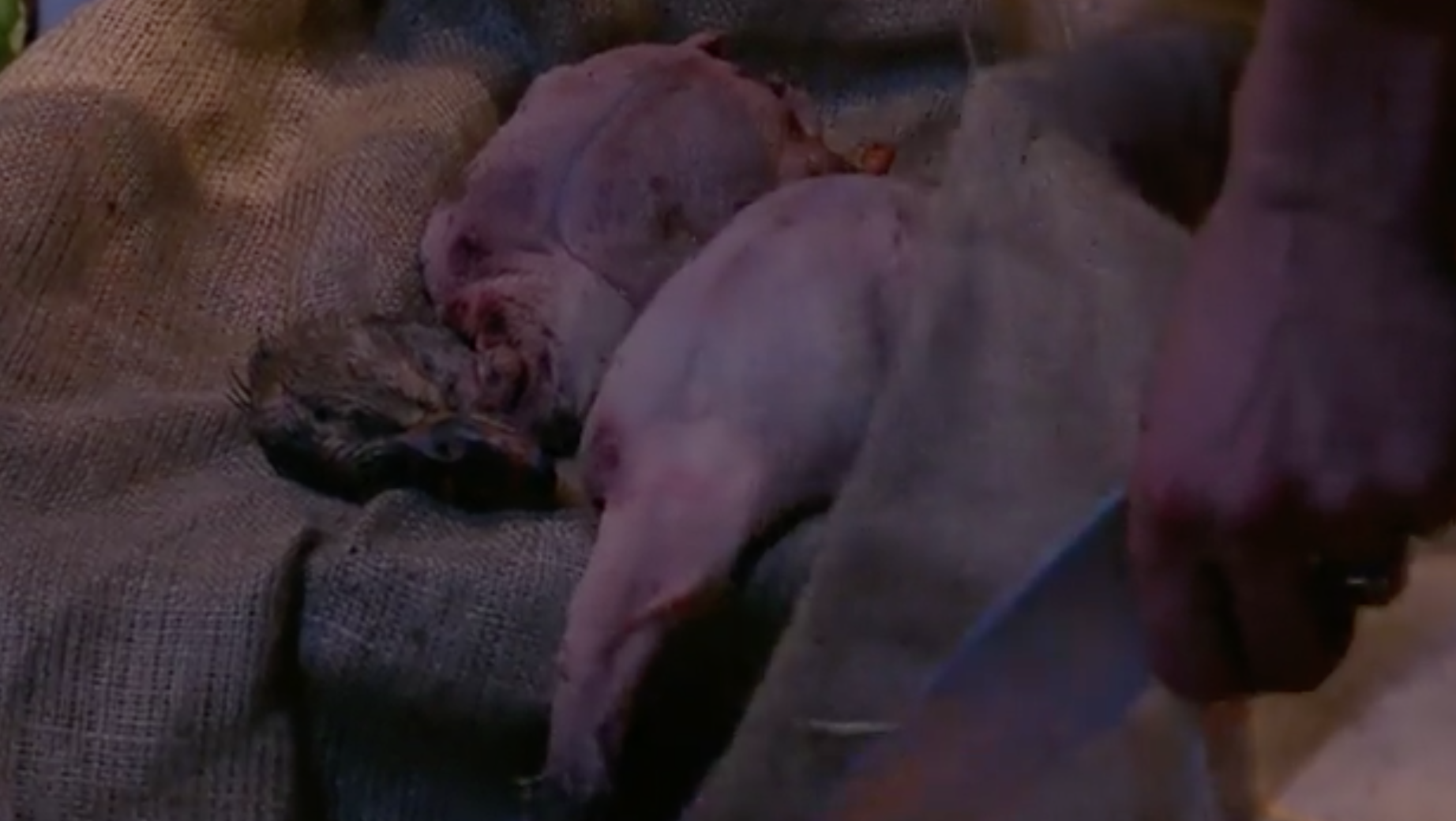 On seeing the twi ducks, Vernon Kat admitted: "It looked like something you'd see in your local pond to be honest for you."

And Victoria said: "Oh my god it literally is a bloody duck with the bloody heads on. 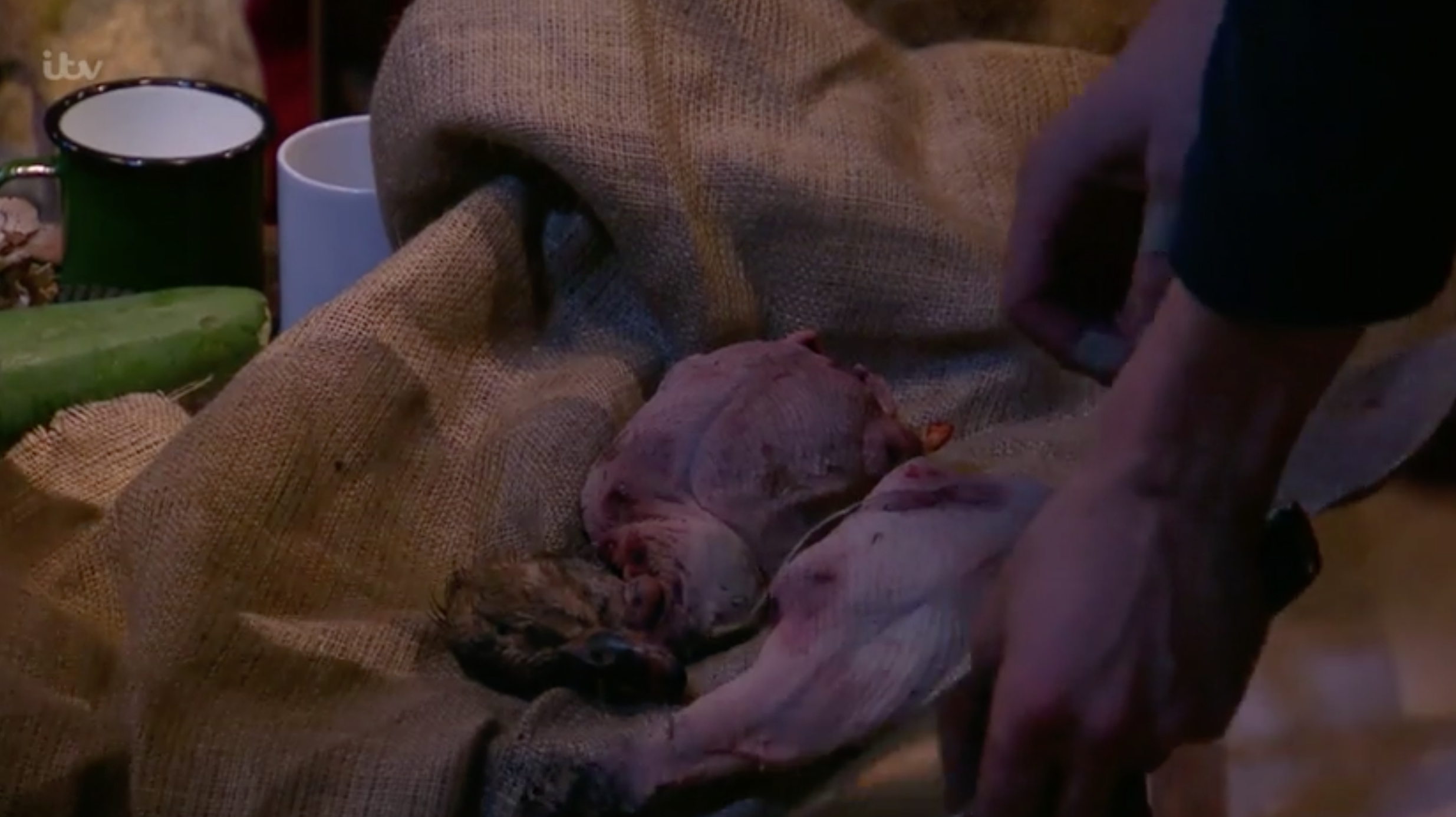 Viewers were left feeling queasy after the exchange, and one fan raged: "Those ducks have their heads still on Face vomiting disgusting and disgraceful ughhh #ImACeleb"

Another viewer tweeted: "It was horrible im seeing the duck carcasses with the heads still on! They looked very burnt when cooked too"

As another said: "Nah why do all their animals comes with heads still attached #ImACeleb" 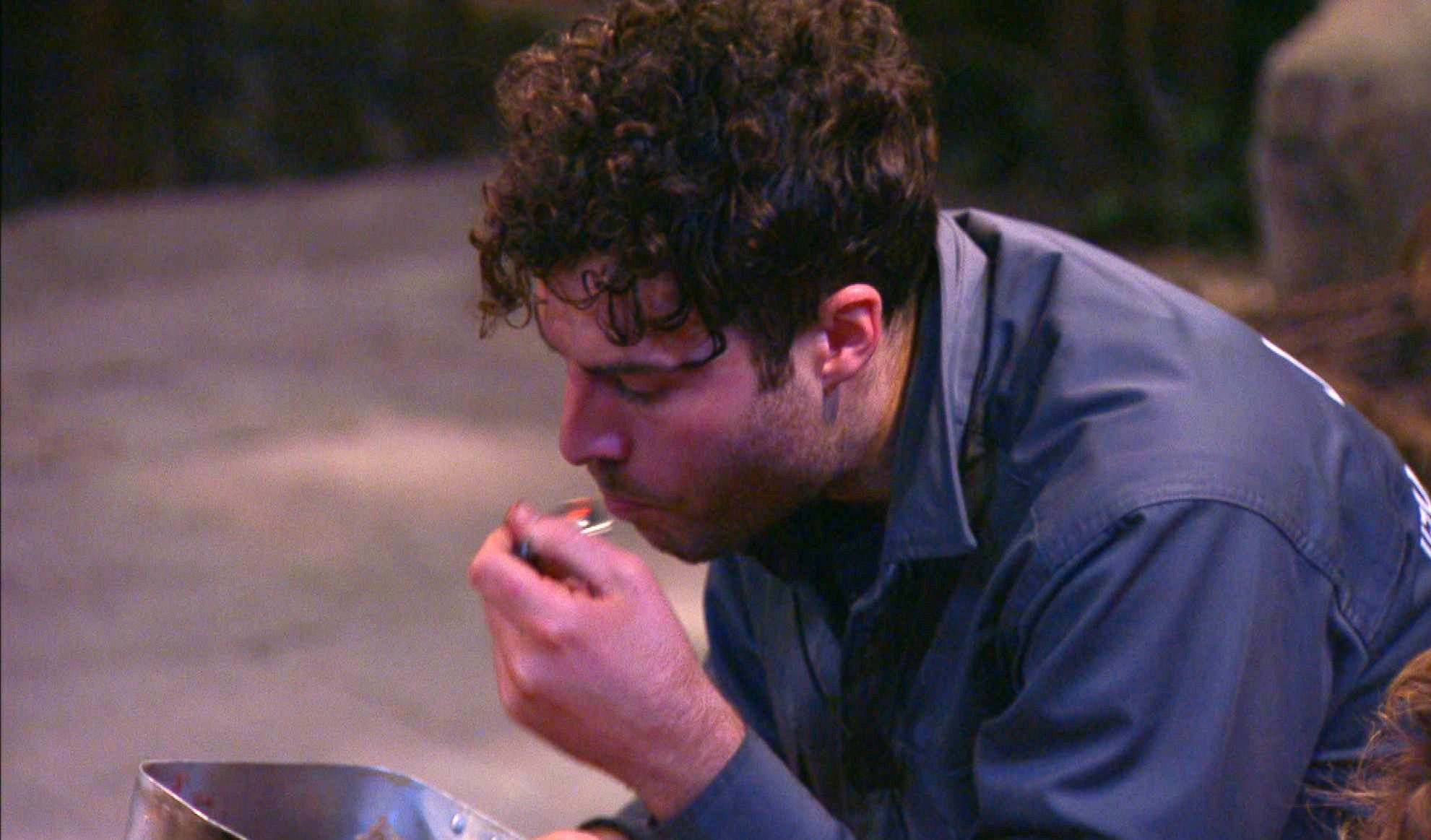 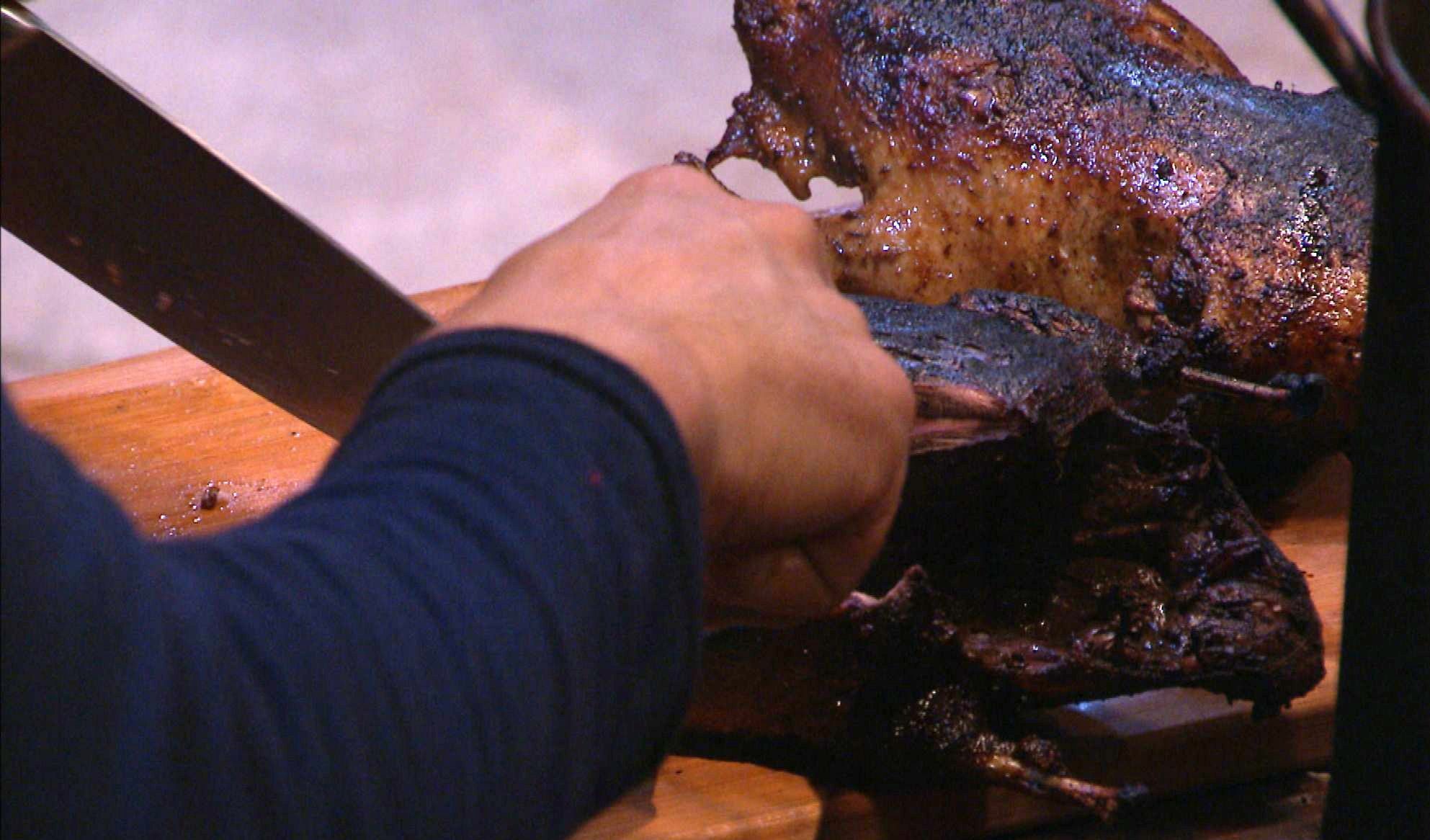 Whilst one more asked: "Why do they leave the heads on everything."

Russell volunteered “100%” to do the trial, and said: "I’ve been desperate to get out and prove myself and just to give something back to the camp.

"It’s really important tonight to get some stars in for food as we’re all starving and I feel like it’s time for me to contribute something." 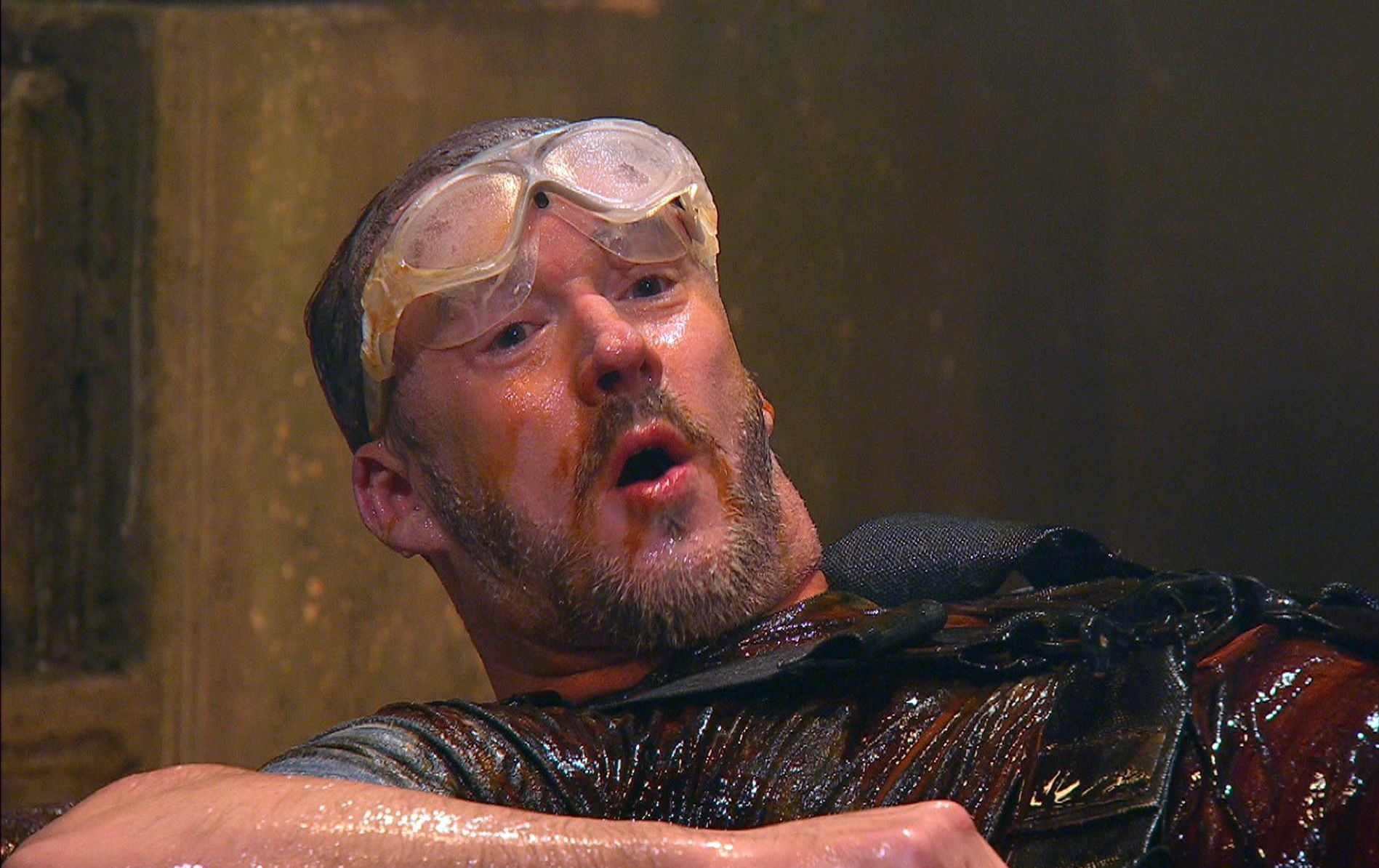 But he only returned with five stars – meaning the campmates had just two ducks to cook for dinner between them.

"Two mouthfuls, if that? It's the thought that counts though, isn't it?"