The rumour mill on which famous faces will be joining I’m A Celebrity…Get Me Out Of Here! is already going into overdrive and this morning, another name was added to the hat.

Sunday Brunch star Tim Lovejoy, 51, is yet to venture into the world of reality television, with his co-host Simon Rimmer, 56, already dipping his toe in the water.

Back in 2017, Simon appeared on BBC dance show Strictly Come Dancing and is often teased by Tim over the position he placed.

It could be Simon’s turn to get his own back on his co-host as Tim has hinted he could be signing up to the ITV challenge show.

I am in it this year

The pair were joined by former Strictly star Sunetra Sarker, 46, on the Channel 4 Sunday morning show today and discussed a previous interview the presenters had with the actress some years ago.

During the interview in 2016, Sunetra predicted Simon would be signing up to the show, with her prophecy coming true a year later when the presenter was announced as part of the 2017 line-up.

“There was a real interest in the way he was asking me,” Sunetra explained to Tim, adding: “He’s such a good interviewer, I thought he was that interested in the show.”

Tim then asked: “How long have you had these powers,” with Sunetra replying: “You know what Tim, I’m feeling something,” joking she was about to make another prediction.

“I’m thinking jungle,” the actress remarked, to which Tim quipped: “I am in it this year. It’s a done deal.”

Although the moment was for laughs, could Sunetra’s predictions come true once more and fans of the ITV reality show see Tim enter the jungle later this year? 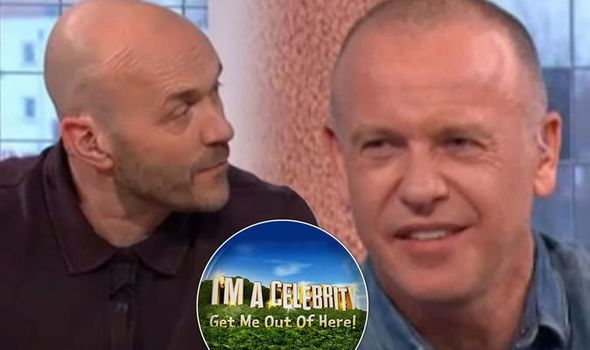 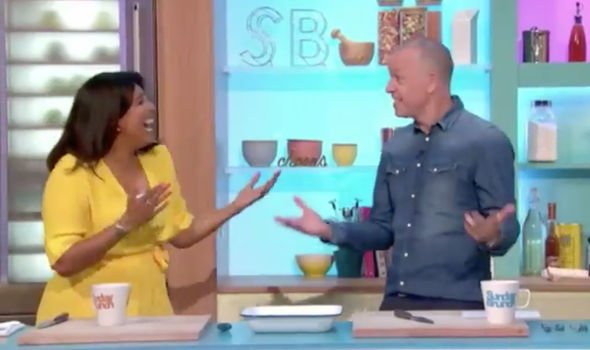 Simon recently revealed he would be willing to venture Down Under as he failed to get his hands on the Strictly Glitterball Trophy.

In an interview with Express.co.uk, Simon said: “I’d probably do the jungle. I always said I wouldn’t, but think I’ve become quite intrigued by that.

Another name doing the rounds on the rumour mill is new Top Gear host Freddie Flintoff, 41, after his stint on the Australian version of the show in 2015.

Freddie went on to win the show, although he arrived as a latecomer, but could he land the same success on the UK edition? 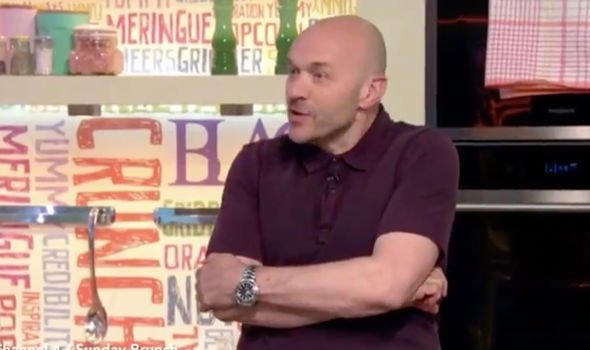 The presenter sat down with Lorraine Kelly, 59, last month with the chat show host asking him about the possibility he will sign up to the British edition.

“You won the Australian version of I’m A Celebrity, didn’t you? But you haven’t done the British one?”

Freddie spoke about his experience on the show, telling Lorraine: “We went in and it was the first year in Australia and I went into South Africa where it was filmed.

“I just sat there and did nowt for a month. Lost ten kilograms,” he said, adding: “t was like a retreat.”

I’m A Celebrity…Get Me Out Of Here! 2019 returns later this year on ITV. Sunday Brunch airs Sundays at 9.30am on Channel 4.