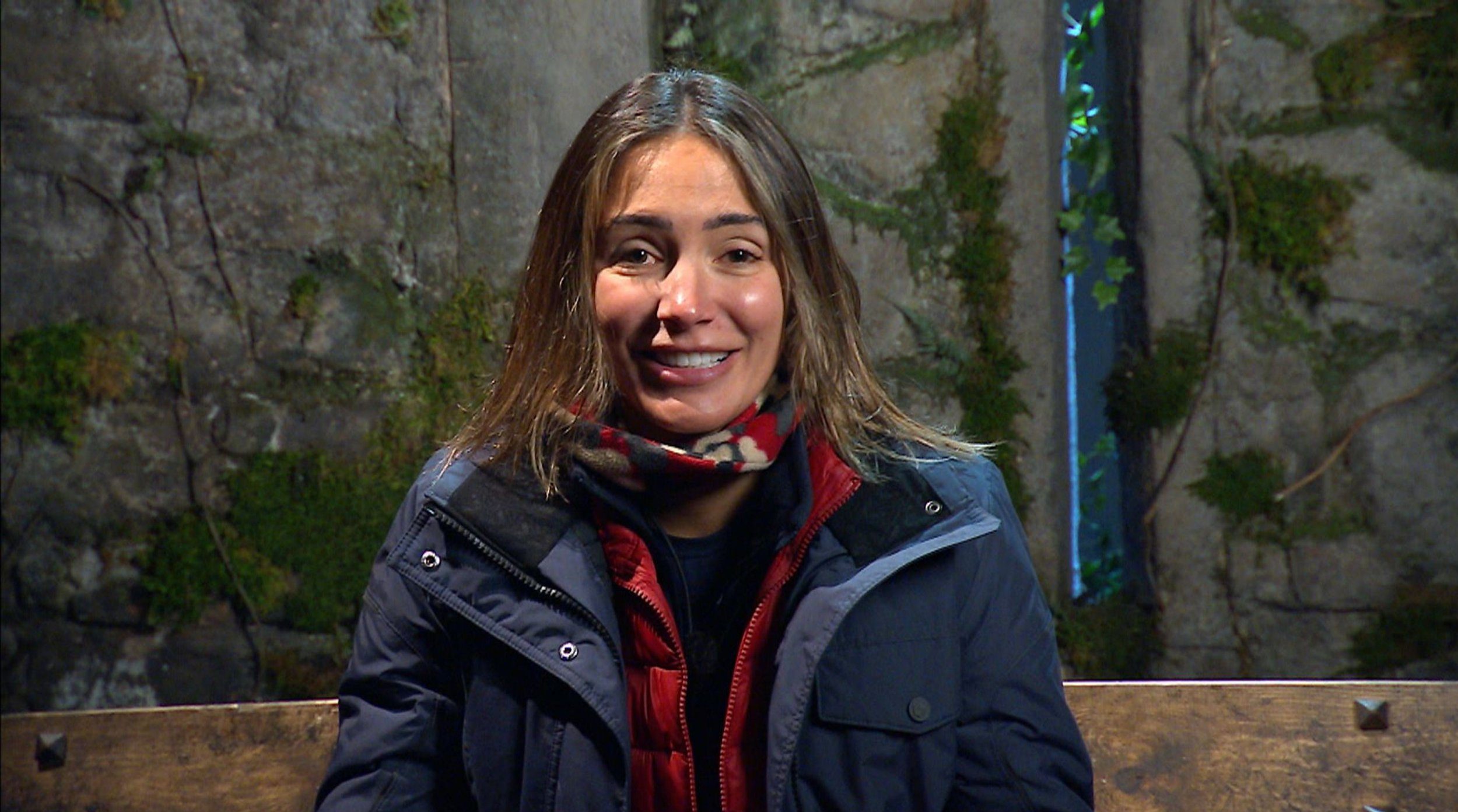 On Friday’s episode of I’m A Celebrity… Get Me Out of Here!, Frankie Bridge opened up about her mental breakdown she suffered at 21, revealing that it was ‘a really nice memory’ when she finally got the treatment she needed.

Speaking to campmate Matty Lee, the Loose Women panellist – who is reportedly set to earn millions once the series is over with many lucrative deals – recalled that she had been through a bad break-up at the time that was ‘really public and everyone was really horrible’.

She explained: ‘I was with Wayne [Bridge, her now-husband], I was able to function at work, but then I’d come home and I couldn’t function. Just cry all the time. I didn’t want to be alive anymore, basically.’

In the Telegraph she admitted that she realised it was ‘a bit shocking’ for people to find out it happened to her at such a young age, but that she ‘doesn’t mind talking about it’.

Speaking with Matty, Frankie shared how it was Wayne who asked for medical help on her behalf, but she still fitted in a commitment with her band The Saturdays first.

She said: ‘I had one music video that we needed to shoot in Iceland. My manager was like, “OK, let’s do this one last thing and then go.” None of the girls knew at this point. So I went over to Iceland, did that video and then I knew when I landed – there’s pap pictures of us in the airport – I knew I was going straight to hospital basically when I got back. Wayne drove me, dropped me off.’

Matty remarked: ‘It’s a massive eye-opener and you’ve got to have these conversations because without conversations you don’t learn, you never know what’s going on.’

Frankie then explained that she had fond memories of when she was treated in hospital, because she no longer ‘had to pretend to be happy’.

‘You think I’d feel really, like I’d hate it, but actually it’s a really nice memory,’ she said.

‘It was the first time in years I felt really relaxed, I didn’t have to hide anything. Everyone was on medication, everyone was having therapy, everyone had some sort of an issue. I didn’t have to pretend to be happy all the time. Being in hospital was a breath of fresh air really, but it’s a young age to have a mental breakdown.’

Elsewhere on the episode, Matty was busy with trials as he undertook both the Castle Coin challenge with Adam Woodyatt and a trial dubbed Lethal Latrines.

The Bushtucker Trial saw him sit in a grim bath full of offal and slime and go splashing around for stars.

I’m A Celebrity… Get Me Out Of Here! continues on Saturday at 9pm on ITV.