Inside Line: Scoop on Chicago P.D., Manifest and More

Will FBI: International’s fall finale be a bit ruff? Which Chicago Fire twosome is reuniting? What does the future bring on The Flash? Read on for answers to those questions plus teases from other shows. (Email any brand-new Qs to [email protected].)

What can you tell me about Tank, the beautiful protection dog on FBI: International? –Jazzcatjt
It sounds like there might be some major doggo drama in this Tuesday’s episode, the last of 2021. “I love winter finales, and I alway try to throw some haymakers at the audience,” EP Derek Haas told me. “And there might be a Tank haymaker coming.”

As has been pointed out elsewhere, The Flash‘s Caitlin and Killer Frost seem to have missed the party in the future. What’s up with that? –Butch
Oh, trust me, Frost is at that 2031 party. She’s just… busy. Bonus scoops from “Armageddon” Part 4’s very entertaining pre-wedding soiree: One familiar face has been living in London for a while, while another is a bit frazzled by baby talk…. 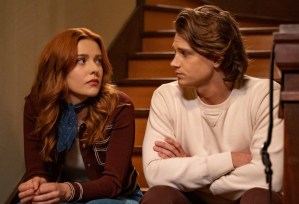 As a fan of the Drew Crew, I’m wondering if you have any clues on this season of Nancy Drew —  such as a lead on the serial frozen hearts killer(s), or the ever so slow burn that is Nancy and Ace’s hopeful romance? –Alie
Here is a clue: stay tuned for major revelations before the holidays about the identity of the Frozen Hearts Killer. (Oh, and for those of you holding your breath about Nancy and Ace, you’ll want to keep watching as well….)

It’s been quite a while since we heard anything about Season 2 of Upload. Is there any news on when it will return? –Brian
Looks like it may be a while longer for you, Brian — there are still no updates on the Prime Video series.

Will Chicago Fire‘s Brett be visiting her baby sister Amelia this season? –Sarah
“We are definitely going to see her hang out with her kid sister, if the writing staff has its way,” showrunner Derek Haas told me earlier this fall. The only hold-up has been that fact that Amelia is only about two years old, and there’s a pandemic going on. “The question becomes, how young we can have people on set?” says Haas. “So we’re working through that, because we do want to see her this year.” Update, as we went to press: “Yes, Brett will reunite with sister Amelia and her father this season,” says Haas, “and very soon.”

Anything on Hawkeye? –Greg
Only that Episode 5, I hear, should blow up Twitter a bit. 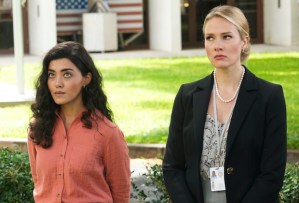 Do you have any scoop on NCIS: Hawai’i‘s Lucy and Whistler? Will the rest of the team find out about their relationship this season? — Jennifer
I brought your Q to EP Christopher Silber, who teased, “We have ALL the scoop on Lucy and Whistler, and can’t wait to share the twists and turns of their very satisfying relationship. As for the team finding out… they will, indeed.”

Every DC Universe show has made its way over to HBO Max except one. Will Swamp Thing ever make the jump? –Nick
There are no plans at this time for Swamp Thing to branch out to WarnerMedia’s main streaming service.

Will the seventh episode of this season’s The Blacklist (airing Jan. 6) be the previously mentioned Red/Dembe spotlight episode? It is called “Between Sleep and Awake,” and doesn’t have a Blacklister number. –Jan
Good sleuthing. But nope, that’s a different episode.

Disney is especially quiet on series endings lately. Can you confirm the statuses of Fancy Nancy, Vampirina, Just Roll With It, Bunk’d, and Disney Fam Jam? –Scott
Tall order, Scott! But only because this is the Happiest Column on Earth…. Fancy Nancy Season 3 premiered only weeks ago. Vampirina‘s three-season Disney Junior run ended back in June (and all episodes are now streaming on Disney+); similarly, Disney Channel’s Just Roll With It ended after two seasons in May. And Disney Channel’s Disney Fam Jam was just a one-season dance competition. Lastly, the fate of the Jessie offshoot Bunk’d is TBA. 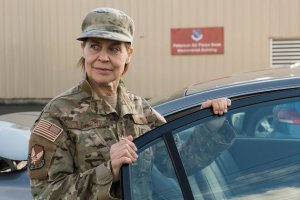 When may we expect some info on Resident Alien Season 2? –David
“We’ll find out more about what General McCallister is after, why she’s doing what she’s doing and why she wants an alien,” says series creator Chris Sheridan. And as for Terry O’Quinn’s alien-tracking Peter Bach, he’ll re-enter the series in the new season’s back half: “We’re going to lean into Deputy Liv’s (Elizabeth Bowen) fascination for aliens, and she will be listening to the alien tracker’s podcast.”

It’s almost the one year anniversary of my favorite Amazon Prime show, The Wilds! Any info on when we can expect a return? – Marissa
I asked around, and filming has wrapped on Season 2, putting the show on track for a 2022 premiere (though probably no sooner than spring).

Do you want the Inside Line on a favorite show? Email [email protected]! Questions left in Comments will not be read and may very well count against your final score. (With additional reporting by Nick Caruso)