MEGAN Fox and her boyfriend Machine Gun Kelly appear to have the wildest romances in Hollywood.

From sexy pictures to shocking jewelry, the couple isn't afraid to flaunt their love. 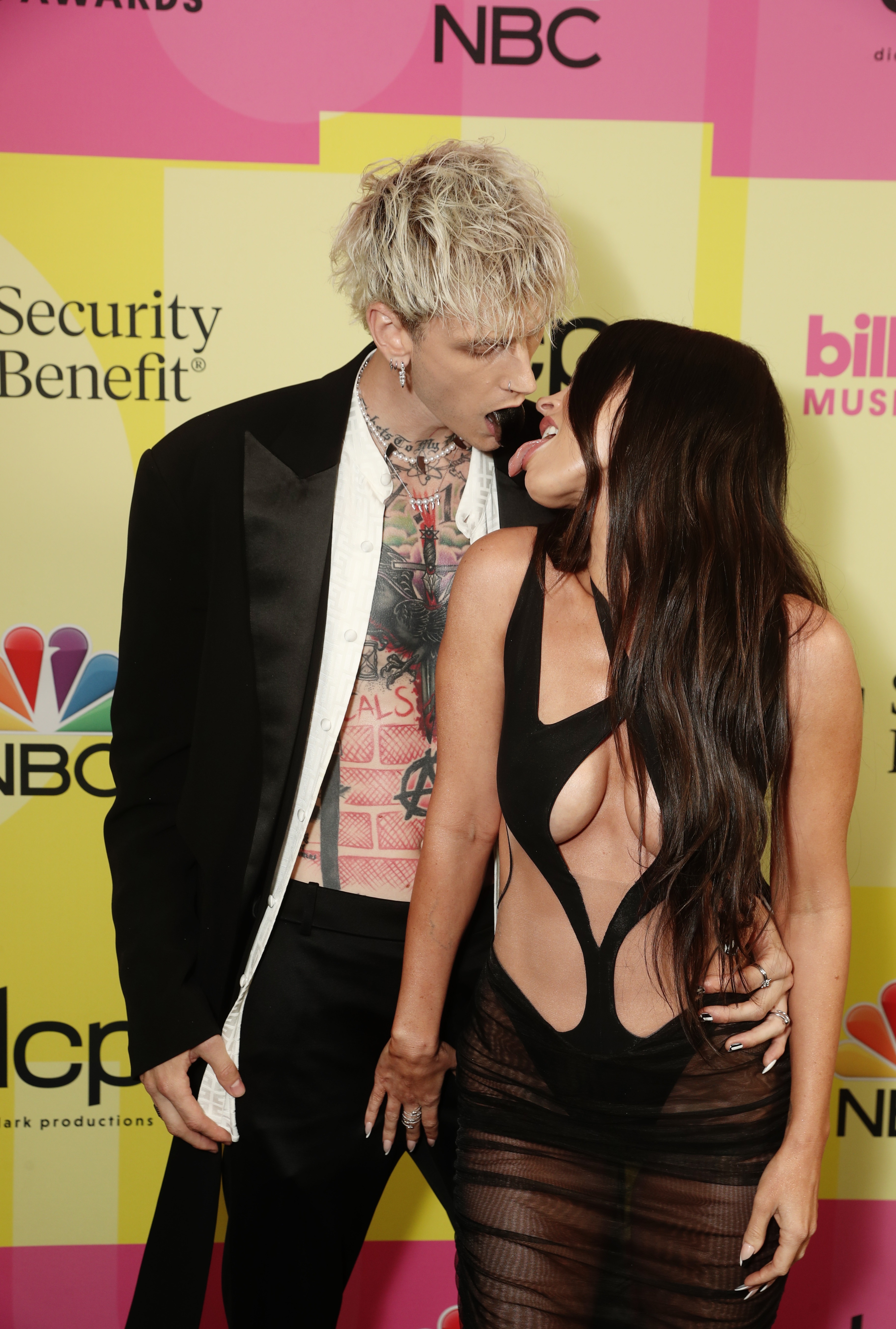 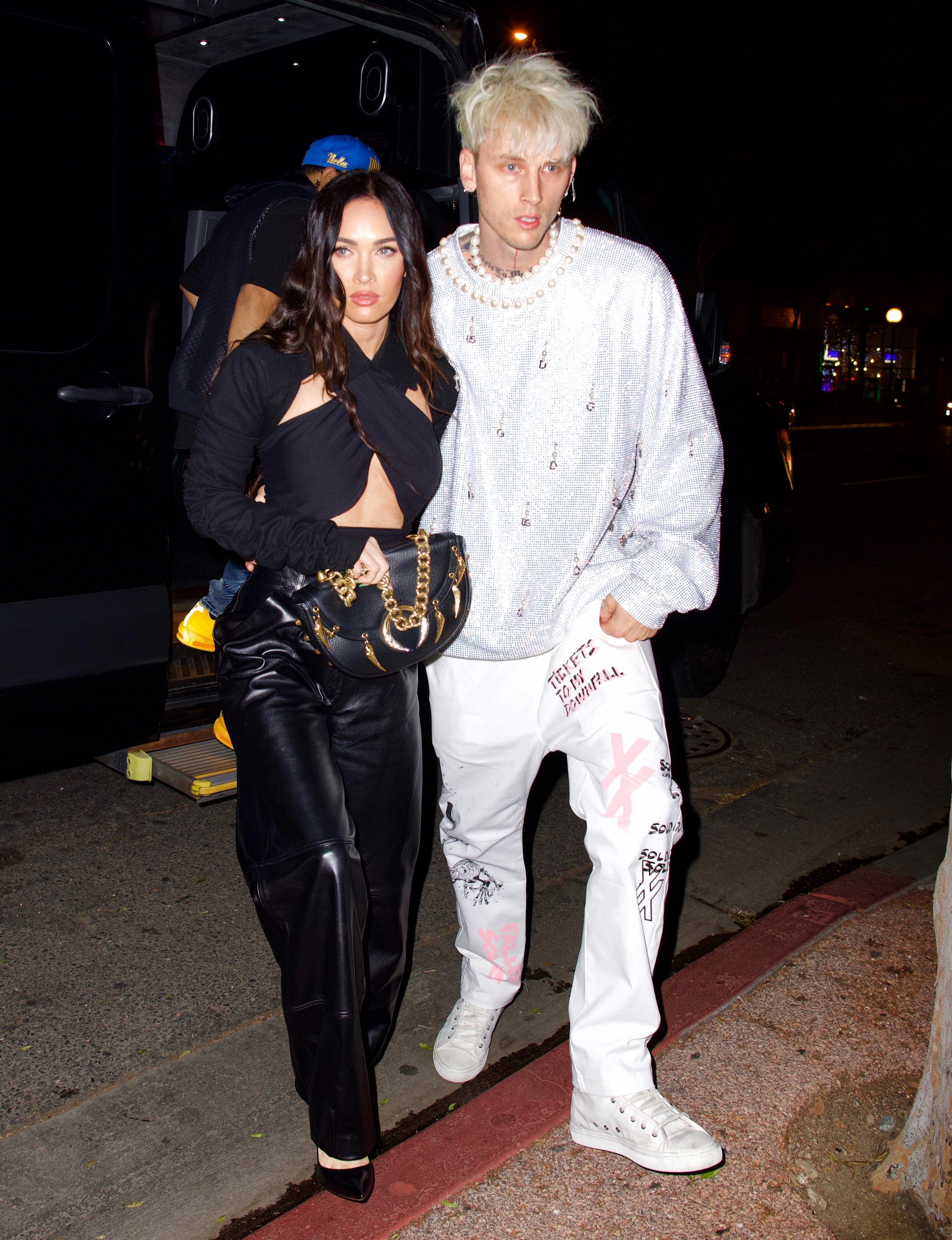 Last night, Megan grabbed her boyfriend Machine Gun Kelly's crotch as they packed on the PDA at the Billboard Awards red carpet.

They turned up the heat, kissing in front of cameras with Megan in a sizzling cut-out dress.

And it seems Machine Gun Kelly – real name Colson Baker – appreciated her daring look as he couldn’t keep his hands off her.

Colson ended up also taking home the award for the Top Rock Artist, which he celebrated with a passionate kiss. 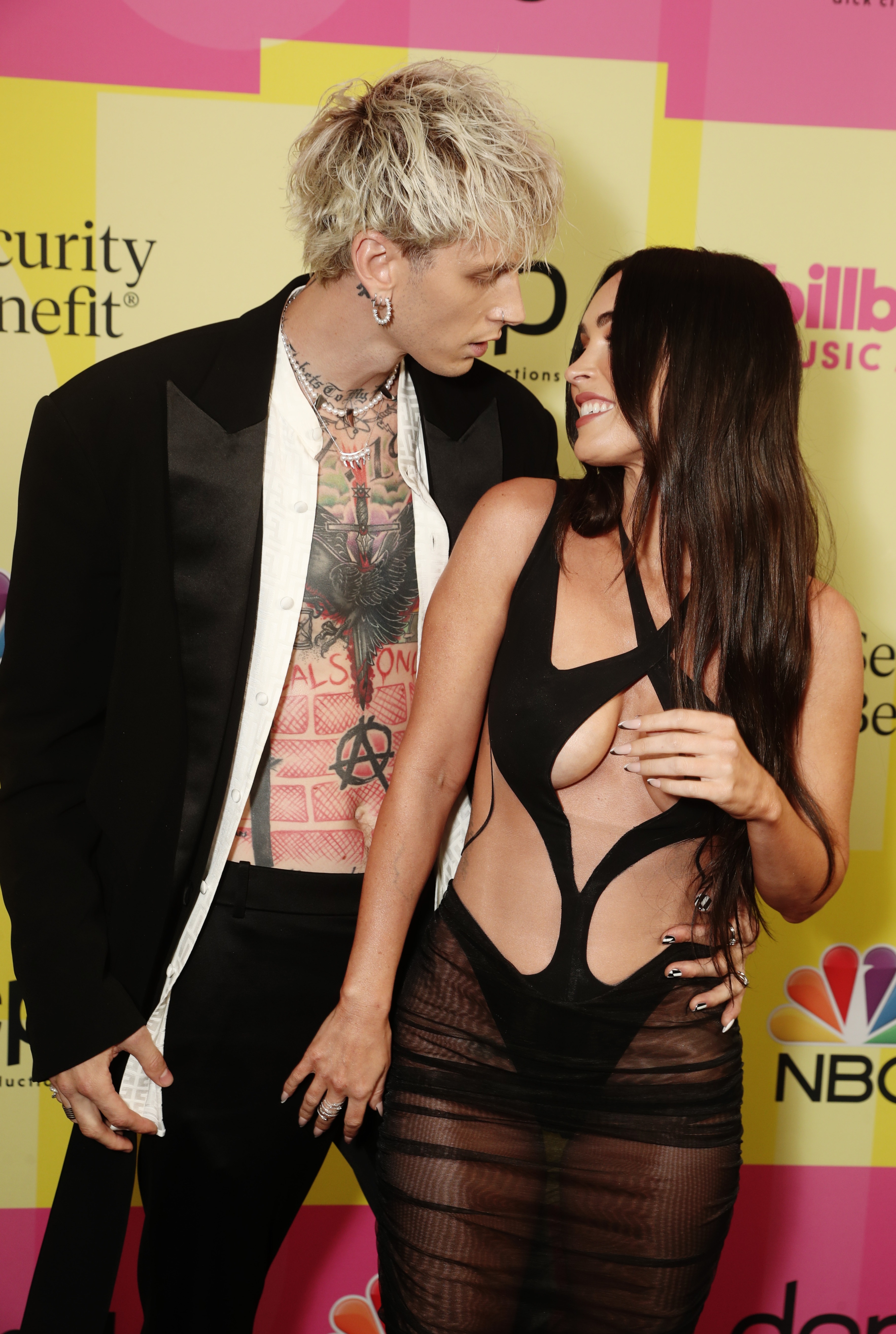 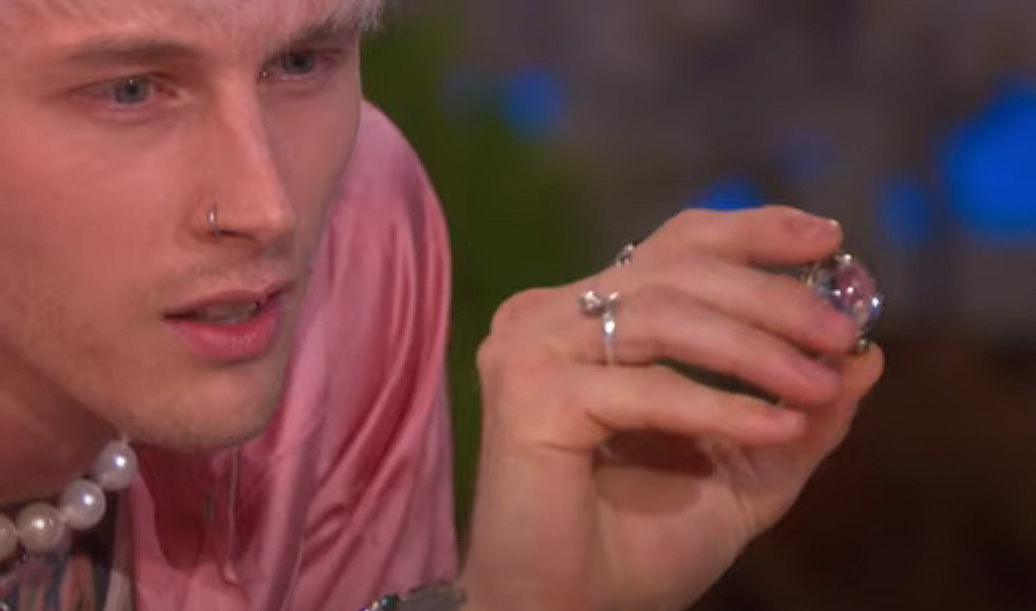 Back in February Megan showed how serious she was about their romance when she gave Colson a vial of her blood while filming abroad.

Machine Gun Kelly posted a pic with Megan, who was wearing a red sweatsuit captioned: "I wear your blood around my neck."

Speaking about their romance, Megan revealed they had a connection, and he was her “twin flame.”

She explained on Lala Kent's podcast: “Instead of a soul mate, a twin flame is actually where a soul has ascended into a high-enough level that it can be split into two different bodies at the same time. So we're actually two halves of the same soul, I think.” 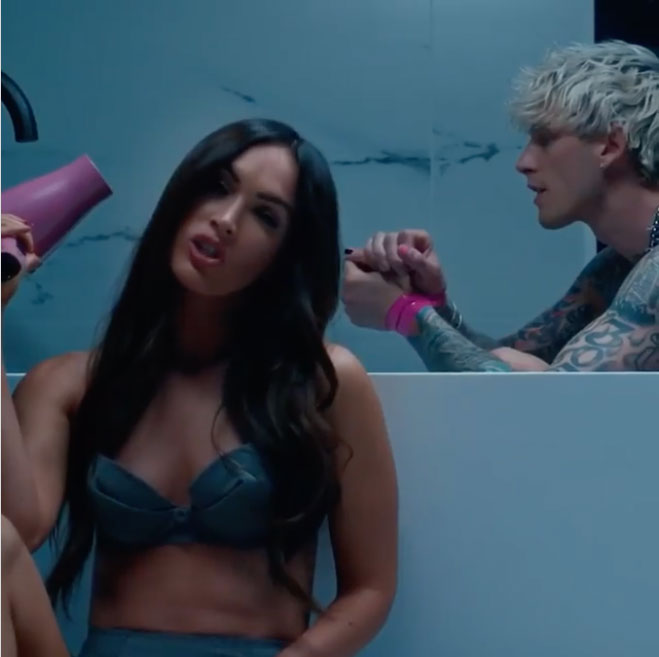 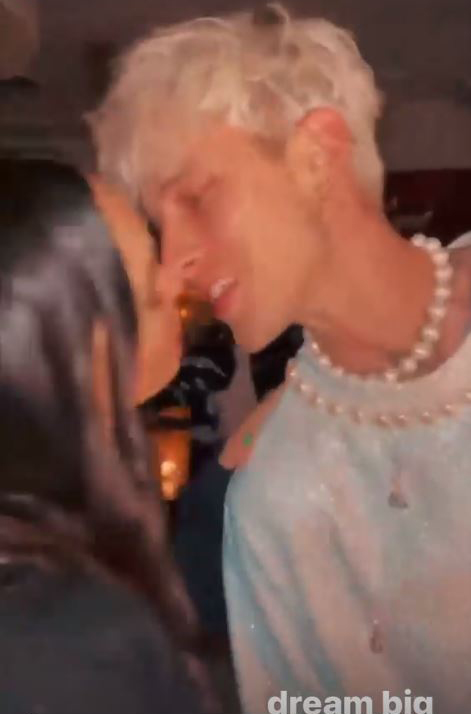 After becoming good friends, MGK asked the 34-year-old to star in his Bloody Valentine music video.

He apparently loves feet and wanted to have her step on his face in the video because he said: "It's no secret I think feet are beautiful and I think Megan has the most beautiful feet that exist.

"And I said, 'Megan, you already know what I am going to ask you', and she said 'yeah I literally got a pedicure because I knew you were going to ask.'

The 30-year-old rapper confirmed the new relationship himself when he wrote online, referencing his music video: "I’m calling you girlfriend, what the f**k. Life imitated art on that one.”

After announcing her split with husband Brian Austin Green, 47, Megan moved on with Colson, who she met while filming for Midnight in the Switchgrass.

Brian and Megan tied the knot in 2004 before announcing their split in May 2020. 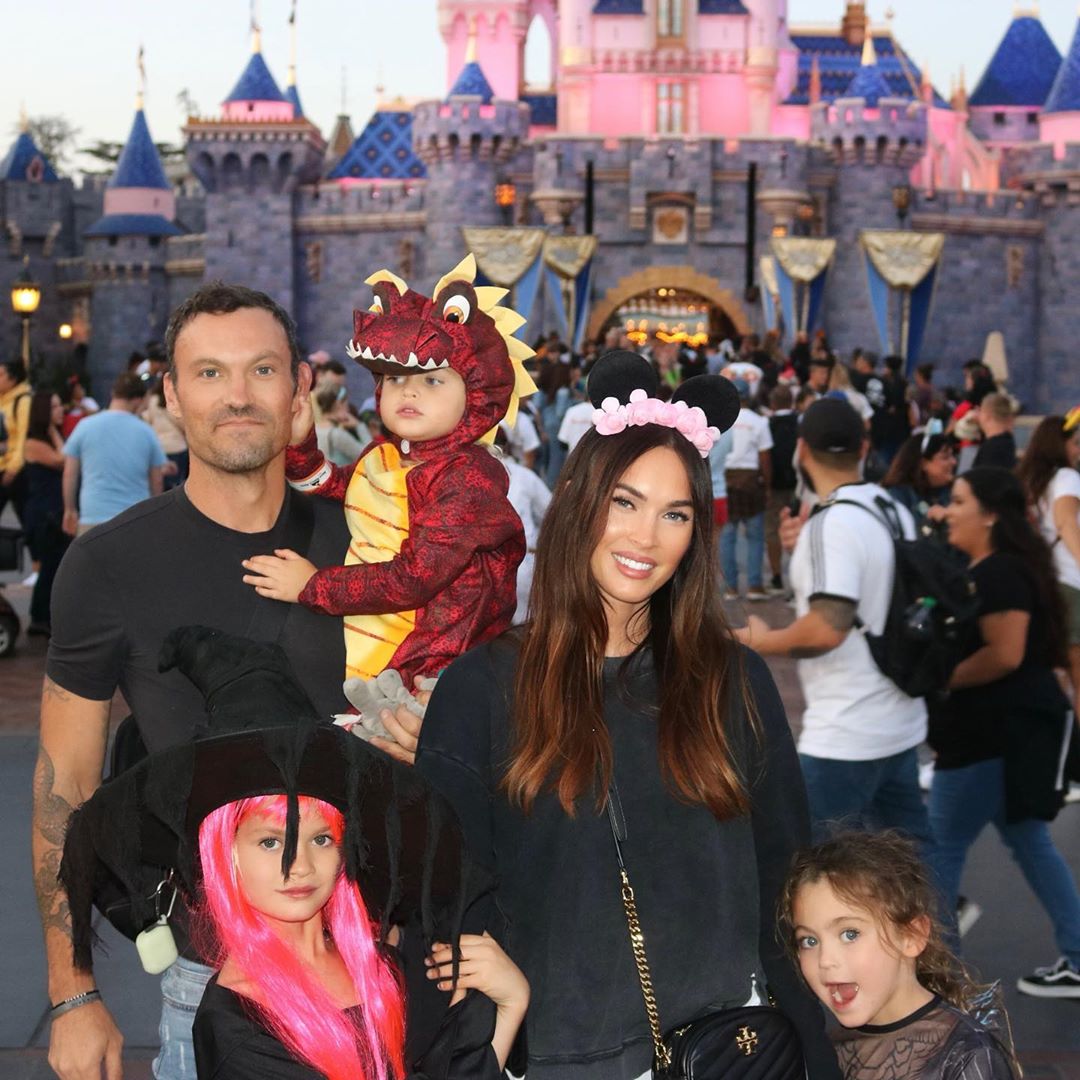