PETER Andre and his wife Emily MacDonagh have transformed their stunning Surrey home just in time for Christmas.

The NHS doctor took to her Instagram grid to reveal their stunning festive set up in the living room, including a huge Christmas tree covered in lights. 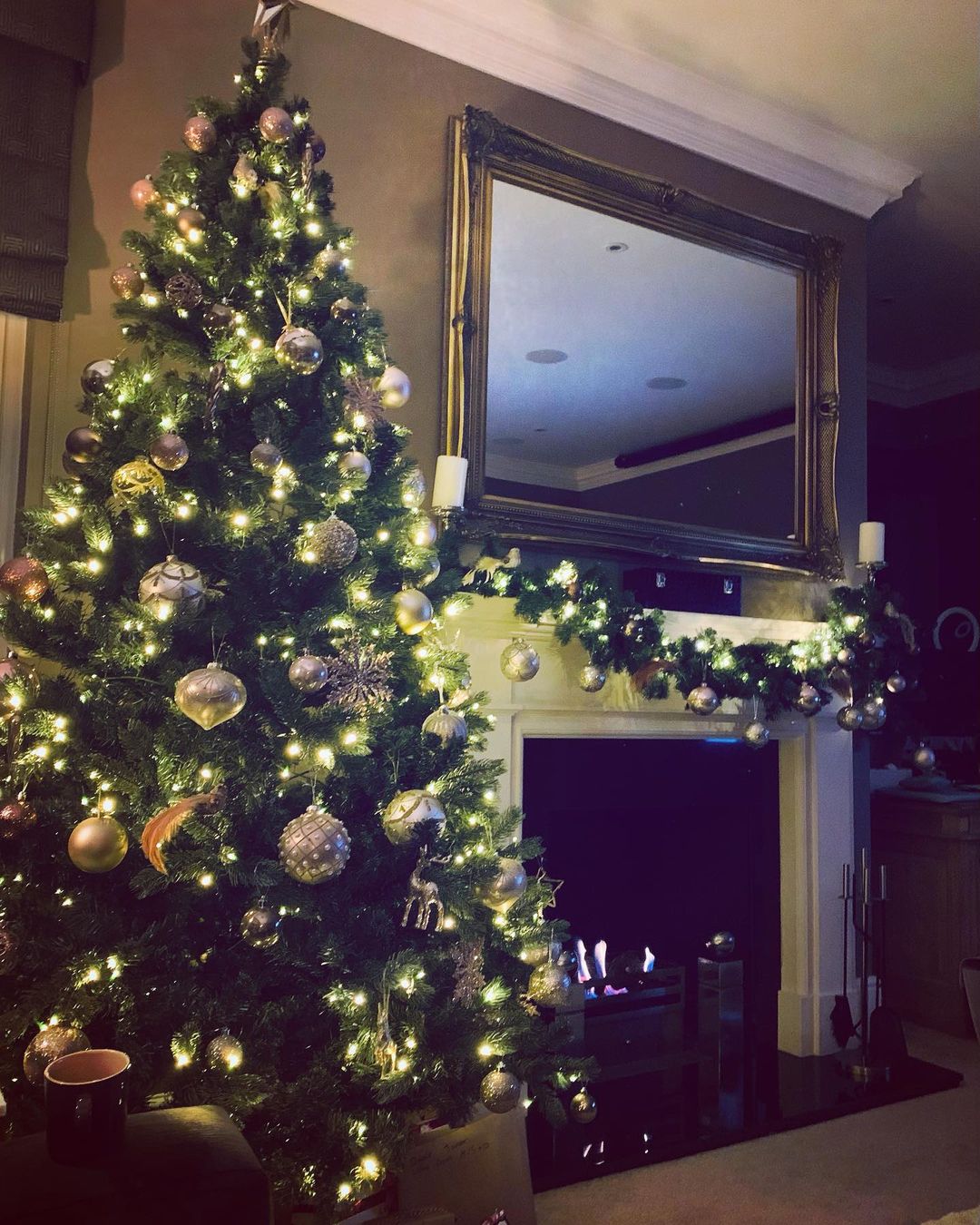 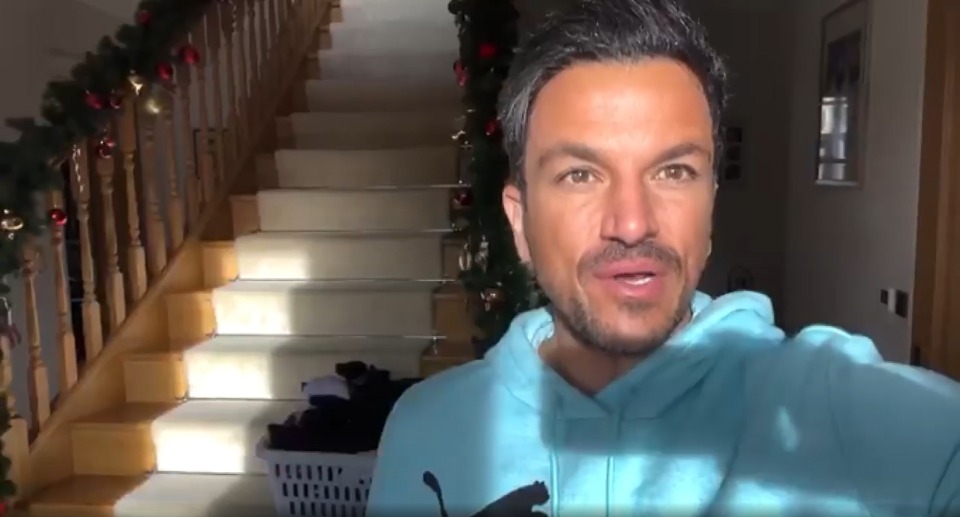 Pete, 48, and Emily, 32 – who share children Amelia, seven, and Theo, four – have got their stunning multi-million pound Surrey house prepped for the big day.

The mother-of-two took to social media to show off just two of the many decorations around the house – including a perfectly decorated tree.

Covered in silver and grey baubles, lights and feathers, the huge Christmas fir can be seen taking pride of place next to the fire place in the living room.

Next to it, a string of evergreens have been lined above the cosy fire, also complete with decorations and lights, to tie the room together.

Emily also shared a snap of the family's three Elf on the Shelf toys, who had found themselves taped to a kitchen window, to her 394k fans.

She captioned the festive post: "Feeling SO Christmassy!!!! Just wanted to share some excitement and positive vibes. Seven more nights to go!"

Elsewhere, Pete – who is also dad to Princess, 14, and Junior, 16 – showed off their stunning bannister display going up the grand staircase.

Evergreen leaves had been wound round the wooden bannisters to give the family home a Christmas feel from the minute the Andre's walk in.

TYNE UP FOR CHERYL? 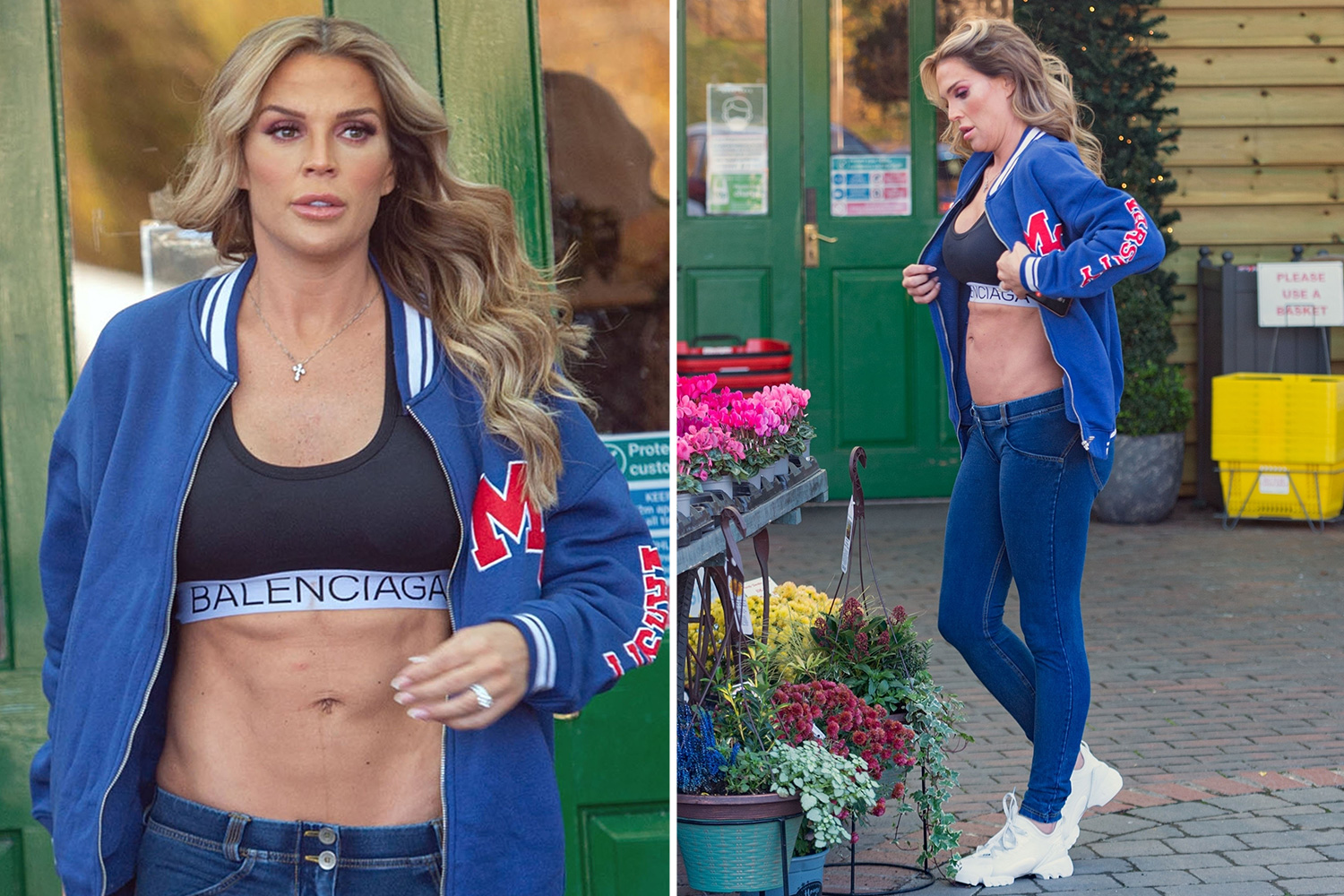 Earlier this year, Pete treated his fans to an access-all-areas look inside his family home, revealing areas of the stunning Surrey abode that have never been shown before.

The 48-year-old star unveiled his and wife Emily's separate bathrooms, his six-year-old and three-year-old children's walk-in-wardrobes, their stunning cinema and playroom, as well as all five bedrooms of the spacious house.

Last year, Peter shared a video on his YouTube channel, he told fans: "It's a fun home, a crazy home, but it's a home full of love" as he excitedly had the cameras follow him around."

Peter also proudly showed off several pieces of celebrity memorabilia, including The Beatles' disc to commemorate them selling one million records.

Viewers also got to see Tito Jackson's hat, a signed photo from BeeGees' frontman Robin Gibb, and a poster from the World Music Awards in the '90s where he met several A-list stars.

The star's wife Emily also featured as she lounged in the home's cinema room, which has large plush navy sofas, an open fire, and a huge projector screen for the family to enjoy movie nights together.

In the hallway, Peter showed off a huge photo montage with snaps of him and Emily's wedding day before taking fans into his kitchen, which has an open plan dining room and living area.

The singer explained that they rarely use the elegant-looking dining space, which has a classy dark decor, a large mirrored table, and plush velvet chairs.

The proud husband showed off Emily's medical degrees and medical practitioner certificate as well as an Andre family clock, which had "Life continues" written on it in Greek.

He then moved into the "day room", which had a large corner sofa.

The space opens out into the garden, with Peter admitting they spend much of the day in this room as it is open plan from the kitchen so it allows him to keep an eye on the little ones while cooking.

However, when six-year-old Amelia and three-year-old Theo aren't in the day room, they can usually be found in their envy-inducing playroom; decorated with a stunning balloon arch, stuffed animals on the walls, and a huge playmat.

Also downstairs is a large gym with ultraviolet lights and a variety of weights and specialist, muscle-building equipment, and two bathrooms where Peter keeps some of his awards – including Celebrity Dad of the Year.

Taking the cameras up to the second level of the three-story house, Pete offered fans a rare look at his and Emily's master bedroom.

A large bed sits on a crushed velvet frame, with state-of-the-art tech allowing a TV to come out of the bed stand at the push of the button.

The couple also have their own balcony and a walk-in wardrobe/dressing room, with a separate French balcony on the mezzanine offering the perfect spot to watch the sunrise.

Pete told fans that Theo's old bedroom has now become his own office and recording studio, with ringlights set up for when he appears via video link for TV interviews.

Theo recently moved into the same room as big sister Amelia, with each of their beds covered with a mountain of teddy bears, and their intial on the wall above their respective beds.

There is also a chest at the end of each of their beds, and a light-up tree that had been decorated for Christmas.

Amelia and Theo have their own walk-in wardrobe and en suite bathroom. 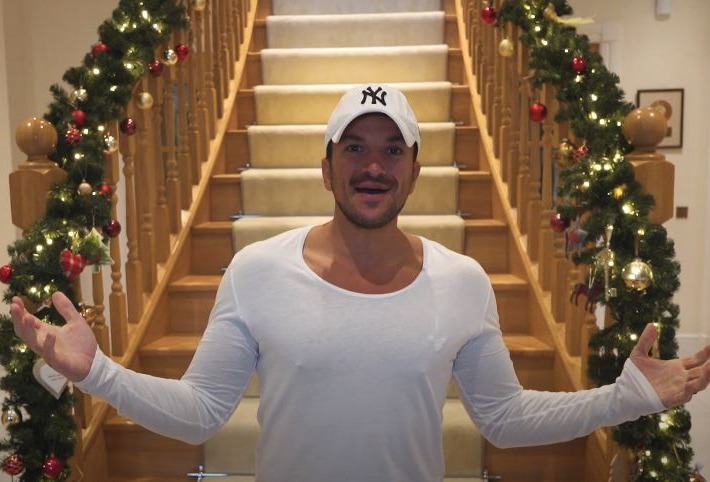