Hello International Insider readers, and welcome to 2021. Jake Kanter here with you to reflect on a week when the industry was well and truly woken from its Christmas slumber. Got a story you want to share? You can contact me on [email protected], or my DMs are open on Twitter. 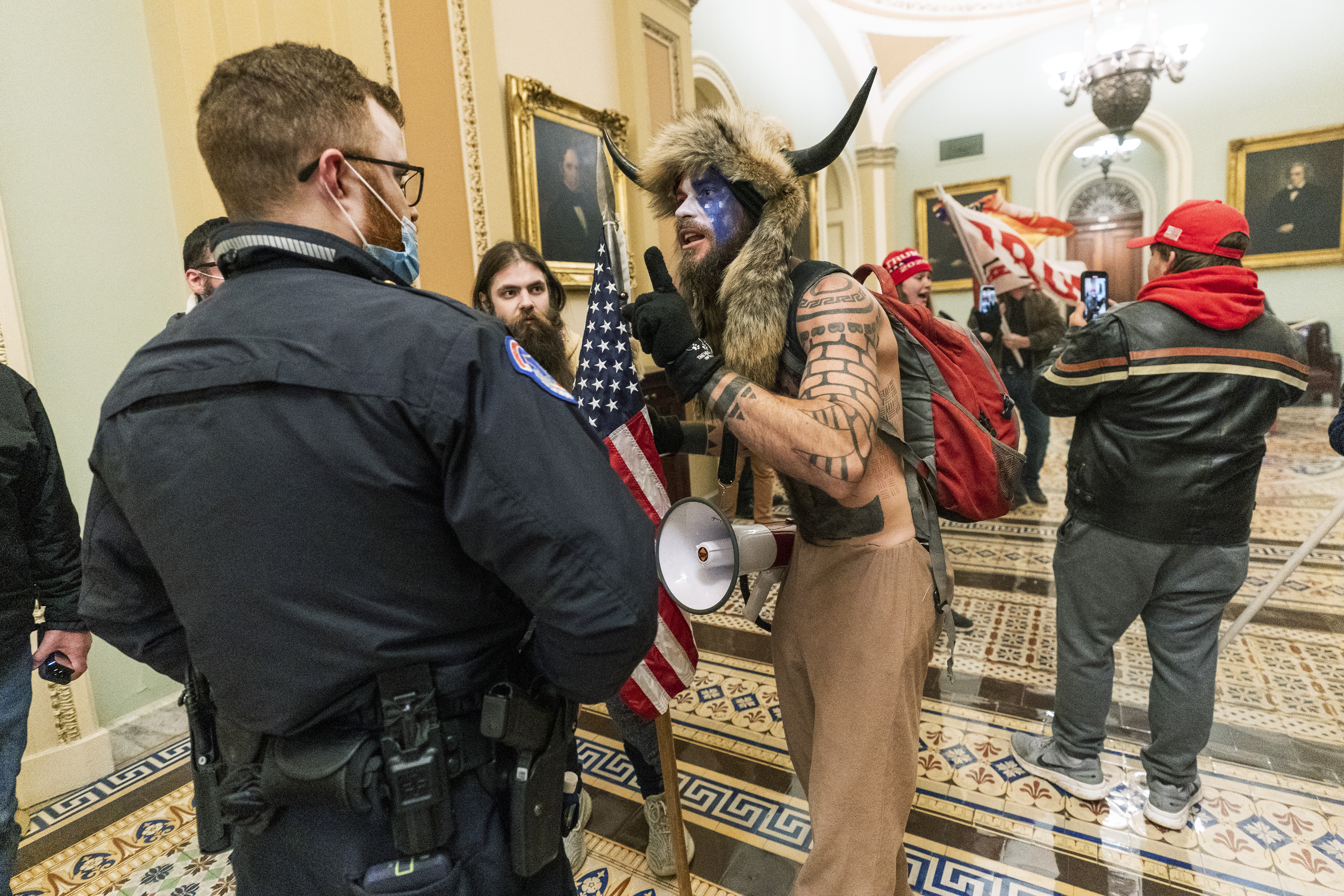 Fearless reporting: If you watch one thing from the chaotic scenes in Washington on Wednesday, make it this extraordinary report from ITV News correspondent Robert Moore, who surfed the Trump mob all the way into the Capitol building. As colleagues joked about him becoming the first Brit to storm the Capitol in 200 years, Moore’s despatch went viral and won widespread praise from broadcast journalists on both sides of the pond. It should scoop prizes come awards season here in the UK. You can read Deadline’s full coverage on events in Washington right here. 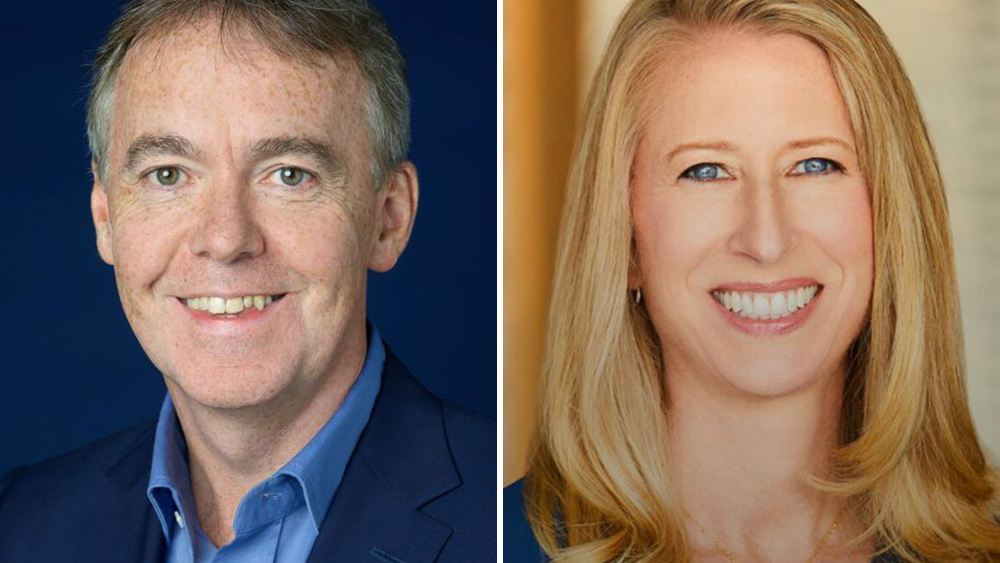 A big change at the top: Jeremy Darroch, the CEO of the European pay-TV giant Sky, announced on Wednesday that he is stepping down after 13 years. The Geordie-accented executive leaves quite the legacy. Sky tripled in size under his watch, amassed 24 million customers, collected a record haul of BAFTAs on the back of Chernobyl, and sold to Comcast in a blockbuster £30 billion ($40B) deal in 2018. He was richly rewarded along the way, amassing a personal fortune of more than £100M during his tenure. For now though, Darroch’s heading upstairs to become executive chair during 2021 before formally handing in his Isleworth employee badge. Read our story here.

Big shoes to fill then for Dana Strong, the woman who succeeds Darroch. Strong has worked at Comcast’s Philadelphia headquarters for the past three years as president of consumer services, but is no stranger to the UK, having had high-ranking spells at cable operator Virgin Media and its parent Liberty Global. One thing sure to serve her well at Premier League-loving Sky is a natural interest in soccer after she founded the University of Pennsylvania’s women’s team during her time at college. It also feels worth mentioning that her appointment means that three jewels in the crown of UK broadcasting — Sky, ITV, and Channel 4 — are now run by women.

Comcast cements control: Sky is clearly being clasped closer to the bosom of its parent company as a result of the executive switch. Comcast investors felt the company overpaid for Sky three years ago and for some, the jury remains out on the success of the acquisition. Bernstein analyst Peter Supino last year floated the radical idea of spinning off NBCUniversal and Sky to boost shareholder value. Could Darroch’s departure and Strong’s arrival indicate that bigger changes are afoot? 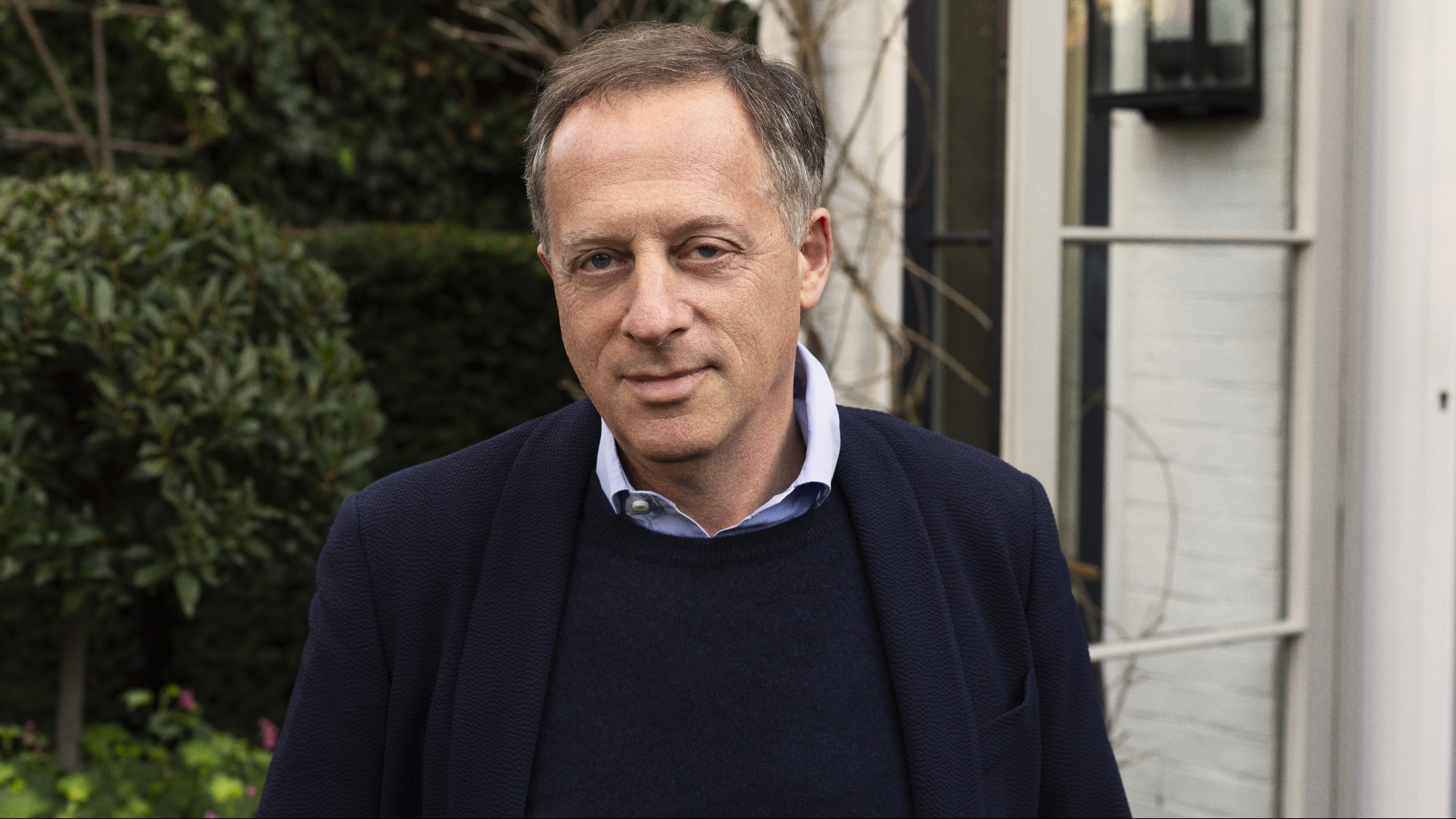 In other big cheese news, the British government appointed former Goldman Sachs banker Richard Sharp as the BBC’s next chairman. He will replace Sir David Clementi in the non-operational role, which involves being a tough friend to the BBC by making sure the broadcaster fulfills its public purposes. Sharp will go into bat for the BBC during a crucial mid-term review of the license fee in spring next year, during which its funding up until 2027 will be decided. The multi-millionaire will earn £160,000 a year for the part-time role.

Skeptics will say Sharp is a Tory acolyte who threatens the independence of a great British broadcasting institution. He has donated £400,000 to the Conservative Party over the years and is tight with top-ranking Tories: Sharp advised Prime Minister Boris Johnson when he was London Mayor and has spent recent months with his old Goldman Sachs chum, Chancellor Rishi Sunak, working on the Treasury’s economic response to the pandemic.

Optimists will say it could have been worse. Johnson’s preferred candidate was Daily Telegraph columnist Charles Moore — a fervent critic of the BBC who was once fined for not paying his license fee. Moore counted himself out of the race last year. Sharp has been a friend to the industry in recent months, helping put in place the world-leading £500M production insurance scheme that allowed shoots to restart in 2020. He’s also got culture chops having chaired the Royal Academy of the Arts. 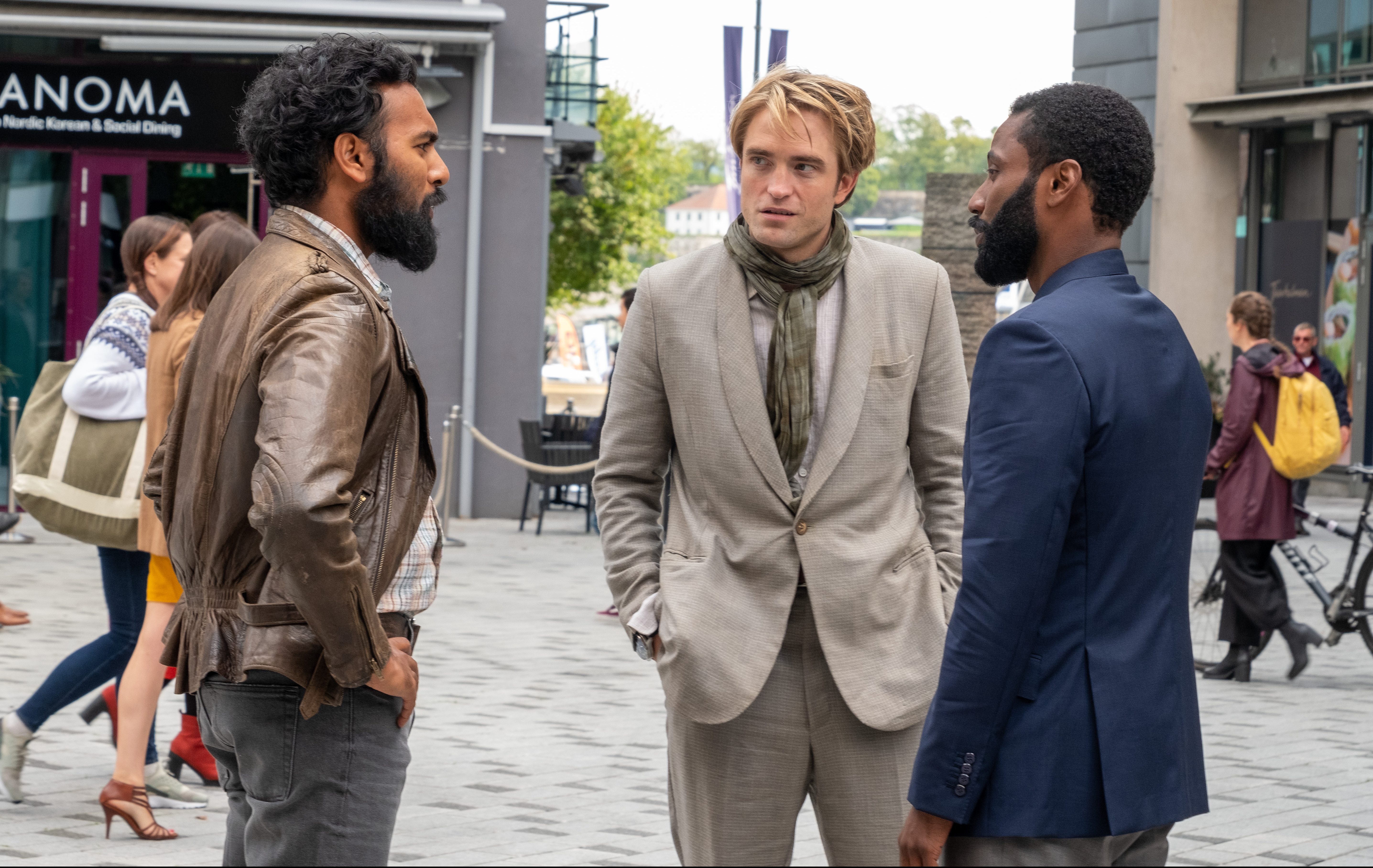 Reasons to be cheerful: Nancy Tartaglione’s deep dive on the 2020 worldwide box office, and what’s to come in 2021, is well worth your time. The headline figures are unsurprisingly ugly: Worldwide takings slumped an estimated 71% to $12.4B, while the international box office stumbled 67% to $10.2B. But Nancy managed to find cause for optimism in the rubble of the pandemic.

Looking back: A difficult year highlighted the appetite for homegrown features, as five of the top 10 movies outside of the U.S. came from local markets with established filmmaking industries. Japan’s Demon Slayer The Movie: Mugen Train is a perfect example after becoming the biggest picture ever in the market after just 73 days. Warner Bros also had international success with Tenet, which boldly entered Covid-stricken theatres in August and was rewarded with an overseas gross of $305M. As a percentage of its overall performance, the time-bending thriller’s international take bettered Christopher Nolan’s past three films.

Looking forward: A finance source told Nancy that U.S. studios should recoup what they lost on shelved 2020 pictures (minus interest), providing a rash of new releases don’t canibalize each other. Her source put it this way: “When the pictures are released, revenue will come in, offsetting expenses from pics sitting in limbo.” MGM’s James Bond movie No Time To Die, currently slated for late March/early April, remains a light at the end of the tunnel amid continued uncertainty — providing it sticks to its date. “Hopefully that is the catalyst,” noted another source.

More pain to come: In the short-term, however, coronavirus continues to be a nightmare for the exhibition sector. French cinemas will remain closed until at least the end of January, French Prime Minister Jean Castex announced on Thursday. England and Scotland, meanwhile, are in national lockdown for a number of weeks, throttling any hopes of theatres throwing open their doors. 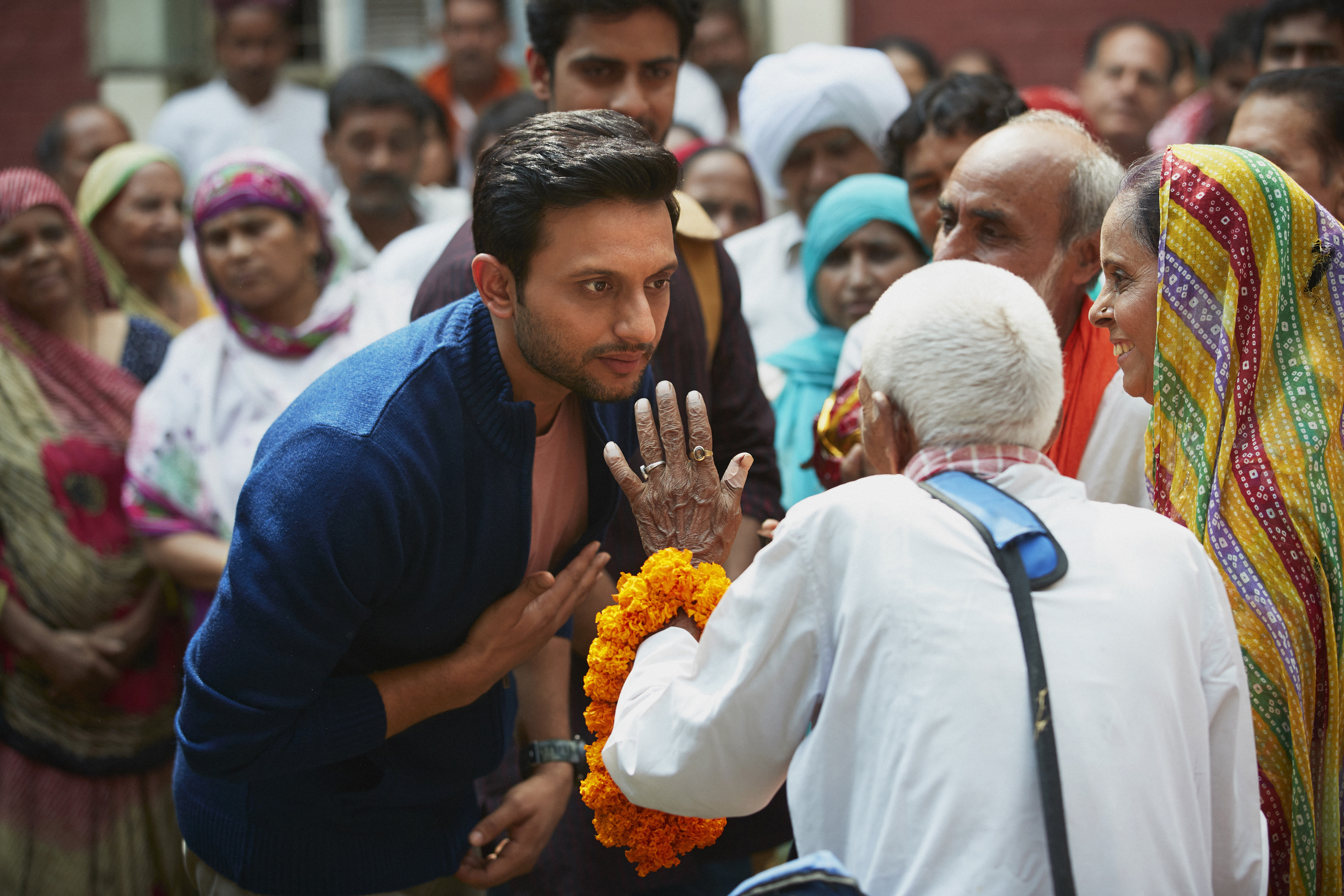 The background: The world’s fastest-growing streaming market, India, underwent seismic change during the pandemic as big-ticket film releases bypassed theatrical for the first time and premiered directly online due to cinema closures. Analysts predict India’s streaming market will grow from $708M in 2019 to be worth $2.7B in 2024, with the U.S. giants of Disney+ Hotstar, Netflix, and Amazon competing with local broadcasters and online upstarts.

Insider view: Amazon Prime Video India may have stolen a march on its competitors by securing rights to debut 19 features in 2020, including starry releases such as the Amitabh Bachchan-starring Hindi comedy Gulabo Sitabo. Its pipeline of series includes Asif Kapadia-produced The Last Hour and Saif Ali Khan’s Tandav (pictured). My colleague Tom Grater sat down with two of the company’s top executives to get a gauge on their strategy for the next 12 months. Read the full interview. 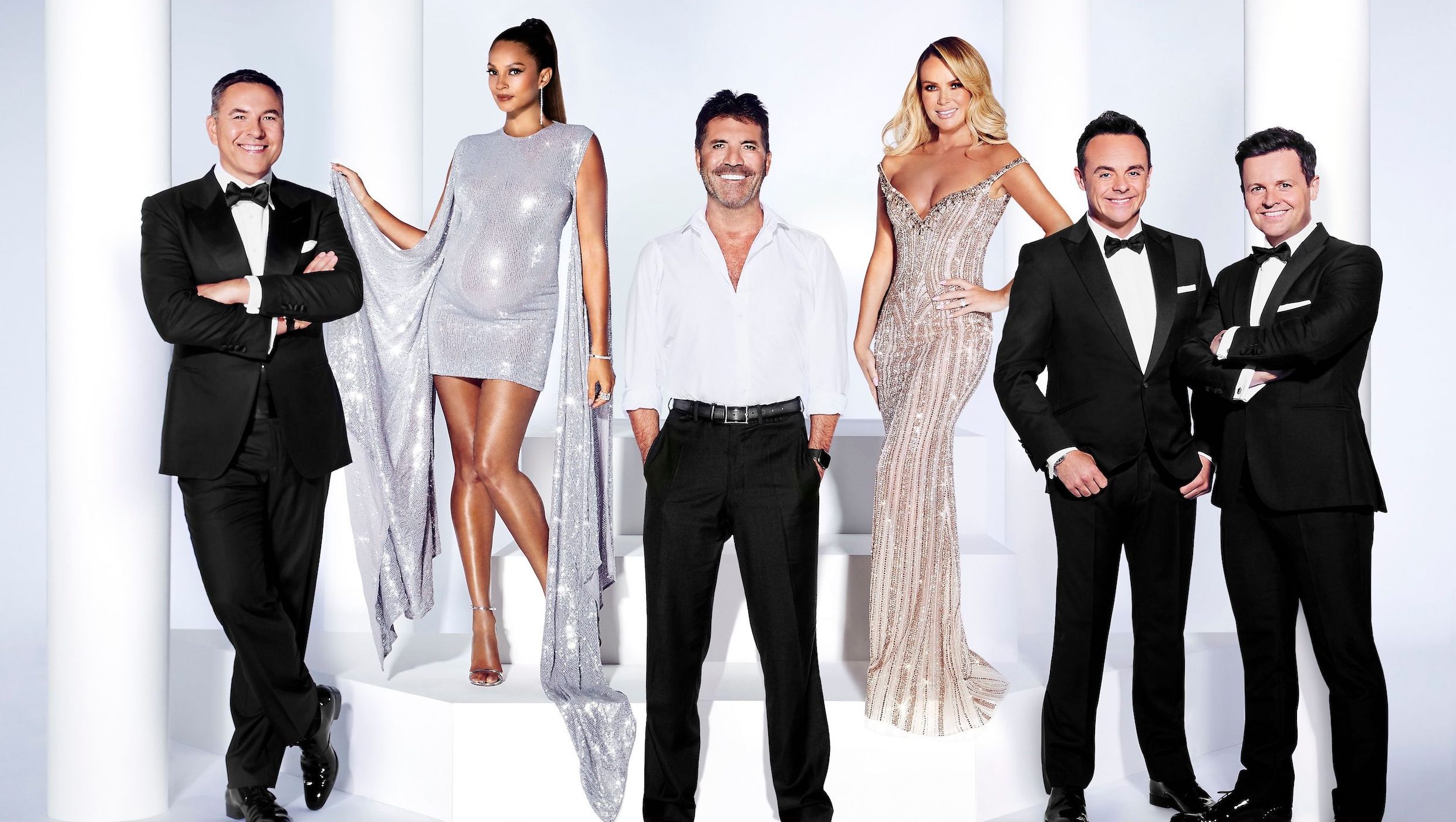 A sigh of relief for producers, who were told on Monday that cameras can keep rolling despite England being forced into a weeks-long new national lockdown. The hard work last year on Covid safety protocols and an insurance stopgap has served the industry well amid the hokey cokey of the pandemic, but that’s not to say that the new strain of the virus isn’t causing trouble. Schools being shut will present childcare headaches for filmmakers up and down the country, while the virulency of the mutated disease will mean more positive tests.

Not immune: Amid industry whispers about delays to a number of shows, Simon Cowell decided to pull the plug on Britain’s Got Talent on Thursday. Filming has been delayed indefinitely after Cowell and ITV felt that it was too much of a logistical challenge to keep a giant crew and acts from across the world safe on the Got Talent stage. But hey, at least it’s not as bad as LA (yet), where production has ground to a halt after most of the major studios hit the pause button. 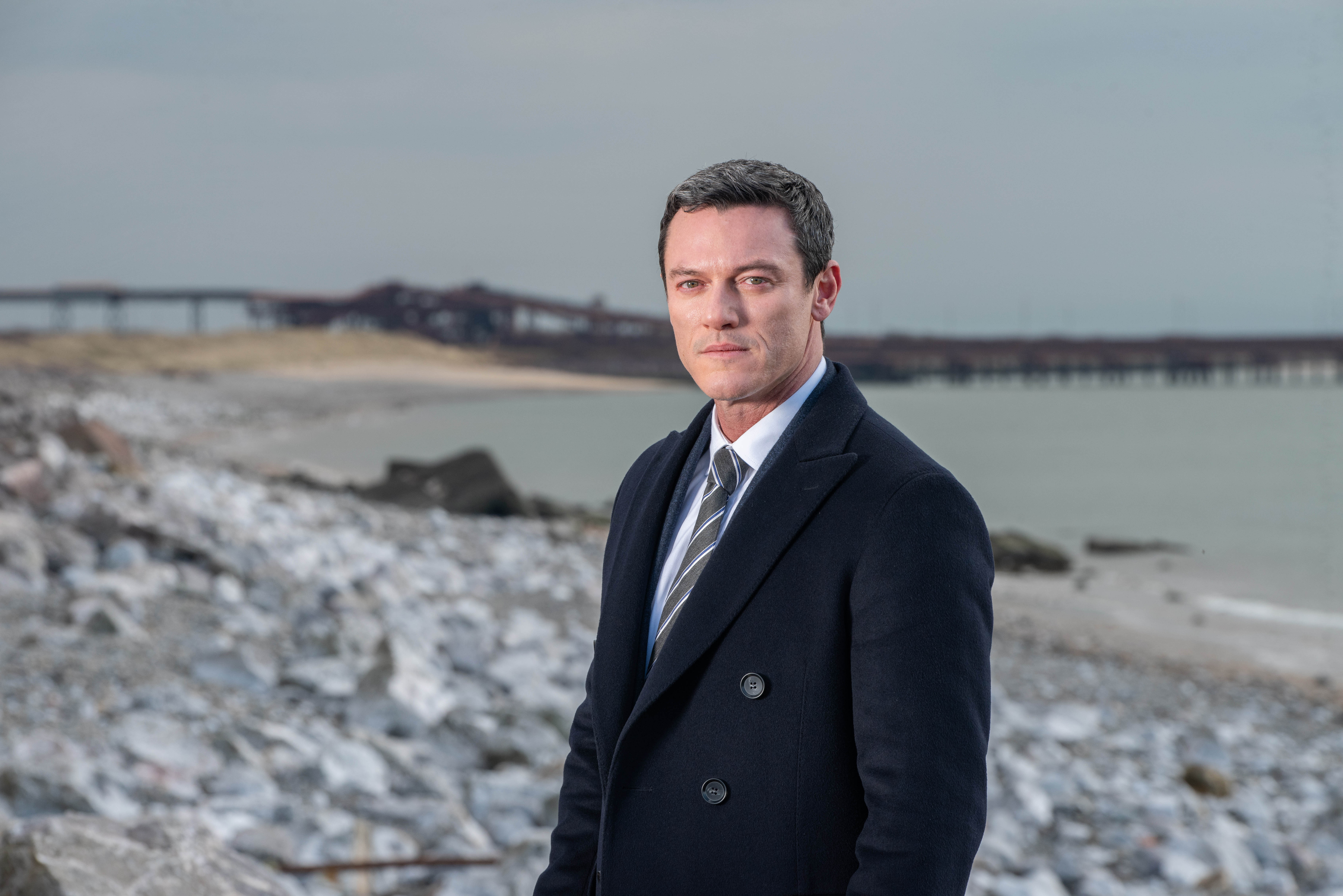 🌶️  Hot one of the week: The Morning Show star Gugu Mbatha-Raw is set to be cast as the lead in a BBC adaptation of JP Delaney’s best-selling psychological thriller The Girl Before. HBO Max is expected to board the 42-produced series. Read our scoop.

🏆  Awards news: The coronavirus surge in LA has forced the Recording Academy to push back the Grammy Awards from January 31 to March 14. The prizes are executive produced by Ben Winston of Fulwell 73 Productions. Go deeper.

🎦  Trailer dash: Amazon has dropped the first-look trailer for the new Richard Hammond and Tory Belleci adventure series The Great Escapists. The show premieres on January 29. Take a look here.

📺  One to watch: ITV premieres Luke Evans drama The Pembrokeshire Murders (pictured above) on January 11. Evans plays real-life detective, Steve Wilkins, who pursues a cold-blooded serial killer behind two double murders in Wales in the 1980s. The three-part series is made by Bodyguard producer World Productions. Check out the trailer. 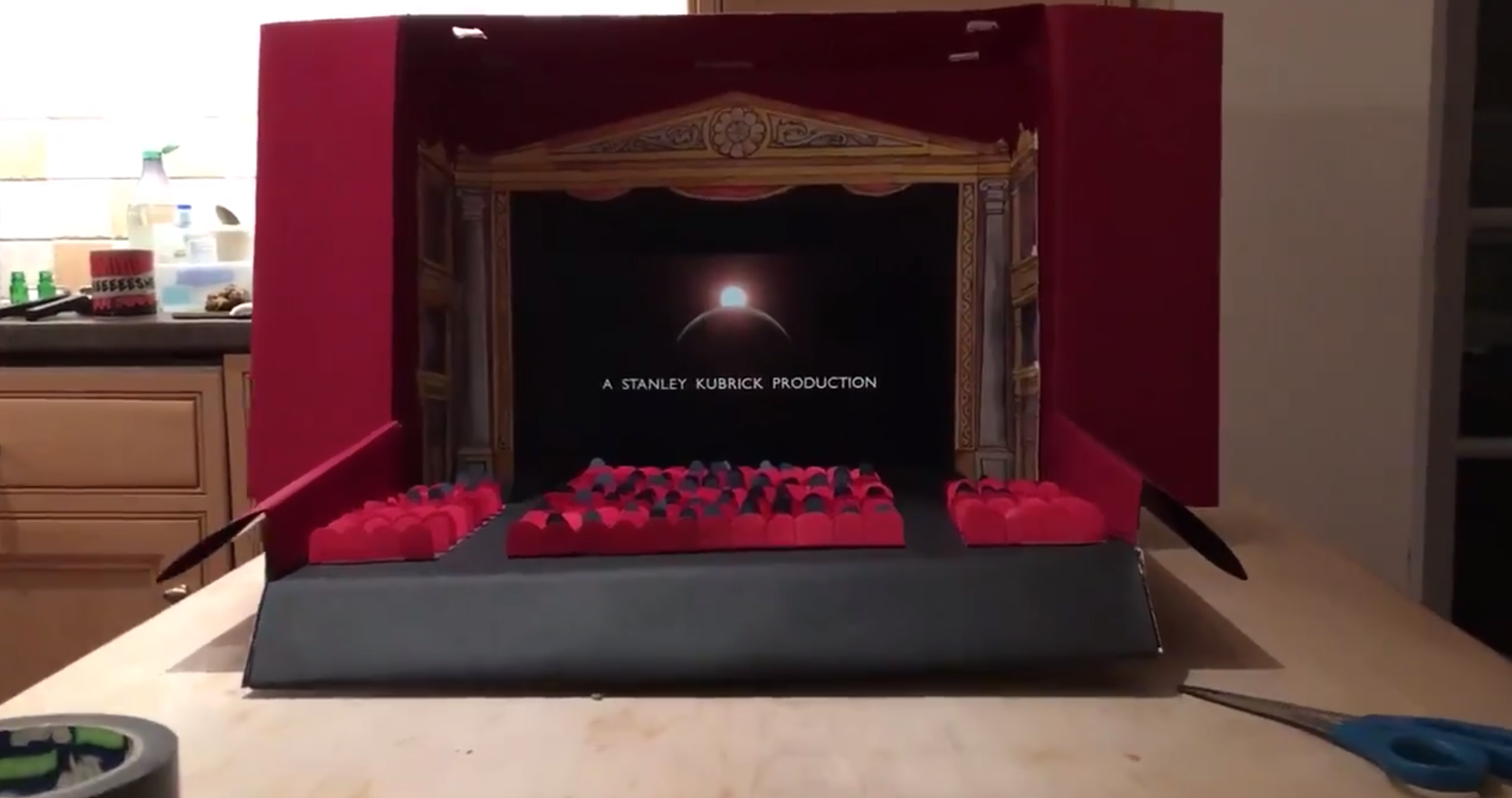 Home cinema: Amid all the grimness of cinemas being forced to shut up and down the UK, we doff our hats to one TV comedy director who decided to recreate the theatre experience at home. No, we’re not talking about a Cribs-style cinema refit of the spare room. Instead, Tom Kingsley (Ghosts, Stath Lets Flats) built a cardboard theatre to reframe his laptop screen — and the mini cinema room premiered 2001: A Space Odyssey. The only trouble is, Tom’s cat Zuul took an interest in the popcorn tubs and trampled the tiny audience in a rampage reminiscent of scenes in The Incredible Shrinking Man. You can see Tom’s viral creation here.

Tom Grater contributed to this newsletter.