The Duchess of Sussex has faced criticism for a number of things since joining the family.

Most recently, some have attacked Meghan Markle’s decision to guest edit an issue of fashion magazine Vogue.

Today on This Morning, Eamonn Holmes and Ruth Langsford spoke with Canadian reporter Lainey Lui, who has met Meghan, via live video link.

Lainey was quick to defend Meghan as she spoke of how following a 15 minute conversation over dinner with the Duchess prior to her relationship with Harry, she thought the Duchess was “really nice”.

It came as Lainey questioned: “I don’t know why she’s taking the lion share, whether or not it’s valid criticism, and why it’s landing on her.”

Eamonn addressed the situation at Wimbledon a few weeks ago when Meghan’s security tried to stop tennis fans from taking photos of her.

He declared: “You do know why it’s landing on her. If you have an uppity attitude you’re only through the door two minutes and suddenly you’re sitting at Wimbledon and you’re royal protection are saying ‘no photographs, no photographs!’.”

“You do know as a reporter you would be the first if that was somebody in Canada you would be writing ‘they’re right up their own backside’.”

“I don’t know, I don’t know if I would,” Lanie began to say before Eamonn interrupted with: “You would!”

“I don’t know if I would want Beyonce to have someone jamming his phone up in her face when she was watching Wimbledon.” 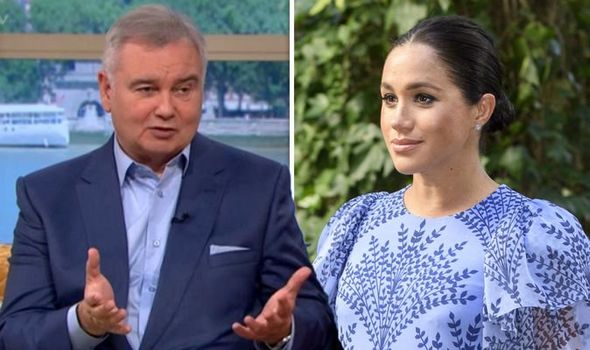 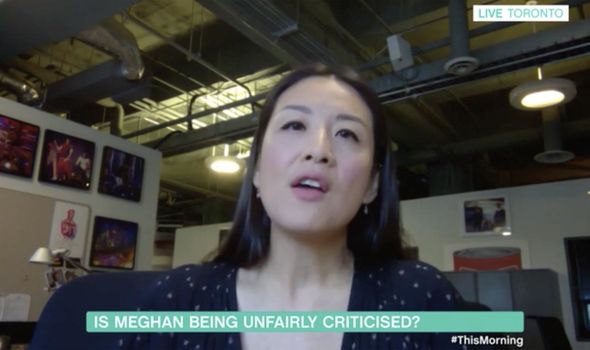 Eamonn hit back: “The phone wasn’t in her face.”

to which Lainey replied: “I think the dude was like right up in there. There were lots of photographers standing around, professional photographers who happen to be taking photos.”

“That’s their jobs surely?” Eamonn questioned before Lainey added: “So this person if it’s a viewer of the match I don’t know why he has to run up and get the phone up in her face.”

Eamonn commented: “It turns out the man was taking a selfie of himself as it turned out.”

The programme went on to hear from historian Professor Kate Williams who spoke out in defence of the Duchess. 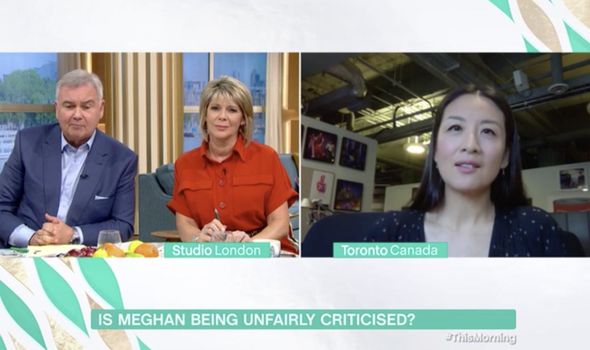 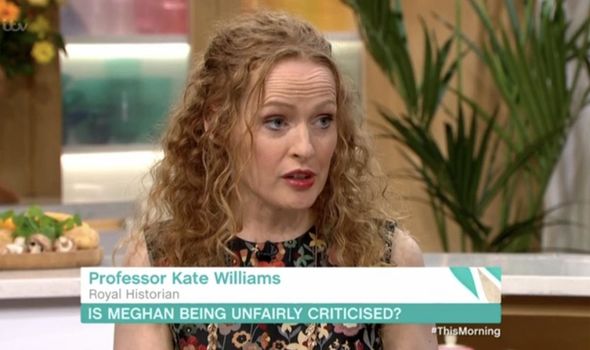 “I feel there hasn’t been a change, Meghan has suffered criticism right from the beginning. Lainey’s got a lot of important points.”

Kate pointed to other royals who have faced criticism, including Prince Philip, Kate Middleton and Princess Diana before stating Meghan has it “worst of all”.

She shared: “Meghan’s having it the worst of all there’s things she does that all the other royals have done.”

“I am a big defender of Meghan I think she’s a wonderful fresh of breath air,” Kate added.