Phillip Schofield, 57, and Holly Willoughby, 38, spoke with Richard, 71, about his life and his 50 year career in the movie industry.

This Morning viewers at home found the interview a little awkward as the veteran actor gave detailed recounts of his experiences.

During one particular story, Richard became a little loose lipped and made an accidental slip-up with his language.

The moment didn’t go unnoticed by the presenters as although Phillip didn’t stop the interview, he briefly apologised for the language used on the ITV daytime programme.

Recounting one of his stories and the frustration he felt during the moment he was speaking about, Richard went on to say: “I was like p*****,” but stopped himself as he realised the mistake he made.

Taking to Twitter as they watched the interview at home, one posted: “Why do I find this so uncomfortable to watch?? #ThisMorning.”

Another added: “#ThisMorning this is not at all awkward is it?” as a third remarked: “#thismorning most awkward interview ever!”

A fourth opined: “Anyone else find this interview with Richard Dreyfuss a little bit strange & uncomfortable? #thismorning.”

Referring to the moment the actor made his accidental slip-up, a fifth shared: “@RichardDreyfuss swearing on #ThisMorning was a highlight to my morning Phillips apology was sweet, bless him!” 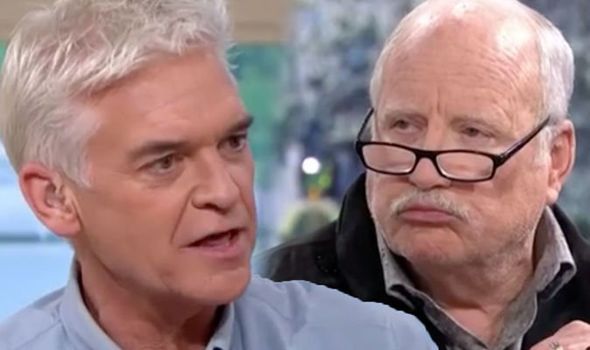 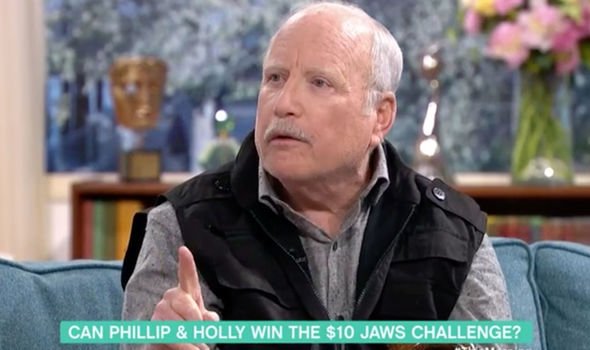 This isn’t the first time Richard has made a slip-up with his language, as he also swore during an interview on The One Show last week.

The veteran actor was speaking about working with Hollywood director Steven Spielberg and recounted a heated discussion he had with the Jaws hitmaker.

After explaining Spielberg told him one of the endings to his films would have been different if the director had gone to on have children, Richard remarked: “To that I say bulls**t.”

Presenter Angela Scanlon, 35, was the one apologising this time as she told Richard: “We’re not actually allowed to use that language at this time. So, we’ve got to apologise for that.”

Also on today’s edition of This Morning, Holly and Phillip began the show joined by two french bulldogs. 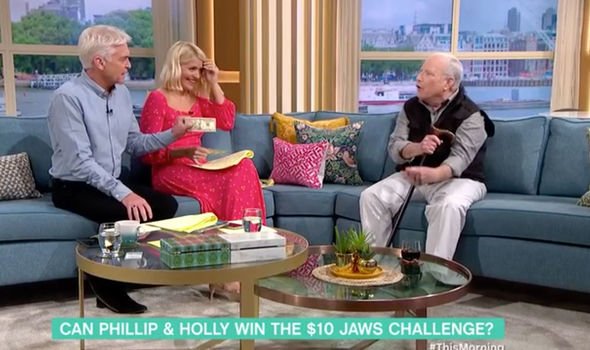 Named after the hosts of the show, the dogs seemed to be causing a bit of mischief as Phillip said: “We had a whole different opening planned but they were misbehaving.”

The host went on to explain: “They are both rescue dogs in need of a home,” with his co-host set to follow on from him.

However, the presenter became a little distracted as she was pulled off the set by one of the dogs who wouldn’t sit still.

“Holly come back!” the presenter quipped to the dog she was holding, adding: “Sometimes I don’t want to do it either but we have to!”

Phillip then went on to tell viewers how his dog had already been to the toilet on the set, with Holly remarking: “Mine’s yet to go, so anything could happen.”