“Freaky” stays No. 1 with just $1.2 million, the lowest chart-topping total since “Tenet” was released 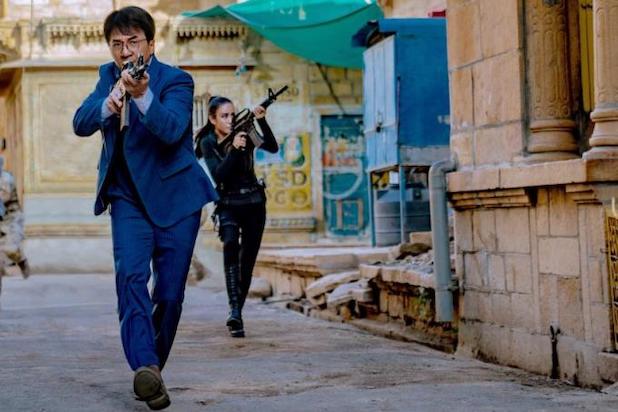 The most deadly wave of COVID-19 infections yet has had its expected impact on the box office. With multiple states ordering closures of movie theaters, the sole wide release of the weekend, Gravitas Ventures’ “Vanguard,” grossed just $400,000 from 1,375 screens this weekend.

Meanwhile, Universal/Blumhouse’s “Freaky” was able to hold on to the No. 1 spot for a second weekend with just $1.2 million from 2,057 screens, giving it a global 10-day box office total of just $9.2 million. It’s the lowest weekend total for a No. 1 film since theaters attempted to reopen in September with the release of “Tenet.”

It has been a brutal week for theaters, even as news of potential approval of a vaccine offered hope of an end to the pandemic sometime next year. Warner Bros. announced that “Wonder Woman 1984” would release on HBO Max on the same day as its Christmas Day release in theaters; and while the film will only be available on streaming for 30 days and movie theater owners who spoke to TheWrap say they are still pleased to have a major holiday offering, the day-and-date release removes hopes that the DC film — which was expected to gross $1 billion worldwide — would be a title to entice moviegoers back to theaters when the pandemic ends next year.

Meanwhile, the worst fears of epidemiologists have been confirmed as infection rates have skyrocketed across the United States. While Republican governors such as Texas’ Greg Abbott have said they refused to call another lockdown, theaters in multiple states including California, Michigan, Washington, Oregon, and Minnesota have been forced to close. Exhibition sources tell TheWrap that around 2,800 theaters remain open, and while that number is unlikely to hit zero, it will continue to dwindle as the COVID-19 winter wave continues to worsen.

Focus’ horror film “Come Play” was in fourth with $510,000 and an $8 million total after three weekends, and a Disney re-release of Tim Allen’s “The Santa Clause” completes the top five with $481,000 at 1,561 screens. Warner Bros.’ “Tenet” will cross $300 million in overseas grosses after 12 weekends, currently holding a global box office total of $356 million.