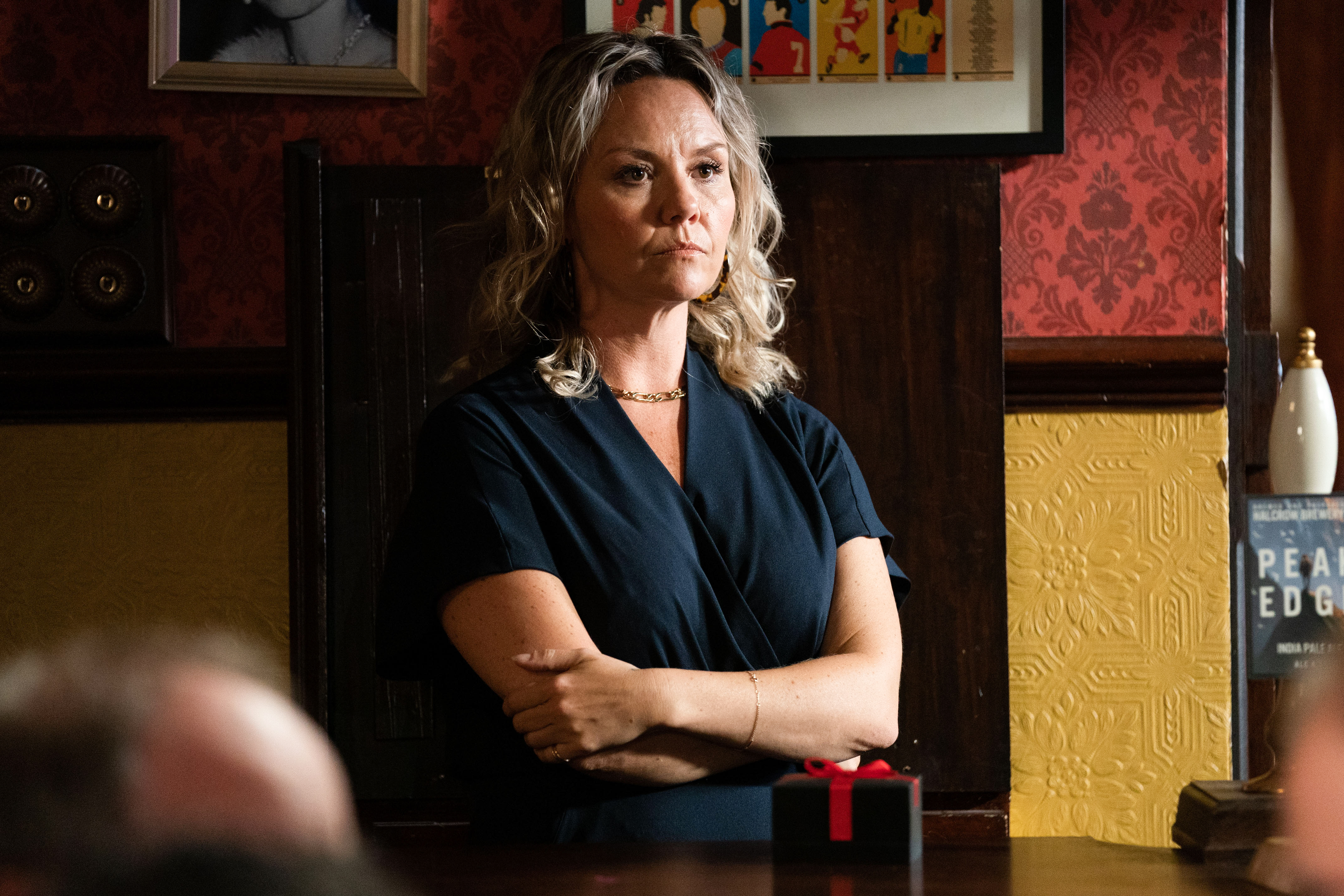 Warning: This article contains information from the EastEnders episodes available on BBC iPlayer boxsets – they have not yet aired on TV.

Janine Butcher (Charlie Brooks) is upping her plotting to get rid of Linda Carter (Kellie Bright) from the life of Mick (Danny Dyer) in EastEnders this week – and she is pulling in Jada Lennox (Kelsey Calladine-Smith) to her games.

Janine is getting desperate, especially when it seems like Linda could be discovering hints that she was responsible for the crash that Linda is taking the blame for.

Linda shares the date for her upcoming court hearing with a supportive Mick and expresses her concerns over the outcome.

Later, a distraught Linda enters The Vic following the argument with Stuart and Mick comes to her aid, much to the disappointment of Janine.

Linda gets emotional about the prospect of being separated from Annie after she takes her first steps in front of her and Mick. They almost kiss but are interrupted by Jada.

This is sure to go down well with Janine!

Later, an insecure Janine flirts with Mick who is distracted with thoughts of Linda. Trying to offer his support, he asks Linda to go over the exact events of the accident and encourages her to check her call log online.

Mick and Linda soon discover that Linda made a call to The Vic that night, panicking Janine.

Convinced she is going to prison, Linda writes birthday cards for the future for her children. Sharon reveals that she was at The Vic on the day of the accident and knows who answered Linda’s call.

At The Vic, Linda confronts Janine about the call in front of Mick but she claims that there was no one on the other end of the line.

Janine later fakes that she feels awful about not hearing anyone on the phone when Linda called and Mick continues to support Linda by offering to accompany her to court, much to Janine’s frustration.

Linda decides to make the most of the time she has and suggests a Carnival party at The Vic, which Mick loves.

Sharon encourages her to give Jada a chance after an earlier incident with drugs, which saw a desperate Stuart hand them to her, after contemplating taking them.

When the drugs fell from Jada’s bag and into the hands of the local teens, Amy ended up in hospital.

Later, Janine convinces Jada to get involved in her plot against Linda, convincing her that it will protect her and Alyssa.

Mick encourages Ollie to have a sleepover at Linda’s, for which she is grateful.

When Linda realises she was wrong about Jada she apologises to her for getting the wrong end of the stick and offers her job back to her, prompting Jada to call off her deal with Janine.

But now that she is smack bang in the midst of the situation, Jada would be naive to think that she can just bail on Janine…

Will she end up being the fall girl for Janine’s scheming?

Jada is set to depart Walford in coming weeks; and when your final storyline involves Janine, it’s unlikely to end well.