Jennifer Grey has spoken out after watching clips of her ex-fiancé Johnny Depp’s trial with Amber Heard, saying she ‘doesn’t recognise’ him in footage from the court.

Depp, 58, is suing his ex-wife Heard, 36, for libel and seeking $50million (£39m) in damages after she published an article in The Washington Post in 2018, in which she wrote about being a victim of domestic abuse.

The Pirates of the Caribbean actor claimed that the piece damaged his acting career by associating him with abuse, despite not mentioning him by name.

Dirty Dancing star Grey, who was engaged to Depp briefly in the late 1980s, recently expressed how ‘sad’ she found the defamation trial, saying: ‘It breaks my heart for everybody involved.’

In a new interview, the 62-year-old was shown a picture of Depp in the trial and one when they were together, gesturing to the two photos as she remarked: ‘Let me just say, it was not that Johnny, it was that Johnny. It was a different Johnny.’

While speaking on The Tamron Hall Show in the US, Grey was asked what differences she sees between Depp as she knew him in the 1980s and in the present day. 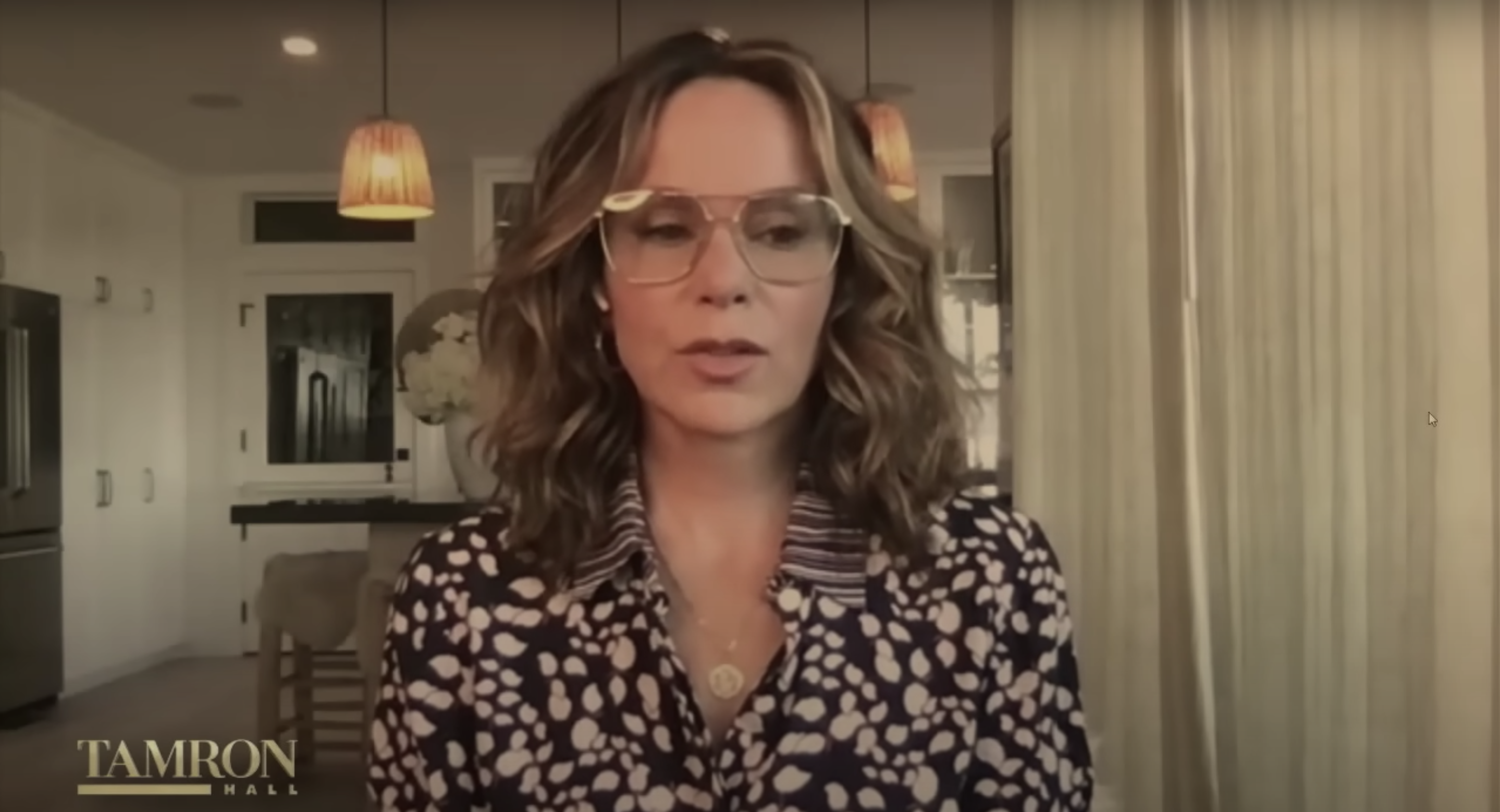 She continued: ‘It’s nothing to do with anything that I’ve ever experienced, and it makes me sad, and I don’t understand what’s going on, and I just want everyone to be OK. That’s all.’

The Ferris Bueller’s Day Off star is currently promoting her memoir, Out of the Corner, in which she reportedly remembered Depp acting in a ‘crazy jealous and paranoid’ manner when they were romantically involved, when he asked for details on what she’d been up to while he was away.

‘I attributed his ill temper and unhappiness to him feeling miserable and powerless to get off 21 Jump Street,’ she’s said to have written. Metro.co.uk previously contacted Depp’s representatives for comment on the remarks.

Grey and Depp started dating shortly after her relationship with Matthew Broderick came to an end, who she was also engaged to in 1988.

She married Avengers star Clark Gregg in 2001, with the pair remaining married for two decades and sharing a daughter before their divorce was finalised last year.

The ongoing trial between Depp and Heard is currently on pause, and is set to resume on Monday next week.

The Tamron Hall Show airs across the US in national syndication.