Jeremy Clarkson, 60, and Richard Hammond, 51, have been working together for years, having presented Top Gear alongside James May, 57, before the trio took on The Grand Tour. Each of them have pursued their own solo projects over the years, including hosting quiz shows and venturing down a culinary path. However, Richard has teamed up with Mythbusters star Tory Belleci, 50, for a new Amazon programme and in the first look at the show, the motor vehicle enthusiast makes a sly dig at one of his co-stars.

It was revealed several months ago Richard would be venturing out on his own but the details of the show and what to expect have been kept a secret.

On Tuesday, it was announced the programme would be called The Great Escapists and the episodes will land on the streaming service later this month.

The premise of the action sees The Grand Tour presenter stranded on a deserted island with his new co-star, Tory.

Putting their creative minds together, the pair have to learn how to survive in the great outdoors and how to get to safety.

To kickstart the one minute trailer for his new project, Richard takes a swipe at Jeremy as he emerges from a crate and recreates the iconic Cast Away scene where Tom Hanks’ character talks to a football. 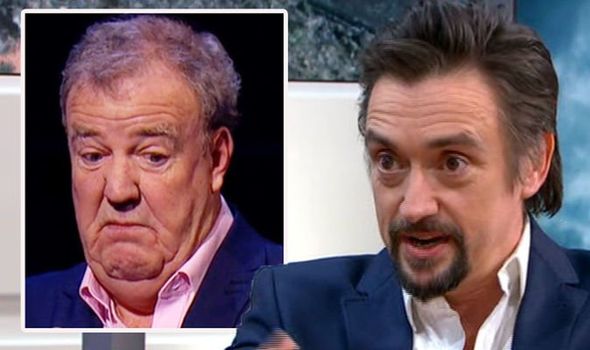 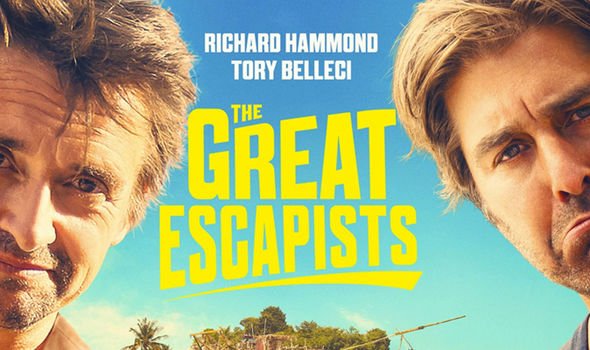 Holding his own football, Richard branded his friend: “Old, leathery and out of shape,” adding: “I shall call you Clarkson.”

Moving on from his swipe at the Who Wants To Be A Millionaire host, the presenter is then seen in several scenes from the show.

The latter replies: “We might be able to build something to get us home,” before the pair are seen creating their own forms of transport to get off the island. 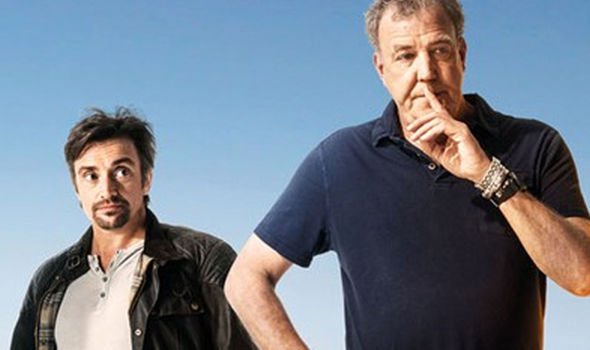 Old, leathery and out of shape

Unfortunately, it seems some of their creations won’t be as successful as they had hoped, with Tory telling Richard: “The worst part is, you don’t want to get rescued.”

The Grand Tour star is seen grimacing as he continues to have fun building lots of different forms of transport.

After the trailer dropped online, fans rushed to social media to share their thoughts on Richard’s solo project.

One viewer posted on Twitter: “Oh yeah – this is what we need #TheGreatEscapists #amazonprime thank you @RichardHammond.”

Another fan added on the micro-blogging site: “This looks like a fun ride. Can’t wait. #TheGreatEscapists.”

Whilst a third commented: “The level of madness that show will achieve may not be measurable by modern science. I’m loving it already.

A fourth social media user remarked: “This is going to be more interesting than the last episode of The Grand Tour.”

“This sounds like a disaster waiting to happen. So naturally, I can’t wait to see it!” a fifth viewer shared.

This isn’t the first solo project Richard has been a part of as he also hosted a show on Discovery last year.

One fan replied: “Right we’ve got Hammond with Big, now we need Clarkson with ‘Small’ and May with ‘Exciting’.”

However, fans need not fear as the trio will be reunited when filming resumes on season four of The Grand Tour in the foreseeable future.

The Great Escapists will be available to stream on Amazon Prime from January 29.