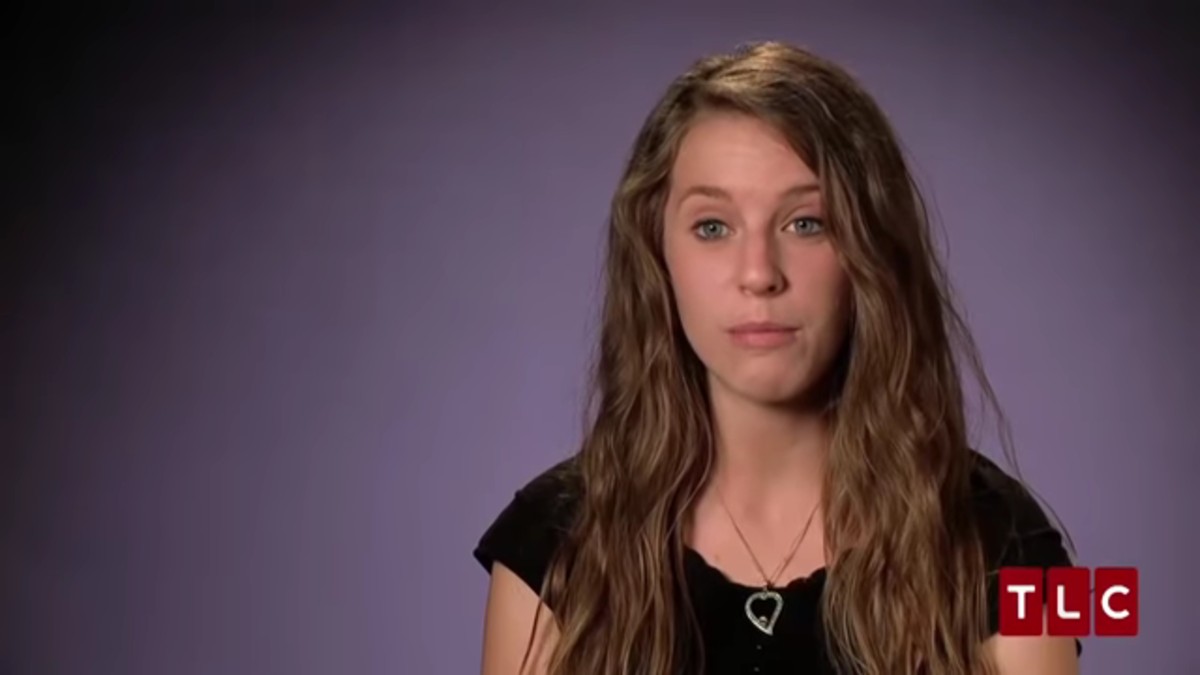 Jill Duggar is making waves once again. Her date night photo caused quite a stir when she revealed that she was drinking a pina colada, and now, the admission that she enjoys being “touchy-feely” has Counting On fans talking.

There hasn’t been a lot of talk about her life with Derick Dillard except for what they choose to share and what was shown on Counting On. They have had a chance to make their own rules, and now, it looks like a little bit of PDA isn’t a bad thing for the couple.

What did Jill Duggar say about being “touchy-feely?”

On her date night photo, Jill Duggar was questioned about why she was seated next to Derick Dillard instead of across from him. This isn’t something new as they have shared several photos of themselves and they are always next to each other.

She said, “I’m very touchy feely so we like to sit on the same side of the booth always lol.”

This explains why they are always sitting on the same side of a table or in a booth. Jill and Derick have their own way of doing things, but this is one that sticks out the most when they are seen together.

This was also the first time in a long time the two had been out together. Since COVID-19 hit, things have been shut down and date nights have been at home. Jill revealed they traded childcare with a friend in order to spend quality time with one another at a Mexican restaurant. 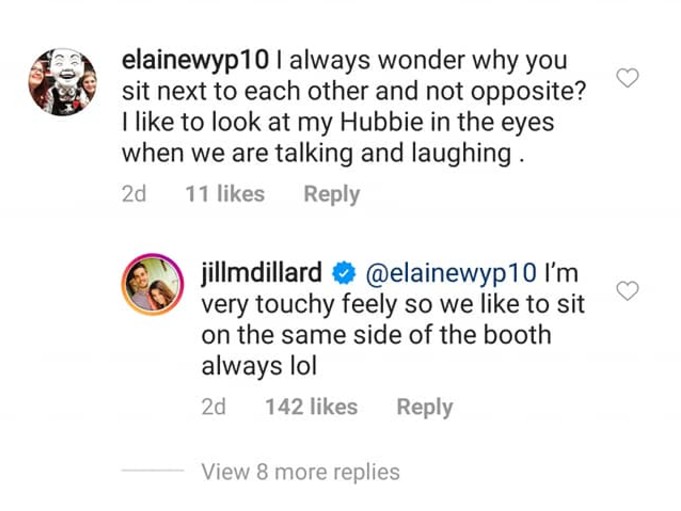 What’s next for Jill Duggar and Derick Dillard?

Currently, Derick Dillard is in his last year of law school. Jill Duggar recently shared photos of his first day of school and Israel Dillard’s first day of kindergarten. The two boys got plenty of good wishes on their first days.

They are no longer filming Counting On, but don’t count them out yet. Derick revealed that he would consider returning “someday,” though there wasn’t an elaboration on how far into the future that could be. For now, he and Jill aren’t allowing the Duggars to make any money off them.

Being happy is what Jill Duggar and Derick Dillard seem to be living for right now. They have worked through a lot of drama over the last year, but now, it seems that things are working out in their favor.

Counting On airs Tuesday nights at 9/8c on TLC.