Dominican musician and bandleader co-founded Fania Records, known as the Motown of Salsa 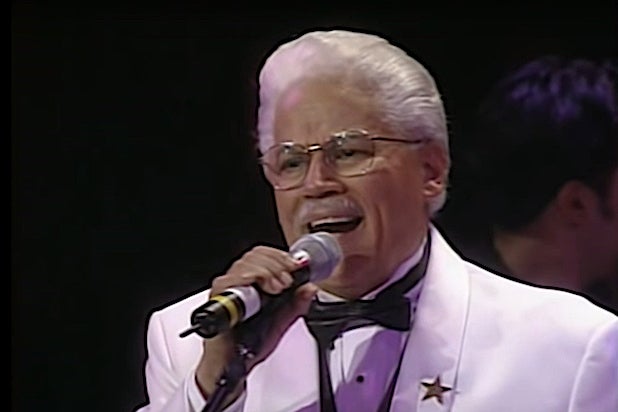 Johnny Pacheco, the Dominican-born bandleader and co-founder of Fania Records, which opened the world to salsa music, died Monday. He was 85.

His wife, Maria Elena Pacheco, announced his passing at Holy Name Medical Center in Teaneck, New Jersey. No cause of death was provided.

Fania Records posted a tribute to Pacheco on Facebook, writing: “It is with profound sadness we share the news of the passing of Johnny Pacheco today at 85 years old, he was one of Fania’s founders and the man most responsible for the genre of Salsa music. Born in Santiago, RD and later moving to NY as a child he was much more than a musician, bandleader, writer, arranger and producer, he was a visionary. His music will live on eternally and we are forever grateful to have been a part of his wonderful journey.”

Pacheco’s music career began in 1954, when he pulled together The Chuchulecos Boys band. With Pacheco on percussion, they played at social events and weddings. He later went on to play for several other bands, including Tito Puente and Xavier Cugat. In 1958, he recorded his first album, playing congas and bongos aside Charlie Palmieri on piano on the Latin jazz album “Easy Does It.”

After joining Alegre Records, Pacheco recorded the album “Pacheco y su charanga.” The album’s success was thanks to a new dance fad at the time called the pachanga — a brisk blend of cha-cha-cha and merengue — that propelled him to worldwide notoriety.

In 1963, he and co-founded and became creative director and musical producer of a new label, Fania Records, which launched the careers of many popular salsa artists and became known by many as the Motown of salsa. The label’s roster of salsa musicians toured as Fania’s All-Stars.

During his multi-decade career, Pacheco wrote and recorded over 150 songs, earned nine Grammy nominations, 10 gold records and was presented with the Presidential Medal of Honor in 1996 from the then-President of the Dominican Republic, Joaquin Balaguer. The same year he became the first Latin music producer to receive the National Academy of Recording Arts & Sciences Governor’s Award.

Pacheco is survived by his wife Maria Elena, two daughters, Norma and Joanne; and two sons, Elis and Phillip.