A jury found Kyle Rittenhouse not guilty on all charges in the killing two men and wounding another during the protests that followed a police shooting in Kenosha, WI, in summer 2020.

The verdict in the case has galvanized the media and the televised trial drew ongoing coverage on cable news networks, igniting a renewed debate not just over racial injustice but the right to self defense and vigilantism. 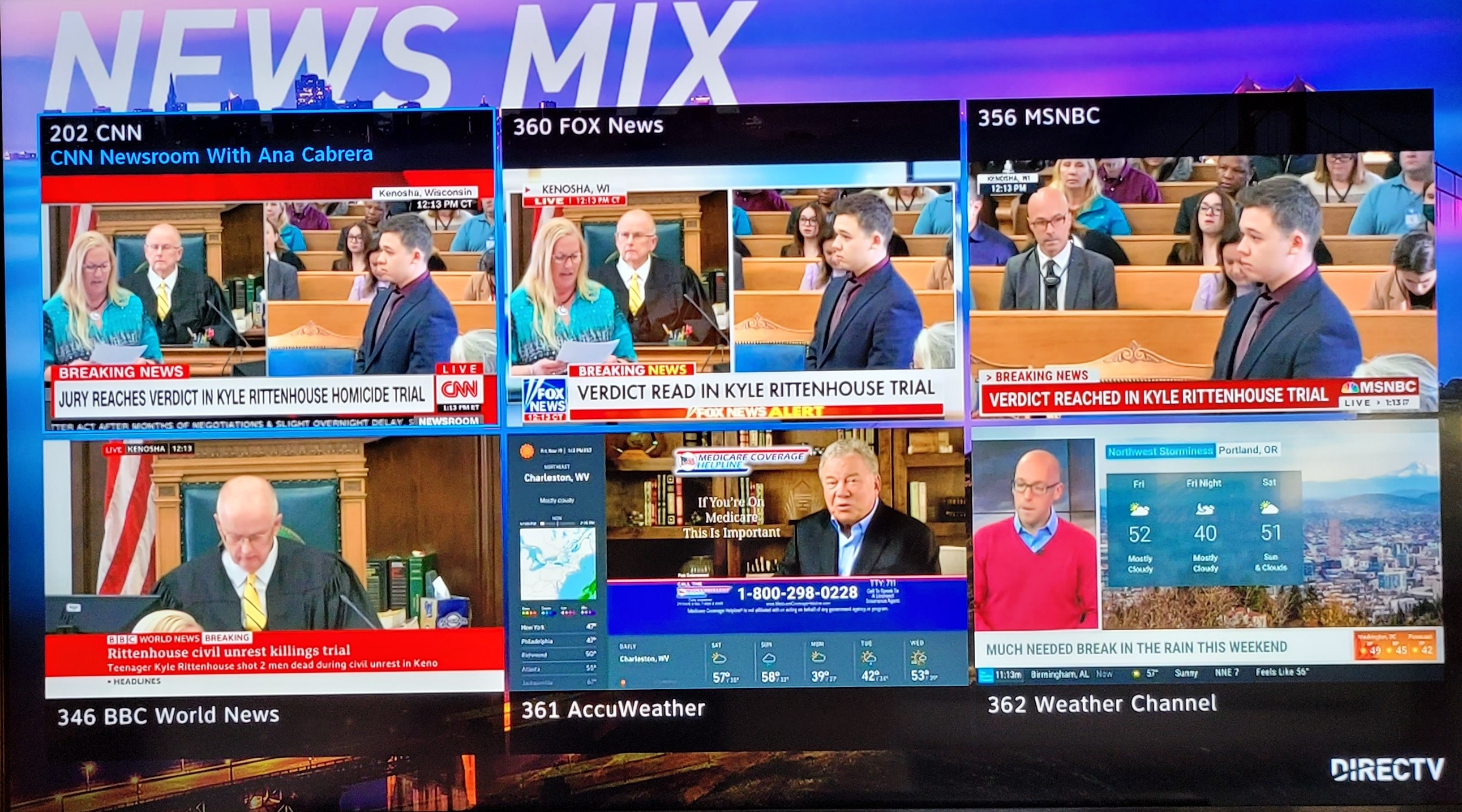 During the trial, prosecutors portrayed Rittenhouse as provoking the shootings, as he brought a semiautomatic rifle to the protests and recklessly waved it that night. He was “looking for trouble,” as prosecutor Thomas Binger put it. He characterized Rittenhouse as a “wannabe” solider and part of the “chaos tourists” in Kenosha “trying to feed off of what we were going through.”

Rittenhouse was 17 when he traveled to Kenosha from his Illinois home to, as he said, protect property owners over the protests of the police shooting of Jacob Blake.

Rittenhouse shot and killed Joseph Rosenbaum, 36, and Anthony Huber, 26, and wounded Gaige Grosskreutz, now 28. All three are white, as is Rittenhouse.

Rittenhouse’s lawyers argued that he acted in self-defense, as Rosenbaum chased after him. Huber, meanwhile, was on video striking Rittenhouse on a skateboard. Mark Richards, the defendant’s lead attorney, told jurors in closing arguments, “Every person who was shot was attacking Kyle: one with a skateboard, one with his hands, one with his feet, one with a gun.”

The judge in the case, Bruce Schroeder, drew attention during the trial for moments when he lashed out as prosecutors but also for some of his asides. At one point, he sent jurors to lunch and said that he hoped the “Asian food isn’t coming, isn’t on one of those boats from Long Beach Harbor.”

As the jury was deliberating, Schroeder blasted the media coverage of the trial, singling out coverage of a moment when he allowed Rittenhouse to randomly pick jurors out of tumbler. “I would admit that there are not a large number of courts that do that, maybe not any,” he said. He said that he has done it since he presided over a trial in Racine, WI with a Black defendant and, with a clerk picking the names, excluded the only Black member of the jury pool.

“I think people feel better when they have control,” he said.

At the White House, Press Secretary Jen Psaki, in the midst of a daily briefing, did not give a reaction to the verdicts.