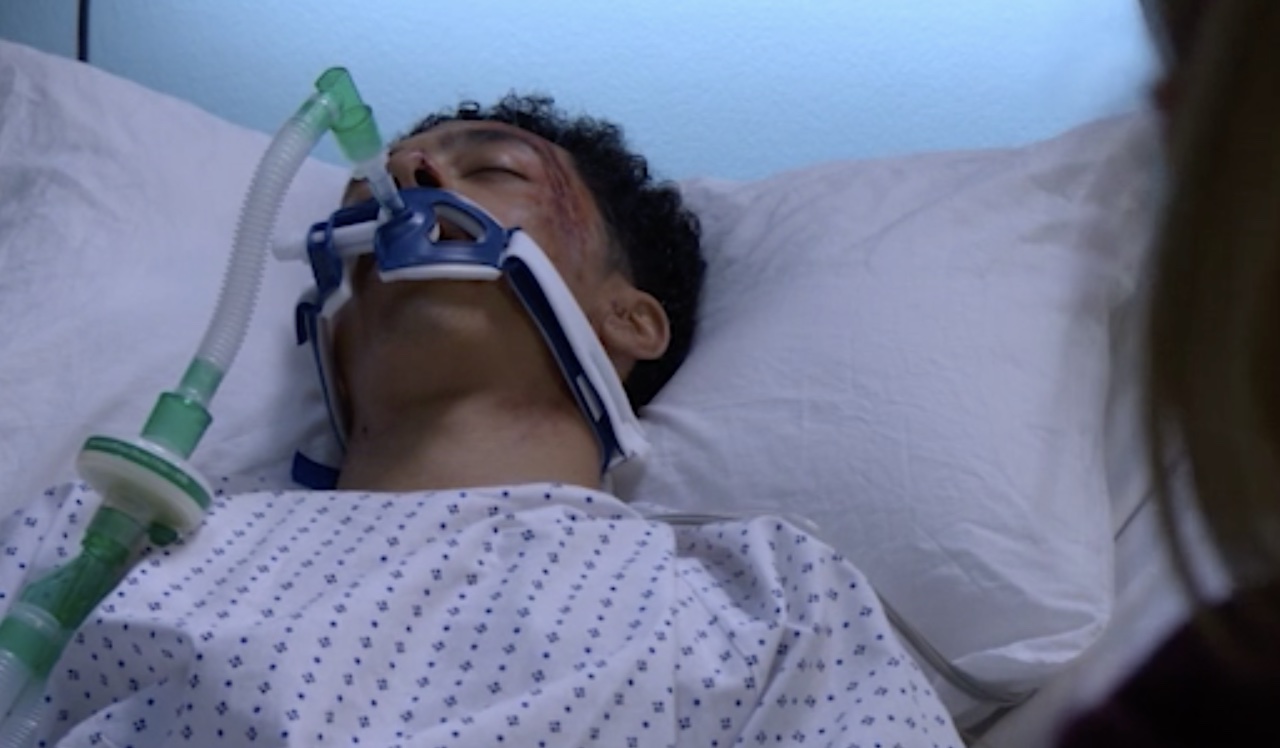 Keegan Butcher-Baker’s (Zack Morris) life hangs in the balance in EastEnders, following a racist attack carried out by a far-right gang.

The mainstay was left to die in the brutal assault during Thursday’s (December 2) edition of the BBC One soap.

Keegan left the pub afterwards, but he was cornered by the same group of men, with ring-leader Neil (Thomas Coombes) getting in his face and making racist comments.

The rest of his gang soon followed with weapons in hand, and a vicious assault was carried out on Keegan, as a pleased Aaron watched on in disturbing scenes.

The attack sent shockwaves through Walford, with several residents unable to believe what had transpired the night before.

Keegan was taken to the hospital, and it soon came to light that he’s got a collapsed lung.

Karen Taylor (Lorraine Stanley) was heartbroken to find out what happened to her son, while Tiffany was appalled to discover that her social media post had a huge part to play in Keegan getting attacked.

The question is: will Keegan pull through?

EastEnders continues Monday December 6 at 8:05pm on BBC One.