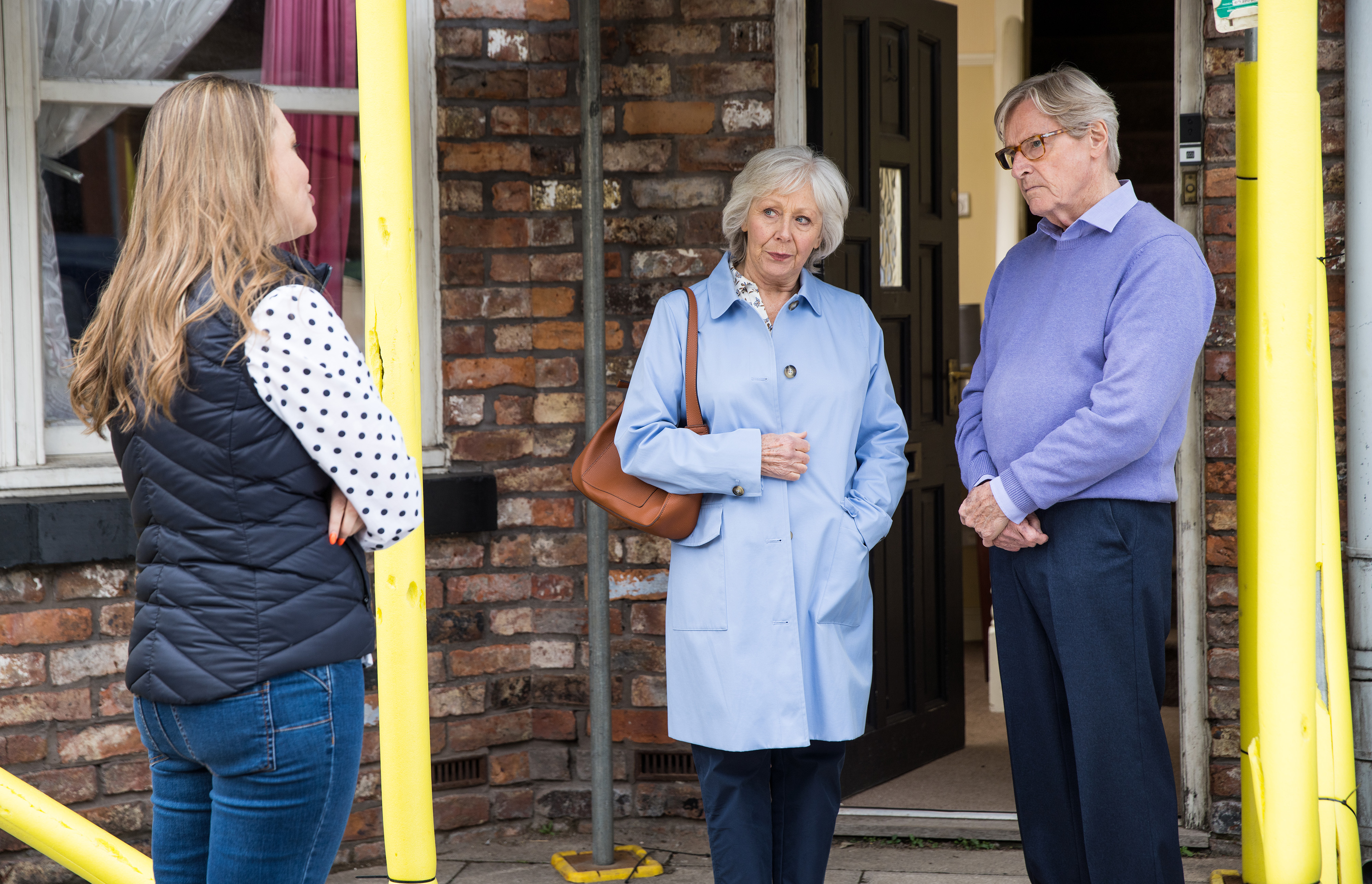 Wendy has been back a couple of weeks and so far, she’s been pretty reluctant to hang around in Weatherfield.

Wendy is mainly involved in scenes with Abi (Sally Carman), who’s living with her as part of an arrangement following Alfie’s custody hearing.

In order to prove she’s a fit mother, Abi is being observed by Wendy while looking after Alfie but of course, as Abi’s from Coronation Street, she often wants to return there to see Kevin (Michael Le Vell) and her friends.

When they first paid a visit, Abi was confused when Tracy (Kate Ford) spotted Wendy and began hurling abuse at her, wondering why Tracy was being unkind to a complete stranger.

Coming up, Wendy decides to tell Abi about her history with Ken.

Abi urges her to go and make up with him and promises she’ll deal with Tracy.

As Abi distracts Tracy, Wendy calls at No.1, but how will Ken react?

Later on, as Abi and Tracy round the corner, Tracy’s incensed to see Wendy leaving her home.

Tracy marches over, ready for a stand-up row, but how did Wendy’s interaction with Ken go?

Will they put the past behind them and become friends?

Not if Tracy has anything to do with it, we reckon.