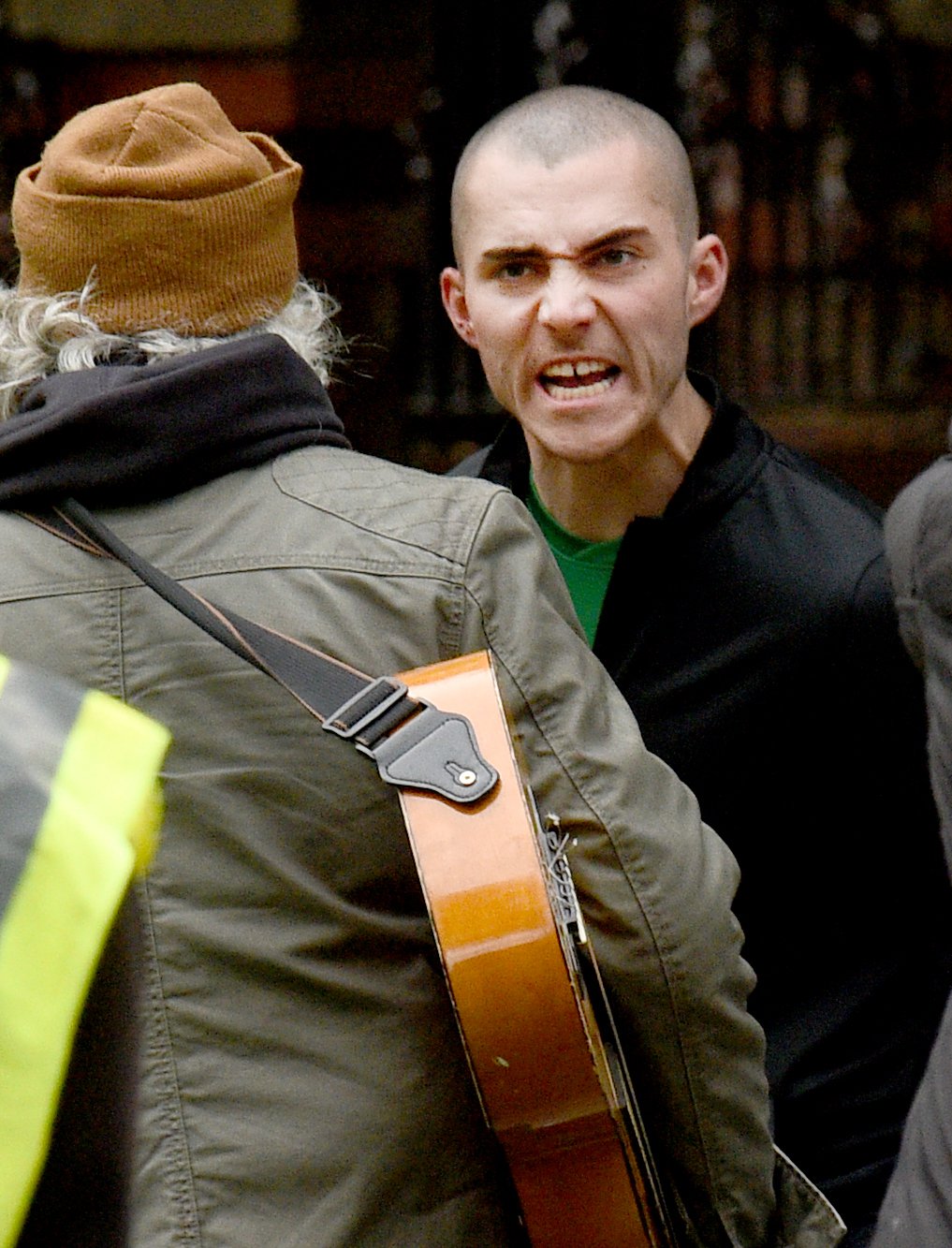 Coronation Street killer Corey Brent (Maximus Evans) looks set to strike again as a busker reveals themselves as a witness who clocked him getting rid of the incriminating backpack on the night of Seb’s murder.

Flashbacks showed Corey flinging the back into the water after he brutally beat up Seb, leading to his death and he recently smugly walked away from court free, having been found not guilty by a jury.

Kelly Neelan (Millie Gibson) is currently in prison, blamed for the murder while Abi Franklin (Sally Carman) is seething with rage, determined to make Corey pay.

In fact, if the courts won’t get him, she prepares to spill his blood, arming herself with a gun and lying in wait.

As for whether she will shoot the killer, that remains to be seen but the action looks set to form part of a massive week for the show, involving death, stunts and showdowns.

Discussing the spectacles, Sally enthused: ‘It’s ridiculous, it’s outrageous, and it’s such good fun! I’m on night shoots. There are stunts galore and it’s been so much fun!

‘It’s one of those storylines that, as an actor, you just go: “Oh come on! Let’s have it!” It’s brilliant.’

She added: ‘I’m delighted to be part of it. When we were in studio last week doing the stunts, I was just pinching myself! I was just like: “How do I get to do this?”

‘I’m really really happy. It’s funny, in real life things wouldn’t automatically go to the lengths that they do sometimes, but that’s the beauty of being in a soap, you can just push the boundaries.’

In these fresh pictures, Corey looks battered and bruised, although it’s unclear at this stage what has happened to him.

Having discovered that the busker knows something that could put Corey away, the teen’s true colours explode and his temper flares as he issues a dark and dangerous threat.

Will he kill again to hide the evidence or could this be his undoing?

Of the major events ahead, which involve a major crash involving Dev and his kids and a sinkhole disaster, show boss Iain MacLeod enthused: ‘We don’t have Chekhov’s gun in our stories but we do have Chekhov’s sinkhole.

‘We’ve tried to look at the last 12 months and the limited way in which all soaps have been forced to tell their stories, and try to subvert that and go “we’re back”.

‘It’s a statement of intent that we wanted, as a show, to put out there – to make something we couldn’t possibly have made in the past 18 months because the pandemic wouldn’t allow it.

‘When you do a story of a certain scale and at a certain level of spectacle the viewers expect there to be significant aftermath to it and significant outcomes.

‘So yes, I can confirm that Chekhov’s sinkhole will result in a death.’