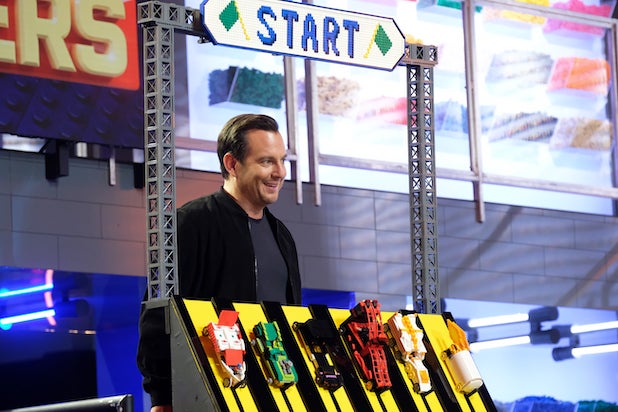 “Lego Masters” has picked up a second season order at Fox, the network announced Wednesday.

Host Will Arnett and judges Amy Corbett and Jamie Berard are set to return for another installment of the reality-competition show, which will shoot in the spring for a 2021 return.

“‘Lego Masters’ raised the bar for all competition series, wowing fans with its wildly creative builds,” said Fox alternative boss Rob Wade. “Add to that our insanely dynamic host, Will Arnett, and it’s just a great hour of family-friendly fun. We can’t wait to see this new batch of Lego contestants attempt to master Season 2’s even bigger and better challenges, brick by brick.”

“I’m looking forward to getting back to the fun with this next block of shows,” added Arnett, who is also an executive producer. “To say that these Lego puns write themselves takes away from the work I’ve done over the last two and a half minutes.”

“Lego Masters” aired debuted earlier this year to solid ratings for the network. An adaptation of a British format, the show features pairs of Lego enthusiasts facing off in a series of brick-building challenges with one pair eliminated at the end of each episode.

Executive producers on the show include showrunner Anthony Dominici, along with Sharon Levy, DJ Nurre and Michael Heyerman from Endemol Shine North America, Karen Smith and Steph Harris from Tuesday’s Child and Jill Wilfert and Robert May from The Lego Group.