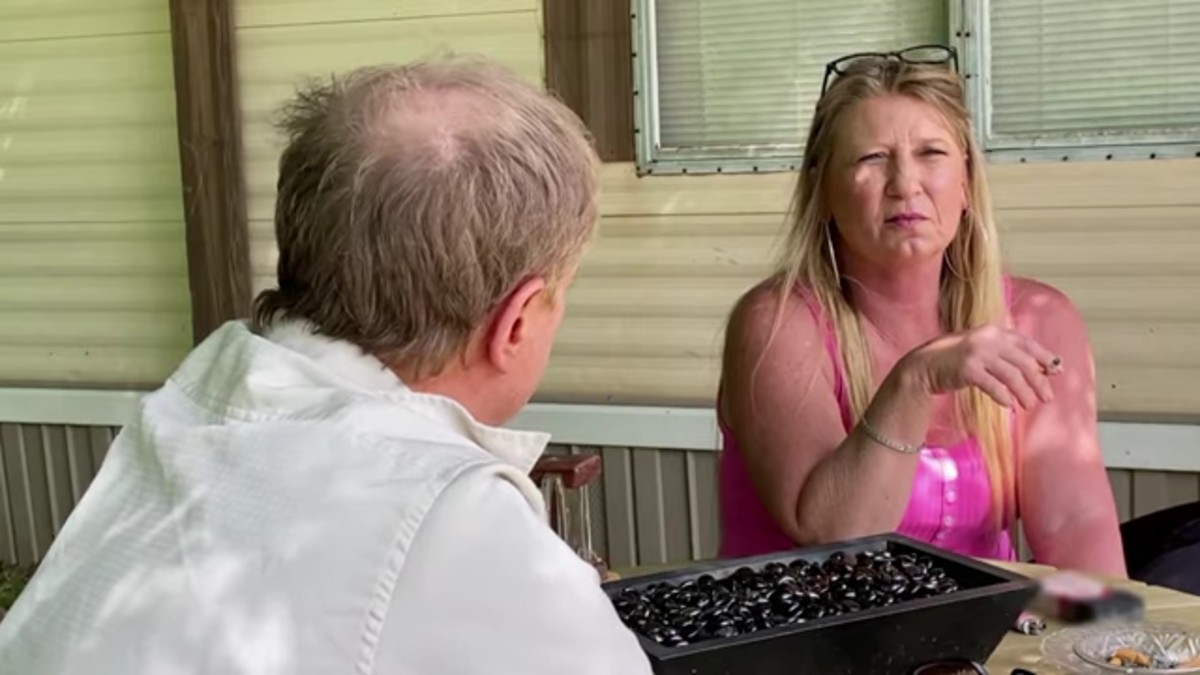 Life After Lockup couple Angela and Tony are split. She revealed that he left months before the four-part series was shot, and with COVID, he hadn’t returned.

Angela talked to her sister, Faye about it during the first episode. It was then it was revealed he had been put out shortly after the wedding. Tony did return to try and talk to her, but it looks like a reconciliation isn’t happening.

When Tony reminded her that they were still legally married, she dropped a bombshell. Angela never filed the marriage license. This means that they are not actually married at all.

In this exclusive Life After Lockup clip, Angela and Tommy are sitting around, talking about life. She tells him that she and Tony are essentially over. Fans may be hoping that these two will decide to give love a shot, but that is not the case.

Ross is mentioned. He is someone who Angela met and was talking to before Tony. She has a history with him and even though they didn’t talk for quite some time, she is rekindling her relationship with him.

She continues to tell Tommy about him. He looks less than enthusiastic about another man that Angela is involved with. After all, he professed his love to her before she moved forward with Tony. He wanted to give her the life she deserves, and yet, she is dead set on being with an inmate.

What’s next for Angela and Tony?

There are still two more episodes left in the four-part Life After Lockup special. Viewers learned that the two are no longer together, but will they reconcile?

This new guy, Ross, was part of the trailer. We saw Angela talking to him on video chat and now, viewers will be able to see what this man is all about.

He was in jail for possession of a firearm, though if there was more to it, she didn’t tell Tommy. It seems that Ross and Angela had something a few years back, and she is working on getting that back.

Tommy is giving her the third degree, asking about if there was any cheating when she was with Tony. There is a lot to unpack and whether Angela chooses to reconcile with Tony or move on remains to be seen.

Life After Lockup airs Friday nights at 9/8c on WEtv.