Life After Lockup exclusive: Brittany and Marcelino dish about their lives 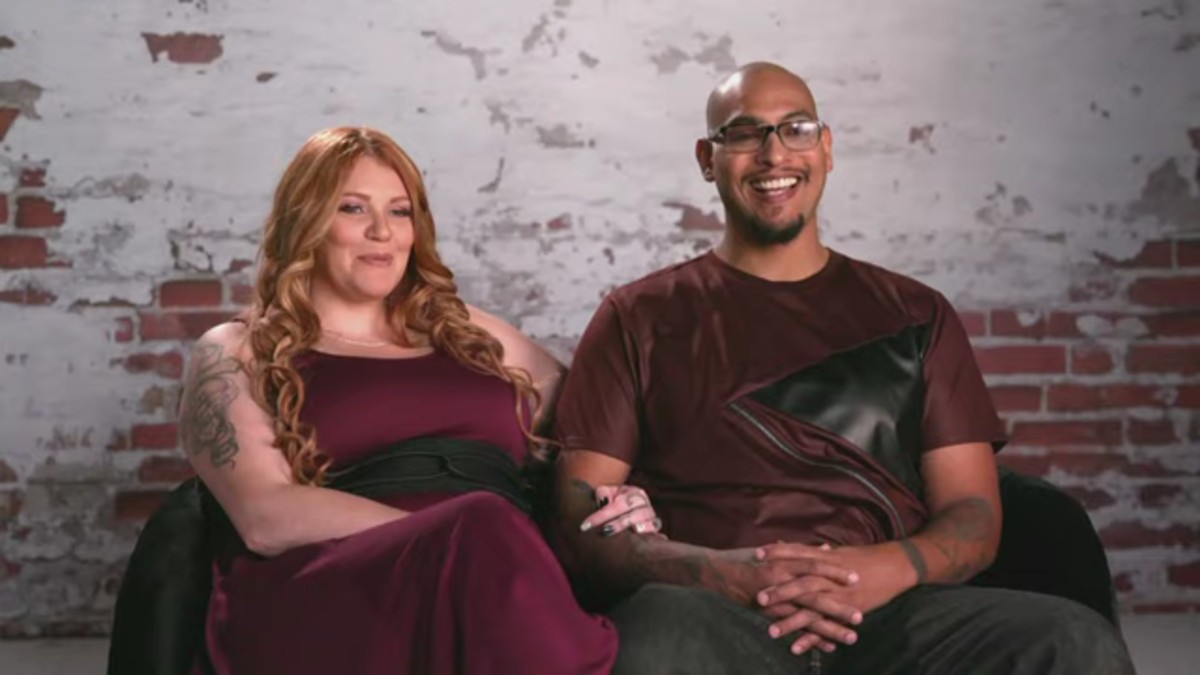 Brittany and Marcelino are arguably the fan-favorite couple on Life After Lockup. Their story has gotten plenty of attention and grown quite a fan base.

After their stint on Love After Lockup, viewers were happy to learn they were picked up to be on Life After Lockup. A lot has changed since fans first met the couple, and now, they are a family of five.

Both Brittany and Marcelino spoke with Monsters & Critics about their life now and continuing on with Life After Lockup.

Monsters & Critics: First, how are you guys holding up while dealing with COVID-19 and all the restrictions it has put on the country?

Marcelino: You know what’s funny about it, I’m a poker player and Brittany was getting into the job world, so we were actually on quarantine before the quarantine.

M&C: No not much change then, right? Are you still able to play? Nothing is open in Las Vegas, is it?

Marcelino: I hadn’t played pretty much all year. I don’t feel too safe with the precautions the casinos have taken out here, and even if they did, chips get passed around that you can’t ever really take too many precautions.

Brittany: And prior to COVID, he was only playing at night time anyways. During the day, he was here with me and the kids.

M&C: Did you guys have a chance to watch the new Love After Lockup couples, and if so, what did you think?

Marcelino: I just want to know who builds an altar in the back of a truck. He was really trying to get it done and consummated in a 15-minute window. You got to give it to the man for being ambitious.

Brittany: I don’t want to talk bad about anybody but I will say that Destinie is not my favorite.

Marcelino: I think the couples may have been catfishing each other. They don’t necessarily choose each other during the whole process. Like my experience with Brittany was nearly six to eight pages of letters just about every week and it was a good eight months before we had any kind of physical contact down at the prison. So, you know, within those first six to eight pages of writing, you can only BS the first one or two pages, but after that, you kind of get into who you are. I don’t think they got to who they were.

M&C: How was filming this four-part series more challenging than living with the film crew around?

Marcelino: Oh man. This process was very difficult. It gave me a greater appreciation for the crew and everything that they do. From top to bottom from everything they do from the lighting to the cameras.

Marcelino: It was very difficult and we asked about how everything works. You know like the different camera angles. The ship wasn’t going to sink on our watch.

M&C: How much has your life changed since adding another baby to the mix? Everyone says that going from two kids to three kids is harder than from one to two, is that something you guys experienced?

Brittany: It is so much different. Having two kids in diapers and tending to their needs all day long is definitely a task that is kind of hard to juggle.

Marcelino: There was no sleep before and even negative sleep now.

Marcelino: Exactly. He’s a happy baby all day and all night. Raising three kids isn’t easy but I am glad I have the opportunity to be here and be hands-on with them. I’m here to help Brittany and she’s here to help me because we do this 24 hours a day.

Brittany: I think one of the biggest adjustments is because when we bought our first house it wasn’t very big but it fit our family at that time. It’s almost like as soon as we moved in, we outgrew the house right away. I got a second dog, I became pregnant with our baby now. It’s frustrating being cooped up and not being able to go anywhere.

Marcelino: Right now, it’s a bit of an adjustment. You know our daughter is walking around and Gio is jumping around.

M&C: What is next for you guys? Will you return to Life After Lockup?

Brittany: For me, yes. I love telling my story and inspiring people.

Marcelino: For me, it was very difficult. I felt like as time went on, and we got messages from people, and not just people from America, but people from all over the world telling me how inspiring to see somebody who is one was able to just, just being real about my business. You know, it’s humbling to know that I can reach somebody halfway across the planet just by sharing my story. So at first, I was taking the seasons as they were offered, you know, because nothing is guaranteed.

Brittany: I recently published a book. It released during quarantine so it was kind of good timing. I am working on a sequel to that book right now.

M&C: Can you give me some spoilers for the next three episodes or anything to foreshadow what is going to happen in the coming weeks?

To see how Brittany and Marcelino’s story unfolds, be sure to tune in for the next three episodes.

Love After Lockup airs Friday nights at 9/8c on WEtv.