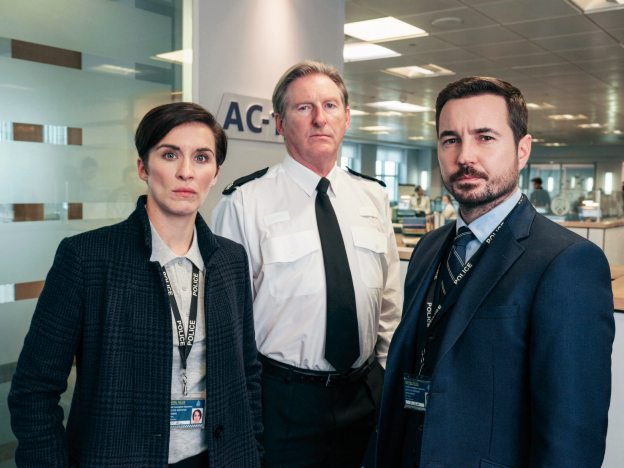 Line Of Duty has been crowned BBC iPlayer’s biggest show of 2021, beating tough competition from other popular titles including Doctor Who and Silent Witness.

The boxset of the police corruption thriller has been streamed more than 137 million times this year so far, the BBC said.

The first episode of the sixth series, which follows the actions of AC-12 and stars Martin Compston, was streamed 9.2 million times.

Consolidated figures show the same episode was watched by 14.6m people in its first 28 days, as reported by the corporation.

Line Of Duty beat programmes such as Pretty Little Liars, RuPaul’s Drag Race UK, Doctor Who, Silent Witness, and even the Olympics to become the biggest title on iPlayer this year so far.

The first episode of Vigil, a six-part drama series starring Suranne Jones as a police detective investigating a murder at sea, was iPlayer’s second most streamed episode, with 8 million streams this year.

It comes as no surprise, since the show is made by World Productions, the company behind Line Of Duty.

The debut episodes of prison drama Time, exotic crime thriller The Serpent, and Welsh mystery series The Pact were also in the top 10 iPlayer episodes between January 1-November 30.

The Uefa Euro 2020 final on July 11, in which England lost to Italy on penalties, placed fifth with 6million streams.

Another big hitter on the BBC was Northern Ireland-based police drama Bloodlands, a programme that was watched by 10million people within its first 28 days, figures show.

EastEnders was streamed 257million times across the year so far, almost 100million more than the same period last year, despite the show going on an extended hiatus after a break in filming due to the pandemic – it seems the country just can’t get enough of the Square’s drama!

BBC iPlayer is on track for a staggering 6billion streams in 2021, over half a million more than last year, making it its best year on record.

Dan McGolpin, director of BBC iPlayer and channels, said: ‘Line Of Duty tops the tables and it’s fantastic to see so many other brand-new drama series also featuring highly alongside those memorable sporting moments from last summer and some of the best documentary series of the year.

‘Of course the year’s not over yet and BBC iPlayer has something for everyone this Christmas, brand new boxsets like The Girl Before, A Very British Scandal and Around The World In 80 Days, a thrilling selection of blockbuster movies and an unrivalled collection of Christmas specials both past and present.’