The Marvel Cinematic Universe has expanded even further as a brand new series centred on the trickster god Loki (played by Tom Hiddleston) started on Disney Plus this week. At the show’s recent London premiere, the British star was thrilled to welcome newcomer to the Marvel franchise, Sophia Di Martino.

Fans were treated to an extra special preview of the first episode of the new series, in which the powerful mischief-maker was apprehended by the Time Variance Authority (TVA).

It’s currently unknown who Di Martino will be playing, though Hiddleston’s introduction hinted she’ll be making a huge impact on the wider MCU going forward.

The Loki star began: “It wouldn’t be Loki without a bit of unpredictability.” 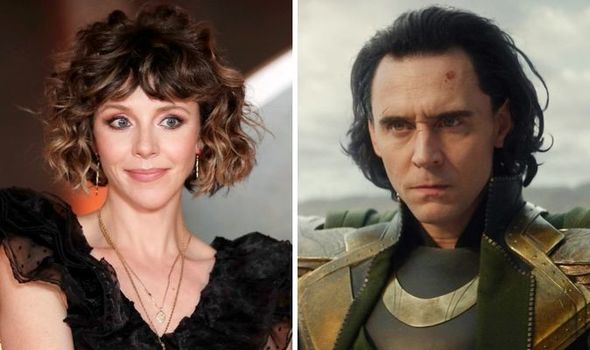 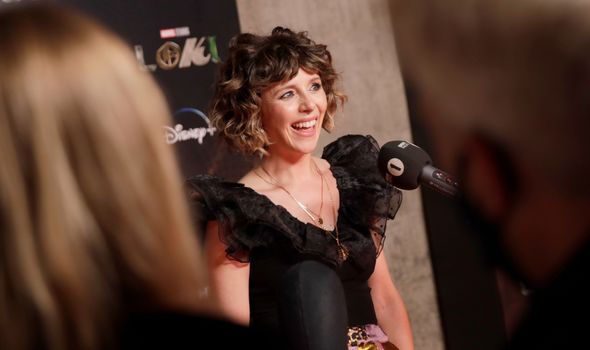 He then continued by admitting it had been a huge burden keeping the secret of Di Martino’s casting throughout the long production of the blockbuster new series.

Hiddleston admitted: “So I want to – it’s actually a relief for me – I have for 18 months been keeping a secret and I haven’t been able to talk about it at all.

“Finally, I can introduce you to someone. This person I have worked alongside and we have gone on this experience together on parallel tracks and I’m so pleased I can bring this person out to say hello.”

Production hit some major speedbumps last year as Loki was just a few weeks into filming when the coronavirus pandemic first began back in March 2020. 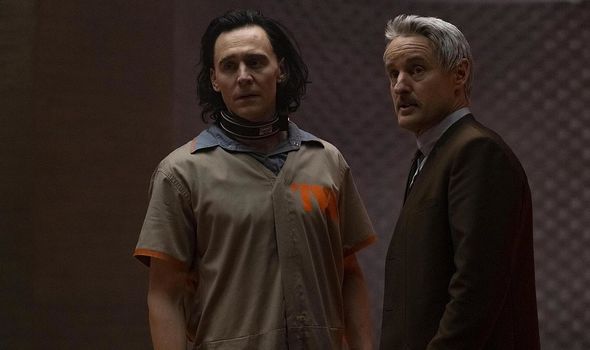 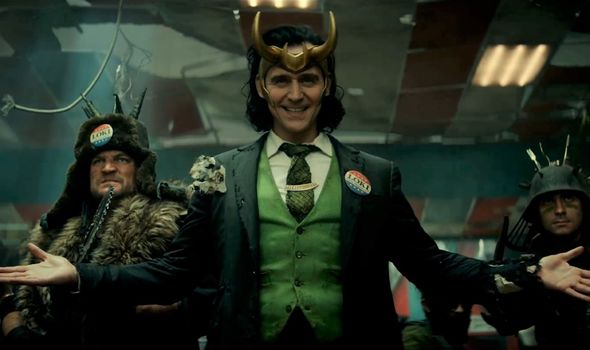 Thankfully, the cast and crew were able to get back to work in September in time for its eventual early summer premiere.

Finally, Hiddleston announced: “This person is playing a character who may be familiar to you, or so you might think. Welcome to the MCU, Sophia Di Martino.”

English actress Sophia Di Martino was reportedly chosen to take on a ‘highly contested’ role amongst a long list of hopefuls.

Before joining the Marvel throng, she was best known for her main roles in the British sitcom Flowers and last year’s BBC crime drama Silent Witness.

Marvel boss Kevin Feige has yet to divulge exactly who Di Martino will be portraying, though fans have widely accepted she’ll be introduced as a female version of Loki.

Ahead of the show’s release, the actress was spotted on set sporting a costume incredibly similar to that of her male counterpart.

However, others have speculated she could instead be playing Enchantress, a major villain of Loki’s brother Thor (Chris Hemsworth) from the original Marvel comics.

Hiddleston has already warned fans not to assume the easiest answer is always the right one when it comes to Loki’s new series.

At the premiere, he also said: “Expect the unexpected. Loki is always full of surprises – you never know what he’s going to do next.”

Sophia Di Martino is set to make her Marvel debut in the next episode of the six-part series.

Rumours and theories are still flying thick and fast, but thankfully there isn’t too long to wait before fans find out if she’s playing Lady Loki, Enchantress, or a different character altogether.