Loose Women’s Jane Moore has been forced to apologise after Paris Fury swore on the ITV daytime show on Wednesday 17 February.

The ITV show’s host Jane, 58, was quick react as 31 year old Paris made the slip-up while discussing her baby news on the show.

During her first appearance on Loose Women after her husband Tyson Fury announced they were expecting their sixth child together, Paris opened up on the stress of being pregnant during the lockdown.

Paris was quizzed on her baby news by Jane, Brenda Edwards and Janet Street Porter as she appeared on the show via video link.

Paris then swore as she confessed: “So yeah, it’s a bit of a… It was a great idea until s**t hit the fan and it’s not going to well.”

The show’s host then muffled her laughter before she added: “What I was gonna say was you were gonna… you were hoping to tell us about it for the first time on the show, weren’t you? But I think Tyson had other ideas…”

Paris then explained: “Yes, what happened was, I was intending of announcing my own news, I usually try to do this but in the six times now Tyson has beat my to the punchline.

“So this time, he was doing an interview but he knew the interviewer so, I think he just sort of spilled it out knowing the person. Once it was out it couldn’t come back in so he beat me to it again.”

Brenda, 52, asked the soon-to-be mum-of-six how her kids reacted to her pregnancy which she explained: “The little ones don’t really understand but was a bit excited.

“The nine year old boy, he was excited. But, I’ve got an 11 year old daughter… she wasn’t best impressed at first. She’s at that age where she’s a bit older and understands a little bit more and I just don’t think she took it very well. So the first day she wasn’t impressed but she’s come round now as long as she gets a sister.”

Tyson announced he and Paris were expecting their sixth child together as he told boxing correspondent Gareth A Davies on his YouTube channel.

He said: “Paris is pregnant again and the Lord has blessed us definitely with another child and I'm very thankful.

“Got a beautiful wife, beautiful kids, they're all healthy. That's the most important thing, you know, your health and your family.

“Nothing else really matters. Your job, your money, your wealth, your career, none of that really matters because you can get another job, you can start snooker or you can go make more money.” 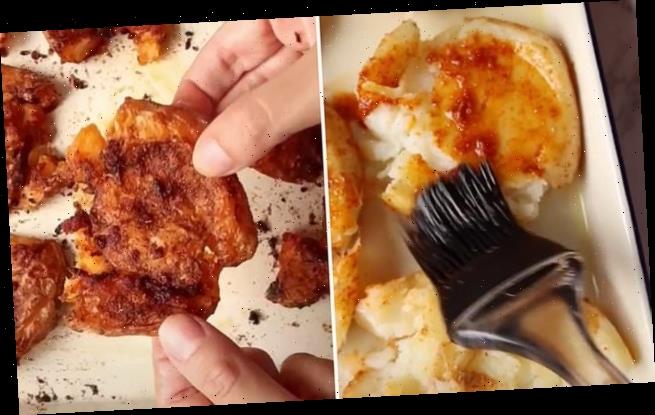