Loose Women: Nadia and Saira clash over ‘The Social Dilemma’

Jane Moore and Nadia Sawalha presented Loose Women from the studio today with Carol McGiffin and Kaye Adams joining the show via separate video links. However, after revealing how much she had missed her co-stars while living in France, Carol left them speechless as she stormed into the ITV studio.

Carol started the show by claiming she was video calling from her home in France where she’s been for the past nine months.

But, in fact, Carol had secretly returned to the UK and joined her co-stars in the studio after quarantining.

While Kaye discussed the topic “Are you a complainer?” Carol slipped away from her webcam to surprise her co-stars.

“I’m back,” Carole exclaimed. “You don’t look very pleased to see me.” 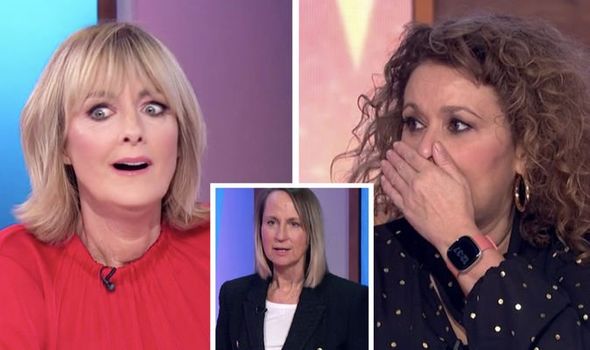 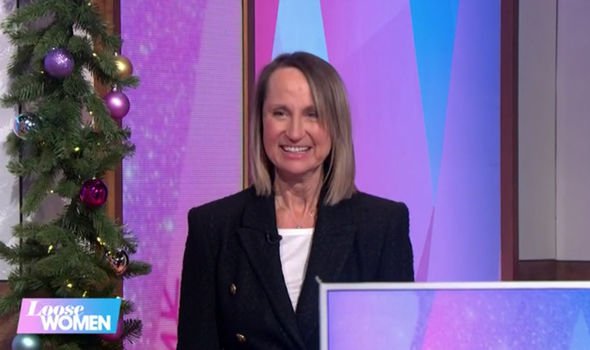 Jane was speechless while Nadia remarked: “I just want to give you a hug.”

“We can’t hug you, can we?” Nadia asked and Carol replied: “No, I’m not allowed to come anywhere near you.”

“What is going on?” Jane shouted. “Where were you doing that in part one?” 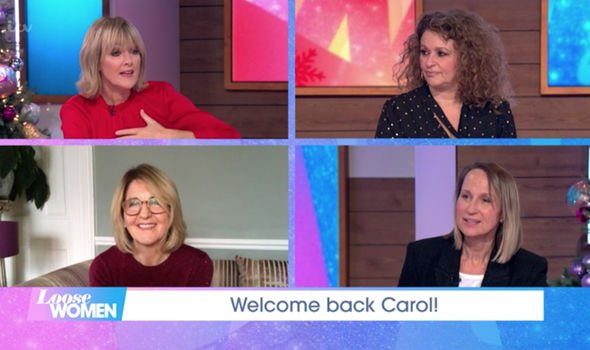 Carol said: “Let me explain something but anything else, I’m here completely legally.”

After a break, Jane quipped: “I’ve literally still got palpitations.”

“I can’t believe how utterly you duped us this morning,” Nadia added. “You were in France, you had a big collar on because you were cold, your internet was rubbish because there was a storm.”

“Normally I’m all over this kind of stuff I pick up on suspicious behaviour,” Jane said. “I nearly had a heart attack when you walked in.”

Carol explained: “I have to say a few things before we go on. I’ve been back over two weeks now, I’ve done my quarantine like a good girl. I didn’t break any rules.”

“So all the time I’ve been WhatsApp-ing you, you’ve been here?” Jane asked

Before explaining she had returned for “private reasons” that she couldn’t expand on.

ITV viewers were thrilled at Carol’s return as one tweeted: “Lovely to see Carol back on #LooseWomen She’s the voice of reason!”

“Jane & Nadia were genuinely shocked to see carol walk into the studio there  #LooseWomen #welcomebackcarol,” another wrote.

“Omg that’s brilliant! The look on Nadia’s face #LooseWomen,” a third pointed out.

Someone else exclaimed: “Omg Carol is actually back #LooseWomen.”