Lord of the Rings: The Rings of Power: Galadriel Takes Up Fallen Finrod's Sword in Amazon Saga's Full Trailer

Morgoth may have been defeated, but evil still lurks in the full, final trailer for The Lord of the Rings: The Rings of Power, which arrives with the first two episodes on Thursday, Sept. 1 (get release schedule details).

The new, two-minute-and-36-second trailer highlights the expanse of Middle-earth in its Second Age, and reveals how Galadriel and many more of J.R.R. Tolkien’s legendary characters will come together against all odds, and across great distances, to guard against the feared reemergence of evil to Middle-earth.

Following the Amazon series’ double-episode premiere, the remaining six episodes of the freshman season will stream weekly, with the finale set for Friday, Oct. 14.

Rings of Power spans many different locations, from “the darkest depths of the Misty Mountains, to the majestic forests of the elf capital of Lindon, to the breathtaking island kingdom of Númenor” as old and new characters etch out legacies that will last long after they are dead. 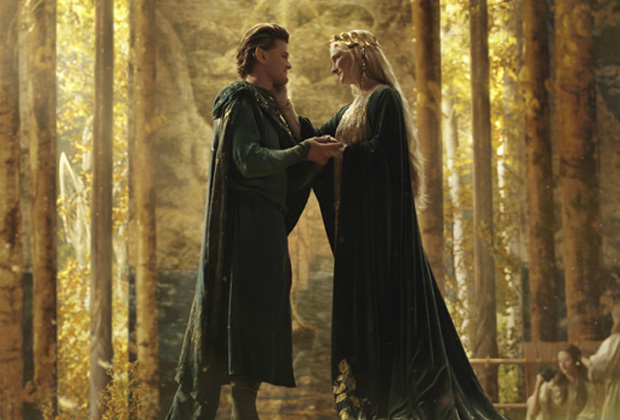 With the show set during the Second Age, it will tackle several key events from that period, including Sauron’s rise to power; the forging of the Rings of Power, which the Dark Lord gifted to humans, elves and dwarves and secretly controlled with his master ring (aka the One Ring to Rule Them All); the rise and fall of Númenor, the island of men who happen to be Aragorn’s ancestors; and the Last Alliance of Elves and Men, a final stand against Sauron (depicted in the prologue of Peter Jackson’s Fellowship of the Ring).

What are your thoughts on the official trailer? Excited for Lord of the Rings: The Rings of Power? Sound off below.