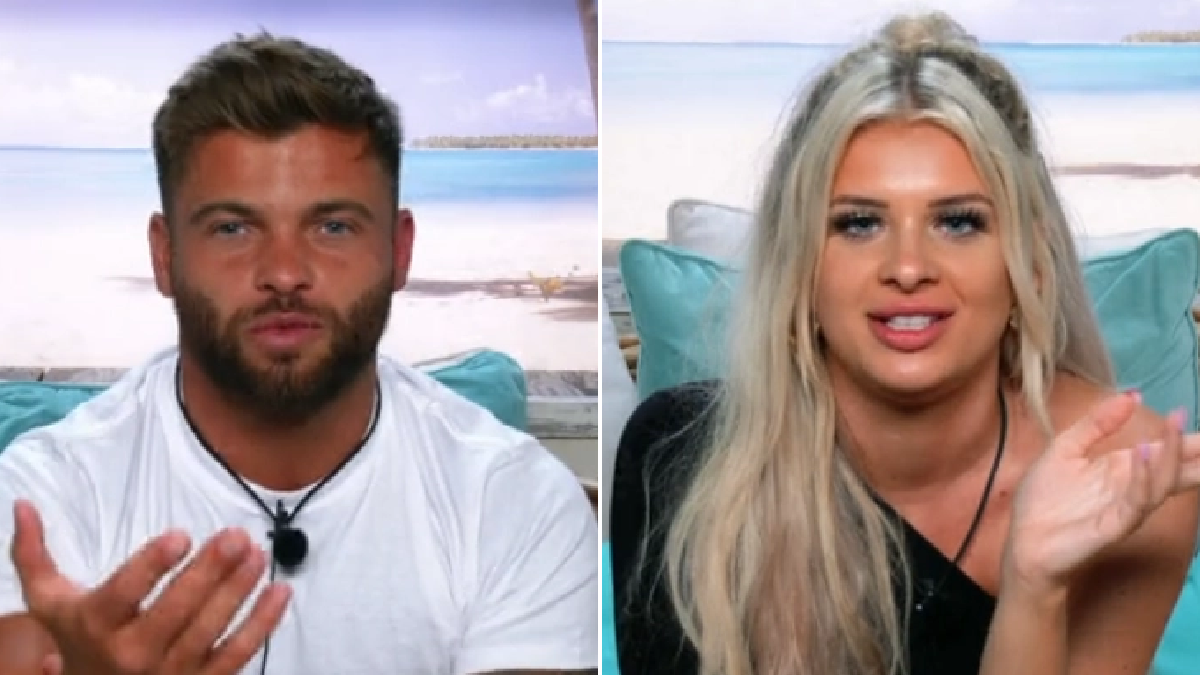 Their grand entrance came after Shannon Singh, from Fife, became the first islander to be dumped from the programme on Wednesday, surviving just three days.

Before Chuggs and Liams’ arrival, viewers were treated to a whole load of snogging – but it looks like one couple might already be headed to splitsville.

Didn’t get a chance to tune in to watch all the action as it happened? Fear not, we’ve compiled a trusty recap to keep you in the loop.

The Love Island villa faces a recoupling on Friday night following the arrival of  Chuggs and Liam.

The shock news was confirmed in a text at the end of the episode, with the girls being given the power to choose who they wanted to partner up with.

It comes after 22-year-old model Shannon was dumped from the programme on Wednesday when Chloe Burrows chose to couple up with Aaron Francis.

Will another savage elimination be on the cards?

Looks like Jake Cornish doesn’t really have the feels for Liberty Poole, even though she’s totally smitten by him.

The pair engaged in a romantic heart-to-heart on the sunbeds, where Liberty revealed to that he gave her butterflies before having a kiss.

Speaking to the girls afterwards, she confessed: ‘I can’t stop smiling.’

But the same can’t be said for Jake, who later told Hugo: ‘I look at her and I go… I haven’t got a girl I want to fully rip her clothes off.’

‘I’m not quite sure what more he’s looking for,’ Hugo said in the Beach Hut. ‘Hopefully the ripping of the clothes will come off at some point.’

Is there trouble in paradise?

Aaron and Sharon shared a secret kiss on the terrace in last night’s scenes, with her foundation smearing all over his face.

The pair enjoyed some alone time away from the rest of the cast, where the luxury events host admitted he and his current partner Chloe Burrows do not have a romantic connection.

‘Do you know what?’ Sharon said. ‘I would have stepped forward. I don’t know why I didn’t.

‘I was saying to the girls, “I’ve kissed him (Aaron) more times than I’ve spoken to him”.’

Aaron replied: ‘Am I going to have lipstick all over my face every time I kiss you?’

‘I can’t make any promises,’ Sharon fired back, before the pair locked lips.

Speaking in the Beach Hut the next day, Aaron said: ‘I’m definitely getting good vibes from Sharon.’

Hugo revealed his surprise connection to Chuggs Wallis is last night’s episode soon after it was announced the newcomer would soon be arriving with Liam Reardon.

Moments after hearing the unusual name, Hugo made it known that he was definitely already acquainted with the newcomer.

‘I know Chuggs!’ he told the group. ‘I know a Chuggs who was a rugby boy. If he’s the person I’m thinking of, he’s posh.’

Is this Chuggs the actual person Hugo has a history with? Only time will tell.