Love Island’s Caroline Flack entered the villa tonight to tell the islanders it was time to choose who they wanted to be coupled with tonight.

The Love Island 2019 host asked the stars whether they wanted to stay with their current partners or ditch them for one of the new arrivals.

The biggest shock of the night was Michael deciding to recouple with Joanna, dumping Amber as his partner.

Amber and the rest of the girls were fuming as Michael said that he felt like he wasn’t being himself with Amber. 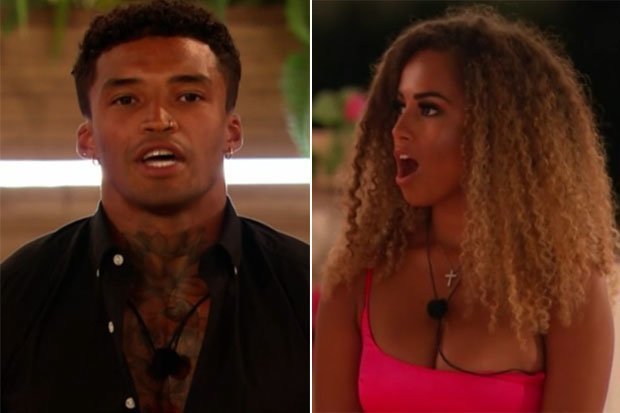 Maura chose Marvin to be her new partner, while Anna decided to ditch Jordan for Ovie.

Meanwhile, Curtis eventually decided to recouple with Amy, and Tommy stuck with Molly-Mae.

She and Jordan have now been left single, while six of the new islanders were dumped from the villa.

Maria, Nabila, Lavena, Stevie, Dan and Dennon said goodbye to the islanders as they packed their bags.