Home » 'Lucifer' Musical Episode: Here's the One Song Producers Couldn't Use – and How Tom Ellis Solved the Problem

'Lucifer' Musical Episode: Here's the One Song Producers Couldn't Use – and How Tom Ellis Solved the Problem

“I cried the first time I heard him do it… It just became the one I wanted more than anything,” showrunner Ildy Modrovich tells TheWrap 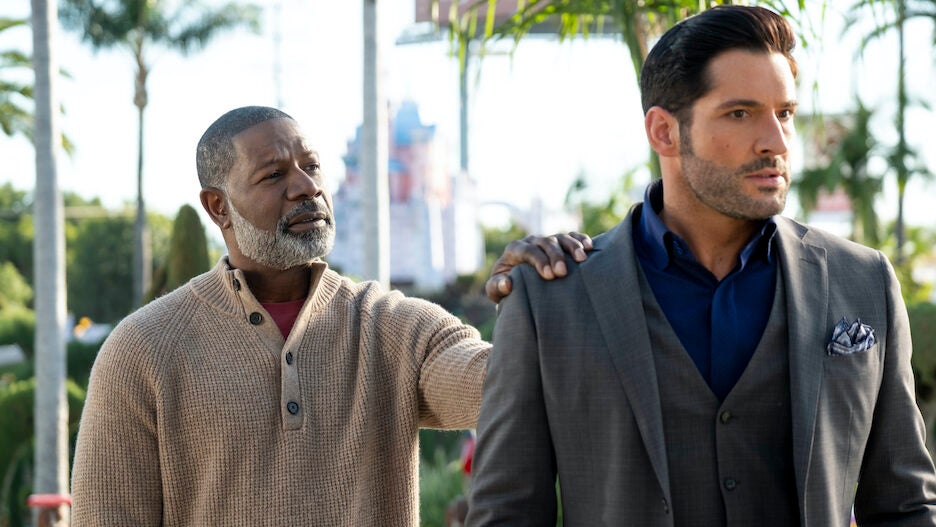 (Warning: This post contains spoilers through Episode 511 of “Lucifer.”)

After years of dreaming about it, the “Lucifer” team finally pulled off a musical episode during the second half of the drama’s fifth season, which launched Friday on Netflix. While the hour, titled “Bloody Celestial Karaoke Jam,” is sure to be an instant hit with fans, TheWrap can reveal that one element of the episode did not go as originally planned — until star Tom Ellis came to the rescue.

“Lucifer” showrunners Ildy Modrovich and Joe Henderson told TheWrap that of the songs they picked for the musical episode, there was just one they couldn’t get approval to use: Cat Stevens’ “Father and Son,” which was meant to be the duet between Lucifer (Ellis) and his father, God (played by Dennis Haysbert).

“I’m so happy with the song we ended up with, because it’s one of the things where the limitations make something actually better,” Henderson told us. 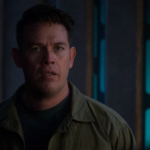 Modrovich, who wrote the episode, added: “I mean, that always happens, right? When you’re told you can’t do something and then you go, ‘Wait, what?’ And then you find something else and it’s like, ‘Oh, it should have always been this way.’ It becomes what it is and you can’t imagine it any other way.”

What you ended up seeing Lucifer and God sing together during Episode 511 is “I Dreamed A Dream,” a classic ballad from the musical “Les Misérables.” That’s clearly a very different song from Stevens’ ’70s track, so how did they land on it?

“We first had ‘Father and Son’ by Cat Stevens in our heads for that final scene,” Modrovich said. “You know, I totally respect him and his team, because I think a lot of people feel this way about their music, but it is a song for so many different people and it evokes so many different things for people, that you don’t want to narrow it to one image or experience. I think that that’s how he felt. I think he was like, ‘Look, it’s such a song that speaks to so many people. I kind of want to keep it in that big place of everybody relates to it.’ So then we went after the ‘Les Mis’ song. I remember Tom called me up and played it; he’d just learned it on the guitar. I kept thinking, oh my God, there are so many fans who would freak out if Tom just called them and got on the guitar for them. I cried the first time I heard him do it. I was like, this is the song. It just became the one I wanted more than anything.” 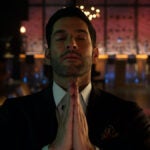 Cut to when Ellis wasn’t singing the song alone for Modrovich over the phone, but next to Haysbert on set in character as father and son, which Ellis said was one of the most emotional moments of the series for him.

“That scene with Dennis at the end — one thing I would say about music and what music means to me, and what singing means to me, is that it’s like a shortcut to emotion and a shortcut to stuff that’s there that might not come out as easily, had I not been singing it,” Ellis told TheWrap. “It’s not necessarily that it was in the words that we were singing, but it was certainly in the emotion that we were singing. That night we shot that scene, Dennis and I, the song just really fed into that. I remember doing the rehearsal with Dennis that night. Both of us were just a mess. We were both just sobbing. And both as dads in real life, and with father-son relationships, there was so much that we could draw on from our own experiences. But also just, you know, my experience of working with Dennis on the show was, he had — and still has, because we’re really good mates now — this kind of paternal quality.”

So paternal, in fact, that he could have fooled Ellis’ own kin.

“My elder sister, in real life, was visiting set that night that we were shooting,” Ellis said. “She came to me at the end of the night and was like, ‘That was amazing. But you know what is really weird? It feels Dennis is your dad.’ And I was like, ‘I know, it’s really strange, isn’t it?”

Check back with TheWrap for more “Lucifer” Season 5B coverage throughout the weekend.