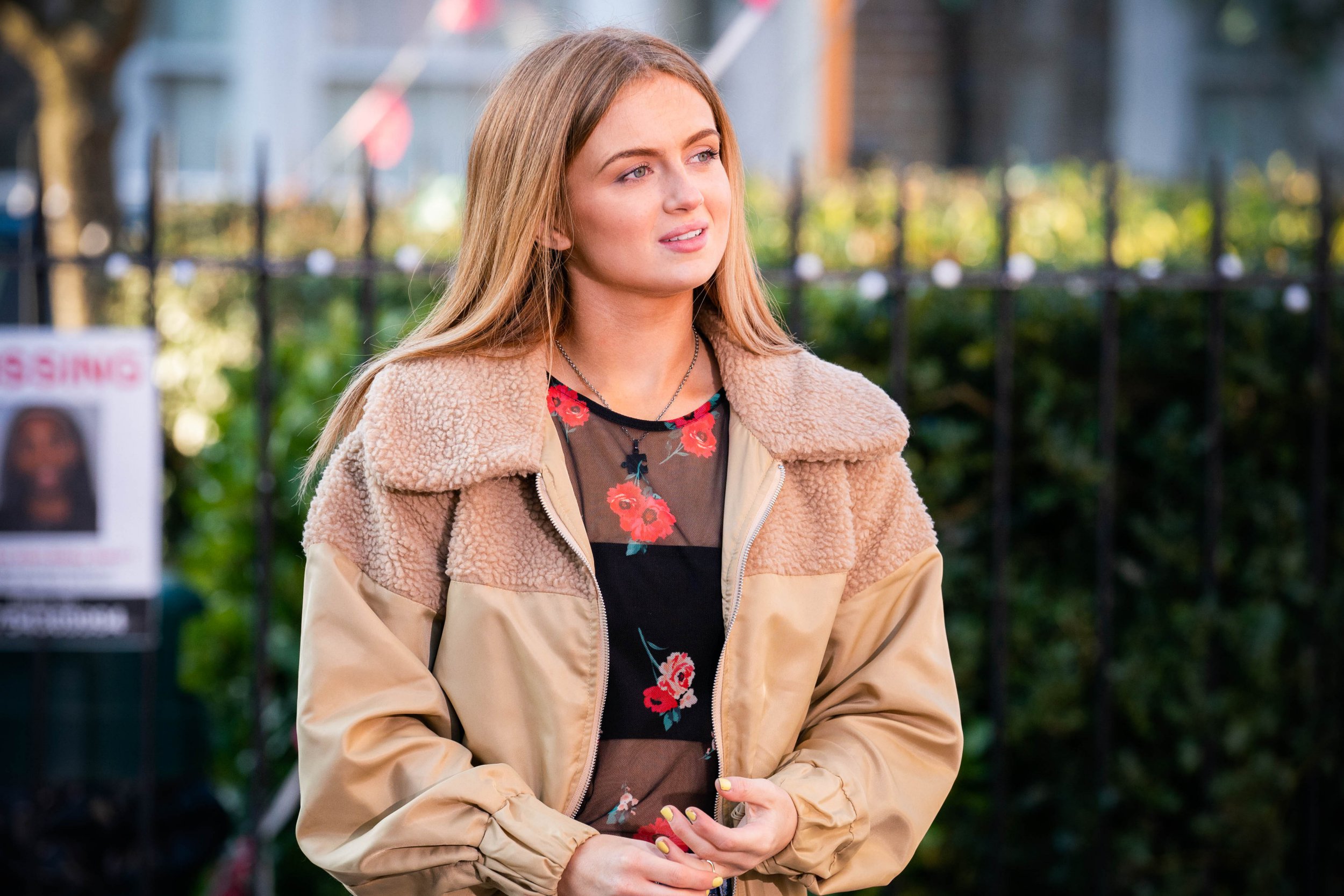 EastEnders star Maisie Smith could potentially face a driving ban for reportedly taking a video-call while at the wheel of her car.

The actress, who played Tiffany Butcher in the BBC One soap, was seen holding her phone while in her vehicle and chatting to boyfriend Max George on a video call, according to The Sun, who obtained pictures.

A witness told added that Maisie was shopping at a local Spar while chatting to Max.

‘When she finished shopping she got into the driver’s seat, reversed out and drove off down a main road,’ they said.

‘She was clearly still speaking to Max as she was holding her phone and the steering wheel — and he was on Facetime talking to her.’

‘It was not a good look. No one can concentrate properly on the road when they’re video calling someone.’

It is illegal to hold and use a phone while driving.

Gov.uk states that you can get 6 penalty points and a fine of £200 for doing so, and you can get 3 penalty points if you do not have a full view of the road and traffic ahead. A person can also be taken to court and banned from driving.

Metro.co.uk has reached out to Maisie’s reps for comment.

Max and Maisie confirmed their romance in September.

They met while competing on Strictly Come Dancing in 2020 and then grew closer on last year’s tour.

Maisie left EastEnders last year, but reprised her role as Tiffany for a number of episodes in March, as Tiff returned to the Square to chat to husband Keegan (Zack Morris), who was going through a tough time.

They subsequently left Walford together.