Naga Munchetty and Matt Tebutt joke around with each other

BBC Breakfast hosts Naga Munchetty and Ben Thompson were joined by the Mayor of Greater Manchester Andy Burnham to discuss the current issues with reduced train lines. After their discussion, Naga accidentally got the time wrong before introducing the link with Saturday Kitchen host Matt Tebbutt. When touching on her blunder, Naga teased her friend to which Matt was impressed with her quick comeback.

Ending their interview with Andy, Naga said: “27 minutes past 10, past nine, past nine!” she said, shocked she had gotten the time wrong.

Ben laughed and corrected her: “Yeah because there is something else happening at 10!”

She continued: “Yeah, at 10 o’clock Saturday Kitchen takes over because that is when we finish, if you get the time wrong you can ruin people’s days.”

Ben agreed and teased: “That is true, that is why the clock is helpful.” 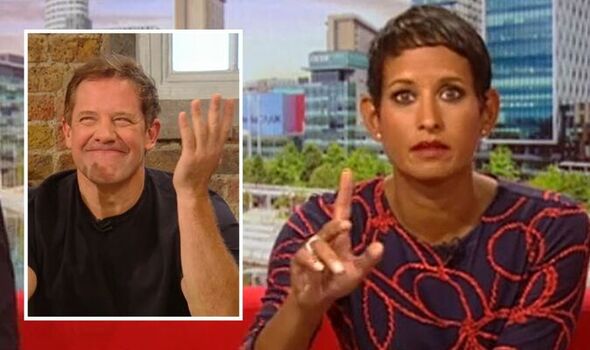 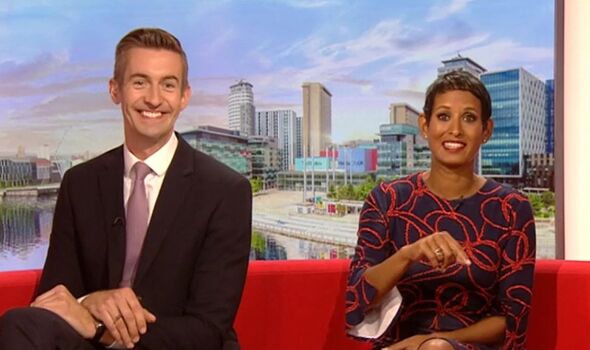 Naga joked with Matt: “Matt would never do such a thing and get such a thing wrong would you? Would you Matt? Morning.”

Laughing at her blunder, Matt teased: “They were like actual words but in the wrong order…”

Impressed with her quick wit, Matt claimed: “Always with a comeback, haven’t you. How are you?” 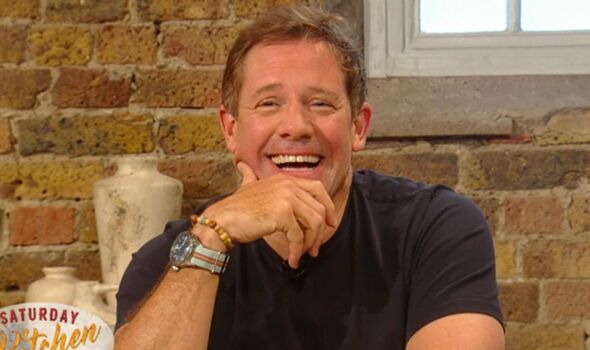 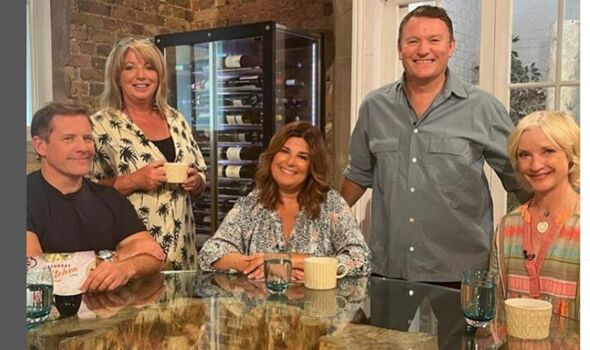 Naga admitted: “Very well, I have missed you, how has your summer been?”

“Yeah, it’s been good thank you very much, nice!” Matt revealed, shocked by the nice conversation the pair were having.

Intrigued to know more, Naga asked: “Got some new recipes under your belt?”

Matt exclaimed: “Oh always, always thinking!” before revealing to the viewers what they can expect to see on the show.

Over the last couple of weeks, Saturday Kitchen has been airing pre-recorded episodes due to Matt being on his summer break.

Saturday marked the first live episode back at the end of summer and fans were delighted to see the team back live in the studio.

@KarenJameson commented: “I have missed these little interactions with Naga and Matt!”

Lisa Tibbs added: “#SaturdayKitchen I’m looking forward to you being back live!”

Nicola Whitlock exclaimed: “WE’RE BACK LIVE! omg, I have missed the live shows and the little interactions.”

@PauloPrince said: “For some reason, I am always so much more happier when Saturday Kitchen is live. So much more wholesome.”

@mattytebbysfan: “Oh I just love Matt. The way he takes Naga’s quips like a champ is so charming.” (sic)

BBC Breakfast airs everyday from 6am on BBC One.