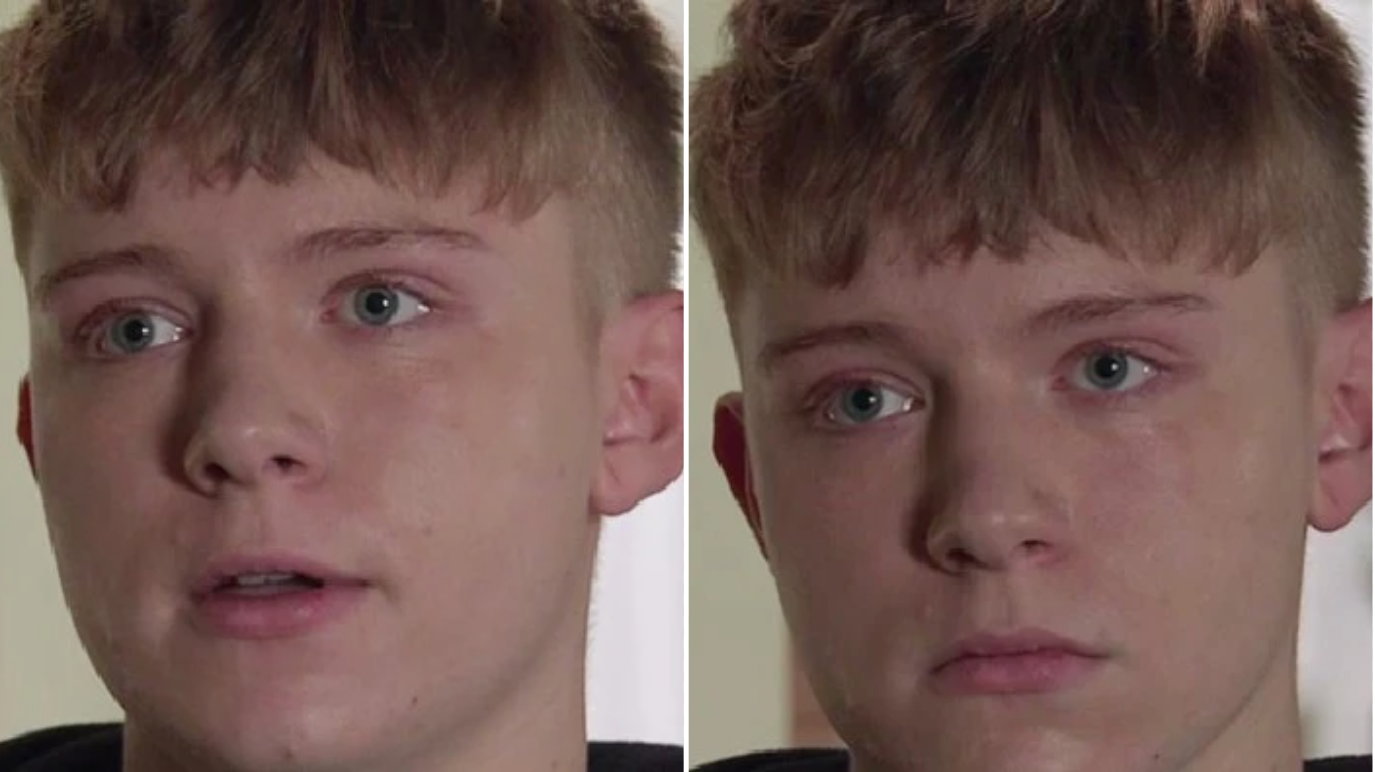 Max Turner (Paddy Bever) has handed himself into the police tonight in Coronation Street due to his involvement in Griff Reynolds’ (Michael Condron) gang, who were responsible for planting a bomb in the Speed Daal van.

Realising what Griff was planning didn’t take long for Max and ultimately, this was the wake up call he needed to realise the men he had been spending so much time with were incredibly dangerous.

He found Yasmeen (Shelley King) and Alya (Sair Khan) and attempted to warn them, but due to his vile behaviour over the past few weeks, they didn’t believe him.

Proving that the Speed Daal van had been with the gang was a small breakthrough for Max and eventually, Yasmeen and Alya started to listen.

They searched the vehicle and, to their horror, found a bomb wired inside.

With help from Stu (Bill Fellows), Maria (Samia Longchambon) and Gary (Mikey North), the residents started to calmly encourage people to leave the Peace Festival and buildings surrounding it, fearful other bombs could’ve been planted elsewhere.

For Alya, she was aware of the massive impact the bomb in the van would have if it exploded – not only would it kill people on the cobbles, but it also had the potential to destroy a huge part of the street.

With that, she got into the van and drove away, leaving Yasmeen to tell Max that if she dies – he will be partly responsible.

When Alya arrived at a waste ground, there was just seconds left on the timer.

The van exploded, but Alya managed to get out – just in time.

While the search began for her, Maria wasted no time in telling Craig (Colson Smith) about Max’s involvement in the gang.

At the Platt household, David (Jack P Shepherd) attempted to get Max to see that he hadn’t done anything wrong, but he knew that wasn’t exactly true.

When Craig arrived, Max complied and got into the police car, fully aware he could be about to spend a large amount of his life behind bars.