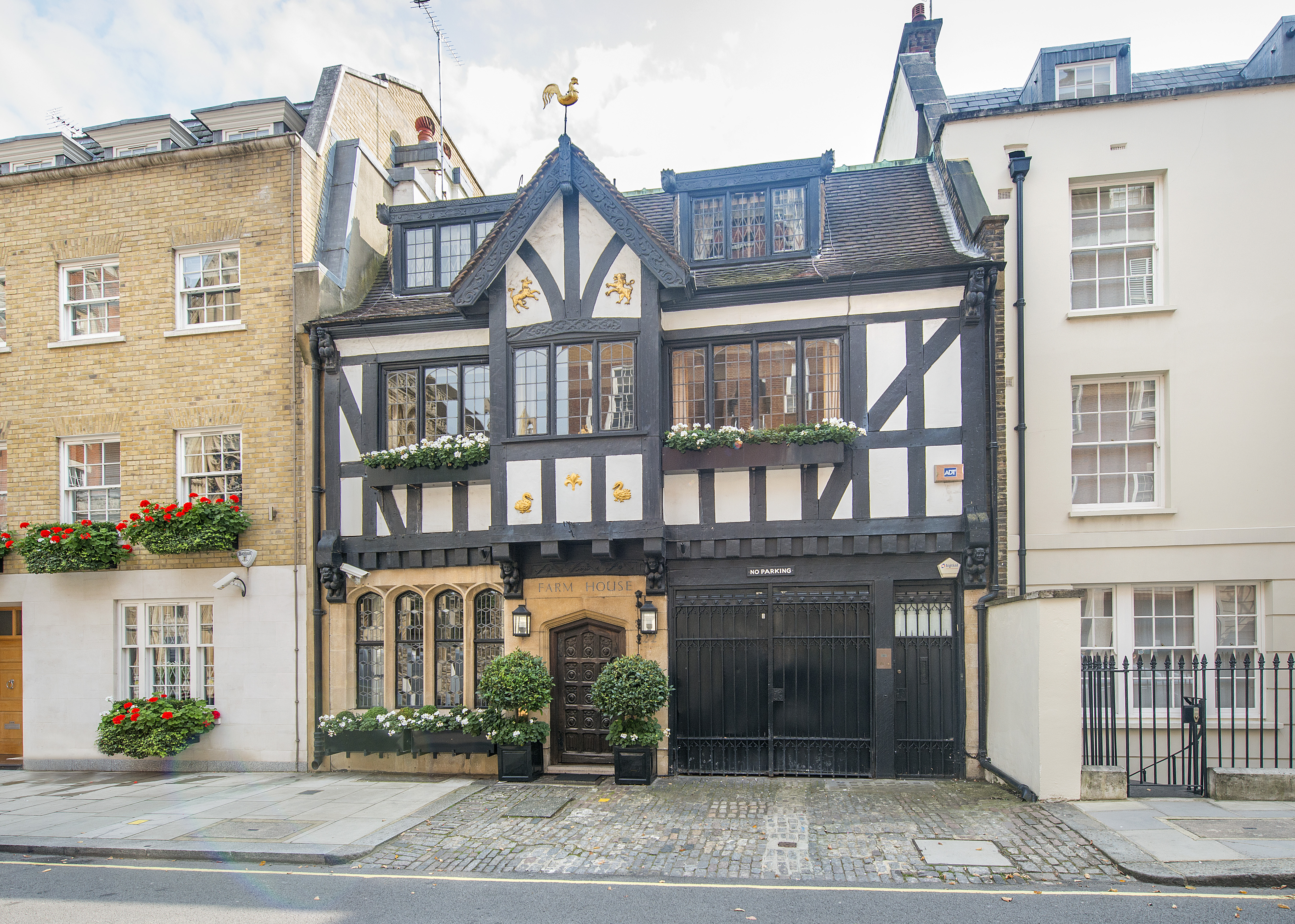 A home full of history is on the market, but it comes with a price tag more suited to a royal, many of whom it has played host to over the years.

Farm House is a striking Gothic-style home on Farm Street in Mayfair, constructed in the 1900s. And it’s now on sale for a cool £11million.

Although we may think of Mayfair as the home of The Ritz and The Dorchester, it was a lot more pastoral back in the day. So much so that this property comes with deeds that specifically mention that it still has a ‘right of way for sheep’.

Inside the six-bedroom home, features hark back to Medieval and Jacobean times, including heavy panelling, original Jacobean doors, and charming paned windows overlooking the street.

The history of the place is a huge draw, as Farm House has hosted aristocrats and socialites alike. In the 1930s, the property was owned by Viscountess Thelma Furness, socialite and actress.

Thelma was twice married but was notably the mistress of the then Prince of Wales, before he become King Edward VIII, between 1930-34.

Thelma became friends with Wallis Simpson, and introduced her to the Prince during this time, reportedly wanting more witty friends to entertain the Prince, with both of them frequent visitors to Farm House while Thelma lived there.

When Edward began his relationship with Wallis and ended his affair with Thelma she travelled to America where she met Prince Aly Khan. While there, she let Wallis stay at Farm House where she entertained Edward.

Edward ultimately abdicated the throne to be with Wallis, becoming the Duke of Windsor.

In the following years, Farm House was the home of actress Gloria Swanson, who rented the home from Thelma whilst pregnant, visiting all her Mayfair friends

In the 1950s and 60s, according to the current vendor, Farm House was used by the US Embassy in nearby Grosvenor Square as residence for diplomats and visiting American dignitaries.

In 1961, it is understood that John F Kennedy visited the home whilst attending the Chancery in Grosvenor Square.

The interior of the home has a lot of nods to the wealthy and high-class owners and visitors it has attracted, with marble floors in the hallway and an oak front door carved with the heads of the 12 apostles.

Many of the parties Thelma held were on the first floor, which has a drawing room that spans the size of this level.

On this floor is also the principal bedroom suite with fitted wardrobes, an adjoining walk-in dressing room and luxe en suite bathroom.

The lower-ground floor was designed to be used as a self-contained property, with a large reception room and a private terrace.

There is also a secondary kitchen, and two guest bedroom suites complete with adjoining bathrooms.

Peter Wetherell, Founder & Chairman of Wetherell, who is marketing the property, says: ‘Farm House is one of the most visually distinct buildings in Mayfair, it exudes grandeur and character. O

‘Over the decades it has played host to aristocrats and socialites, with figures including King Edward VIII and Wallis Simpson frequent visitors.

‘This is a chance for a buyer to purchase a genuine piece of Mayfair history, a remnant of the area’s pastoral heritage; with grand proportions throughout, private outside space and the potential planning to increase the property, Farm House is a unique buying opportunity.’