Meghan Markle found fame through her acting role as Rachel Zane on the popular USA legal drama Suits from 2011-18. The Duchess of Sussex announced her engagement to Prince Harry in late 2017 and shortly after the couple have since married. Since that time, they welcomed baby Archie Harrison into their family on May 6. But now the popular US TV drama is airing its final season, which premieres tonight, but is Meghan Markle still in suits and if not, why did they write her out?

Meghan Markle made the decision to leave Suits following the announcement of her engagement to Prince Harry late last year.

Since that time she has become a working royal, undertaking many royal tasks alongside her husband Prince Harry and other members of the Royal Family.

The first episode of the final season of Suits is airing tonight in the US and will center on an evolved firm, Zane Specter Litt Wheeler Williams, which is facing uncertainty and change, after Meghan’s on-screen father Robert Zane took the fall with the Bar Association to save Harvey.

The former actress’ last episode made her final appearance as attorney Rachel Zane on Wednesday 25 April, 2018. 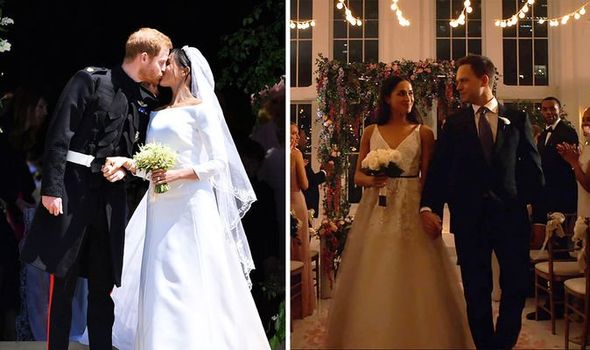 When the couple announced their engagement, the then 36-year-old revealed she was preparing to give up her acting career for “a new chapter” in her life.

Fans noted the wedding scene was far less glamorous than her royal wedding with Prince Harry in Windsor in May 2018.

During the on-screen fictional wedding, characters Rachel and Mike organised the wedding ceremony quickly so they could move to Seattle to embark on a new career: running a firm which takes class action cases against Fortune 500 companies. 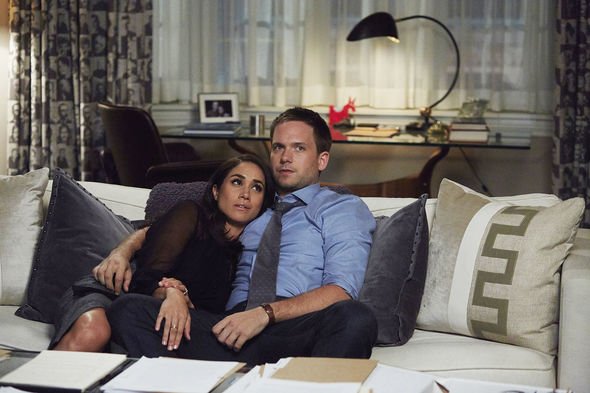 Show creator Aaron Korsh said this scene was an emotional moment for the cast and crew.

He told industry website Deadline: “I would say it was emotional. I remember having a really fun talk with Meghan as we were setting up to shoot the wedding and we were just wrapping up our time together.”

The wedding shows Rachel walking down the aisle as John Legend’s song “All of You” plays. 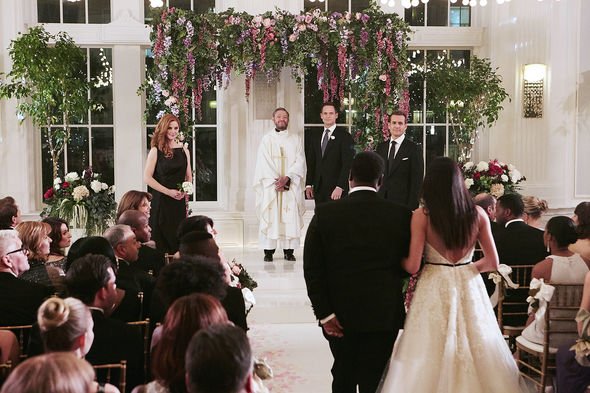 Once she reached Mike he said: “From the second I met you, I knew I wanted to be here with you some day – walking down the aisle arm in arm.”

And Rachel tells him: “You’re the husband I’ve always wanted and I can’t wait to begin our adventure together.”

Meghan Markle’s on-screen husband Patrick J. Adams, has revealed he will make an appearance in the final season, sparking speculation that the Duchess may also make a surprise appearance.

However, Mr Adams has confirmed her involvement in the final series can be seen through phone calls between Mike and Rachel.

Speaking to website Entertainment Tonight about the ninth series, he said: “There’s phone calls with Rachel saying, ‘Goodbye, I love you,’ and, you know, I think there’s some obvious acknowledgement that she’s still there and a part of the show.”