SPICE Girl Mel C got a boost of boy power as she was “reunited” with her bandmates — including the elusive Victoria Beckham.

She took to the stage at the World Pride event in New York City with a quartet of drag queens wearing the best-known of outfits of Ginger, Scary, Posh and Baby. 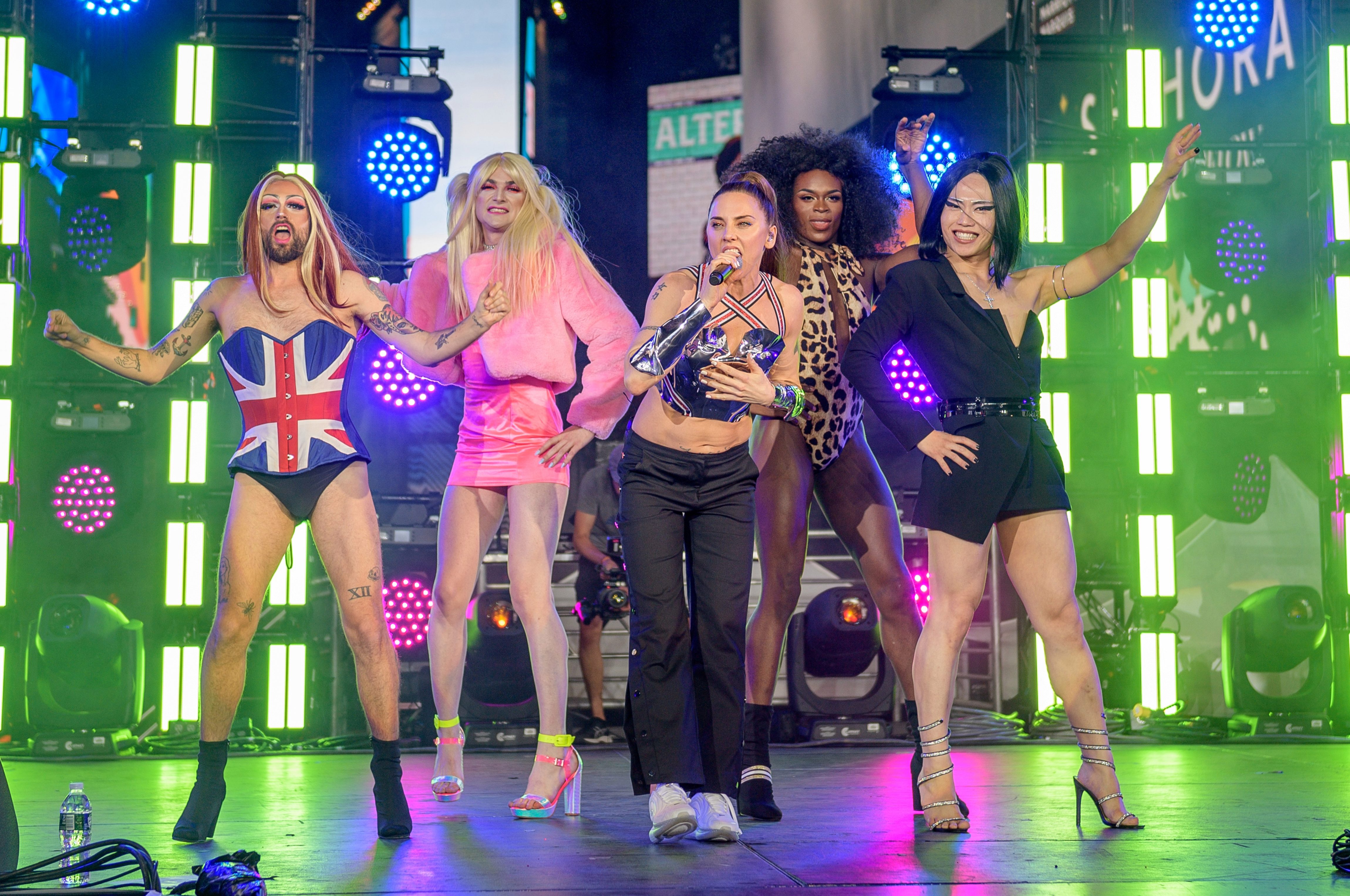 Thousands filled the streets of the Big Apple for the LGBTQ celebration, which also saw Madonna perform in a rainbow flag-themed outfit.

The Material Girl closed this weekend’s World Pride which coincided with the 50th anniversary of New York’s Stonewall riots, a milestone in the gay liberation movement.

Madonna thanked the gay community for embracing her and added: “I’m so proud and honoured to share this historical event with you.”

But even the fiercest drag queen wasn’t brave enough to impersonate Madge. 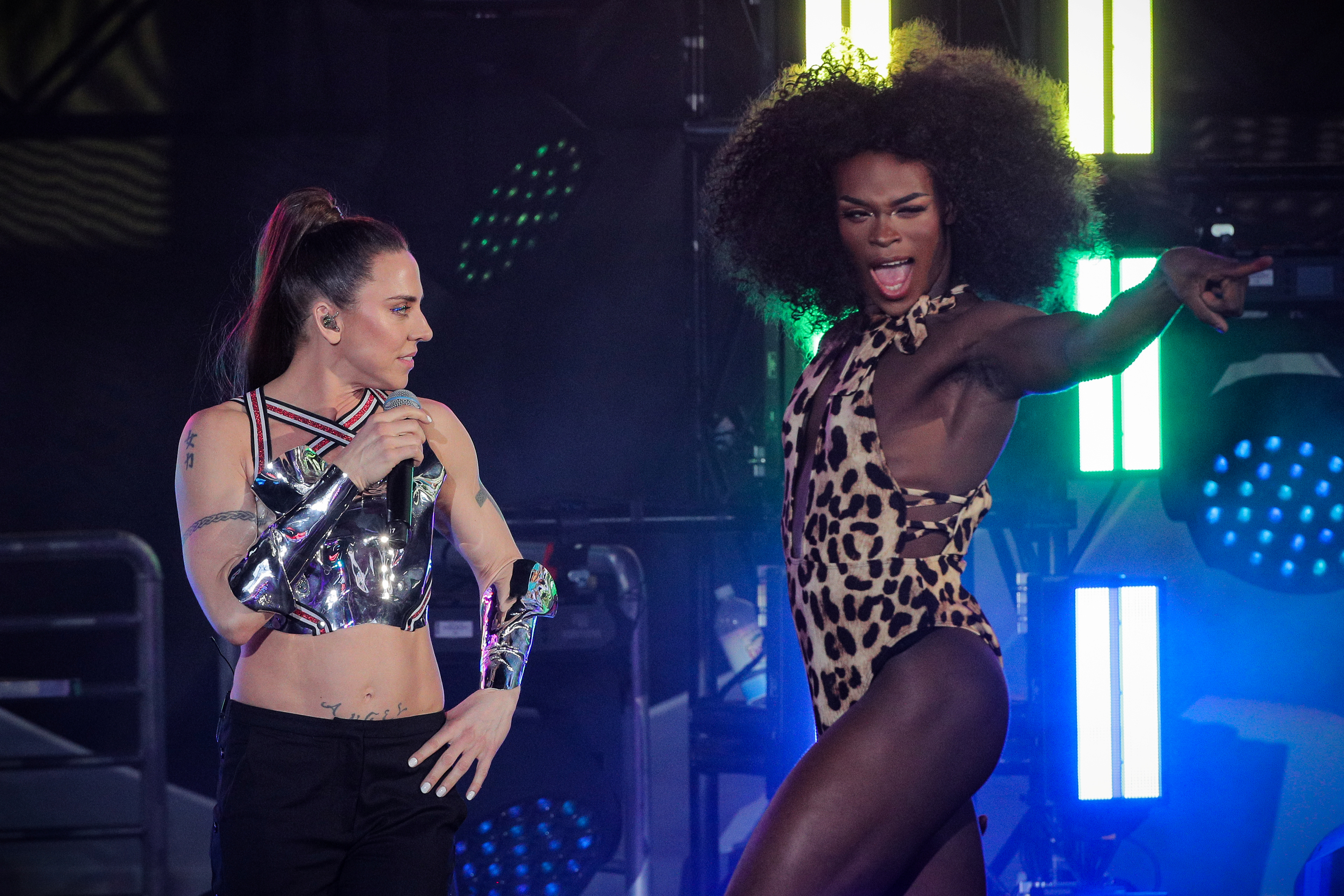 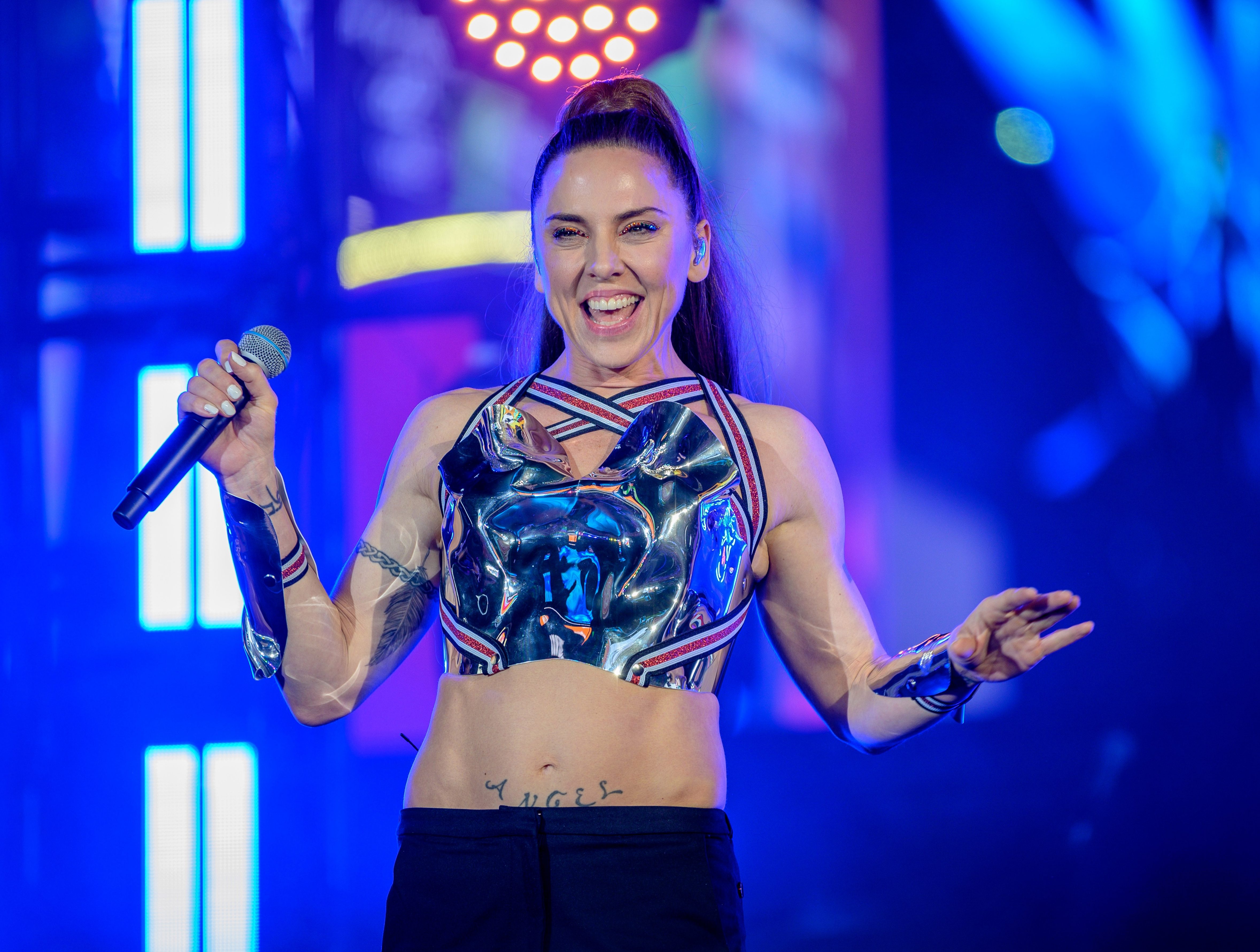 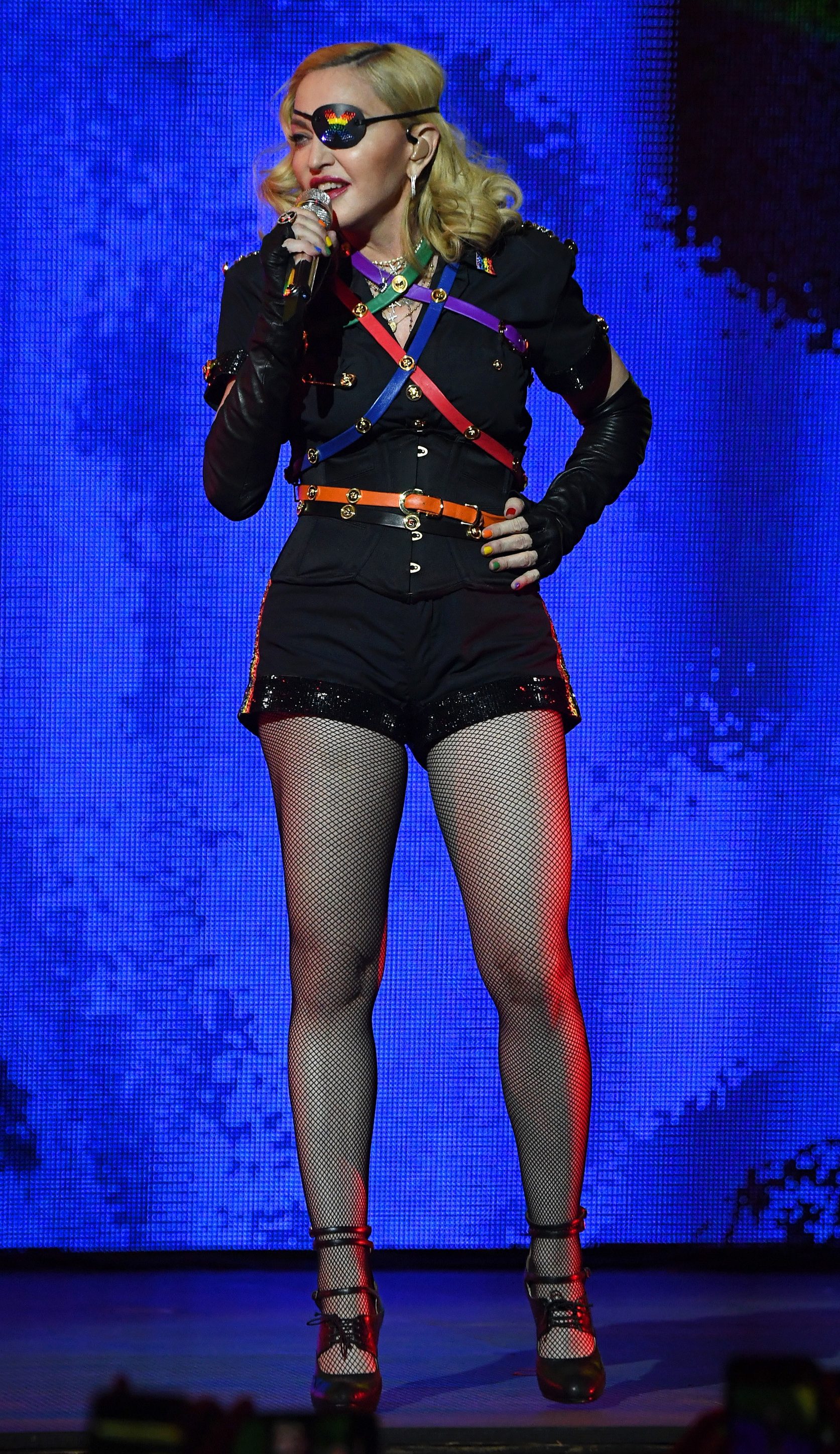 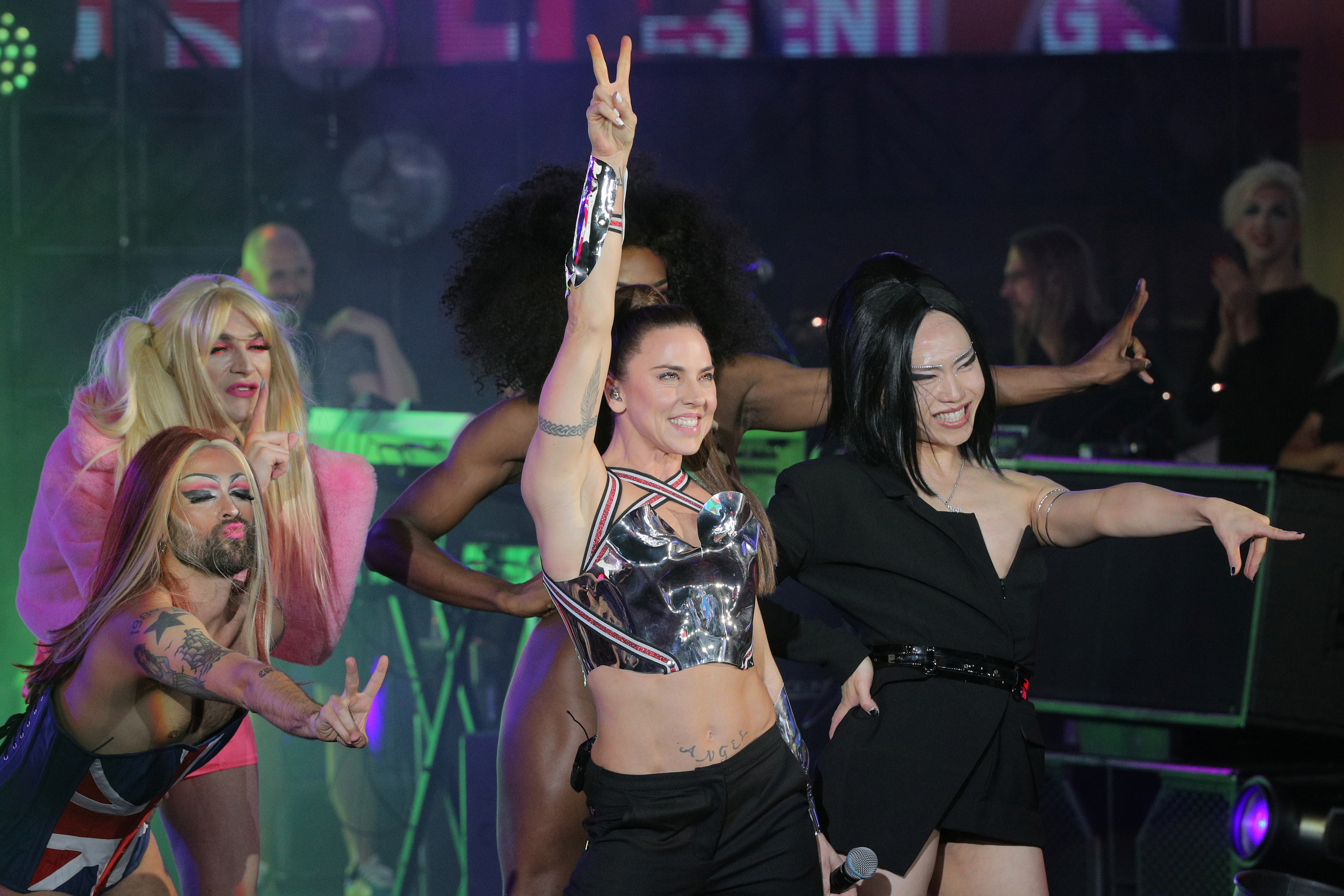