Missy Peregrym is returning to FBI after an extended absence. CBS confirmed the news on Thursday with a video of the cast reuniting with the actress who plays Maggie Bell.

Viewers will see Maggie return from medical leave and join the team as they begin investigating the homicides of a law student and a young man with possible gang ties.

The video shows Zeeko Zaki holding out his suit jacket to hide someone, before quipping: “Look who’s back.”

Missy then stepped out from the jacket, as Katherine Renee Turner and John Boyd also surrounded Zeeko.

Fans loved the reveal with one writing: “We’ve missed her SO much!!”

“Great news! The #FBIFam missed you!” tweeted another. 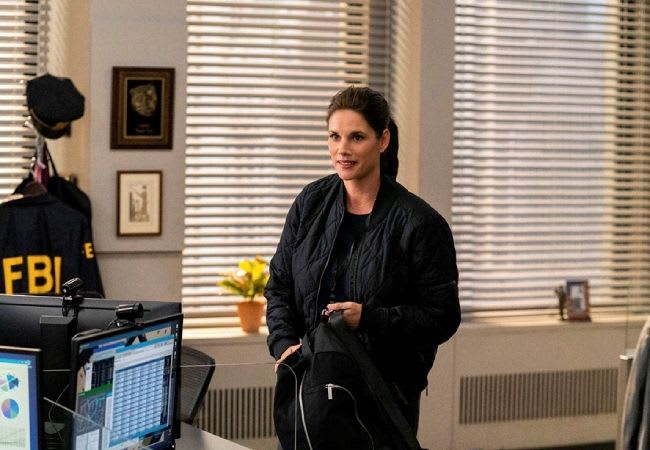 Missy will return on 15 November

Missy’s character was recovering from near-fatal sarin gas exposure after an episode in April 2022 but in real life Missy time off from the show as she was on maternity leave; Missy and husband Tom Oakley welcomed their second child, daughter Mela Joséphine, on 6 June.

Season five of the hit series returned in September but after the season four finale was pulled after a deadly elementary school shooting in Texas in May, the network made the decision to sandwich the episode between episodes two and three of season five, airing it on 4 October.

CBS made the decision not to air the episode – which was to center on a school shooting – in light of the tragedy at a Texas elementary school on Tuesday 24 May, which is the deadliest US school massacre since Sandy Hook.