TIFF ’21: ”It was very strange not seeing, like, a gaffer smiling away in the background,“ ”The Crown“ actor says 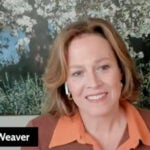 “Filmmaking is such a team sport and it’s so much about family and holding each other, and it was very strange not seeing, like, a gaffer smiling away in the background or not seeing someone’s face,” he said. “But I wouldn’t say it’s any stranger being naked now.”

Director Eva Husson did admit that he and his co-star Odessa Young were “very brave” in their often unclothed performances. “Mothering Sunday” is a period romance about a maid (Young) working in a wealthy home who has an affair with her bosses’ neighbor (O’Connor). O’Connor’s character is the one member of his peer group who managed to return from the front lines of World War I, giving him a sense of survivor’s guilt. But the film is a steamy and sensual story of memory and love as complicated by the class dynamics of the era.

When it came to casting O’Connor, Husson said she was “a little rusty on my up-and-coming British talent” but eventually fell in love with him after seeing his 2017 film “God’s Own Country.” But she knew that both he and Young had the ability to mix their sensual moments with the deeper emotions that were just beneath the surface. In fact, she even wanted them to go further in exploring that chemistry had it not been for their strict safety protocols, even adding that this is the most physically demanding shoot she’s ever been on.

“If it hadn’t been COVID times I would’ve asked the whole crew to get naked like Lars von Trier,” Husson joked. “I felt so sorry for them. How are you supposed to feel intimacy when people are surrounded by masks?”

“Mothering Sunday” premiered on Friday at TIFF and also stars Olivia Colman and Colin Firth. Check out the full interview with Josh O’Connor and Eva Husson above. 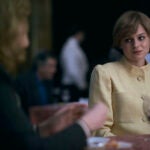