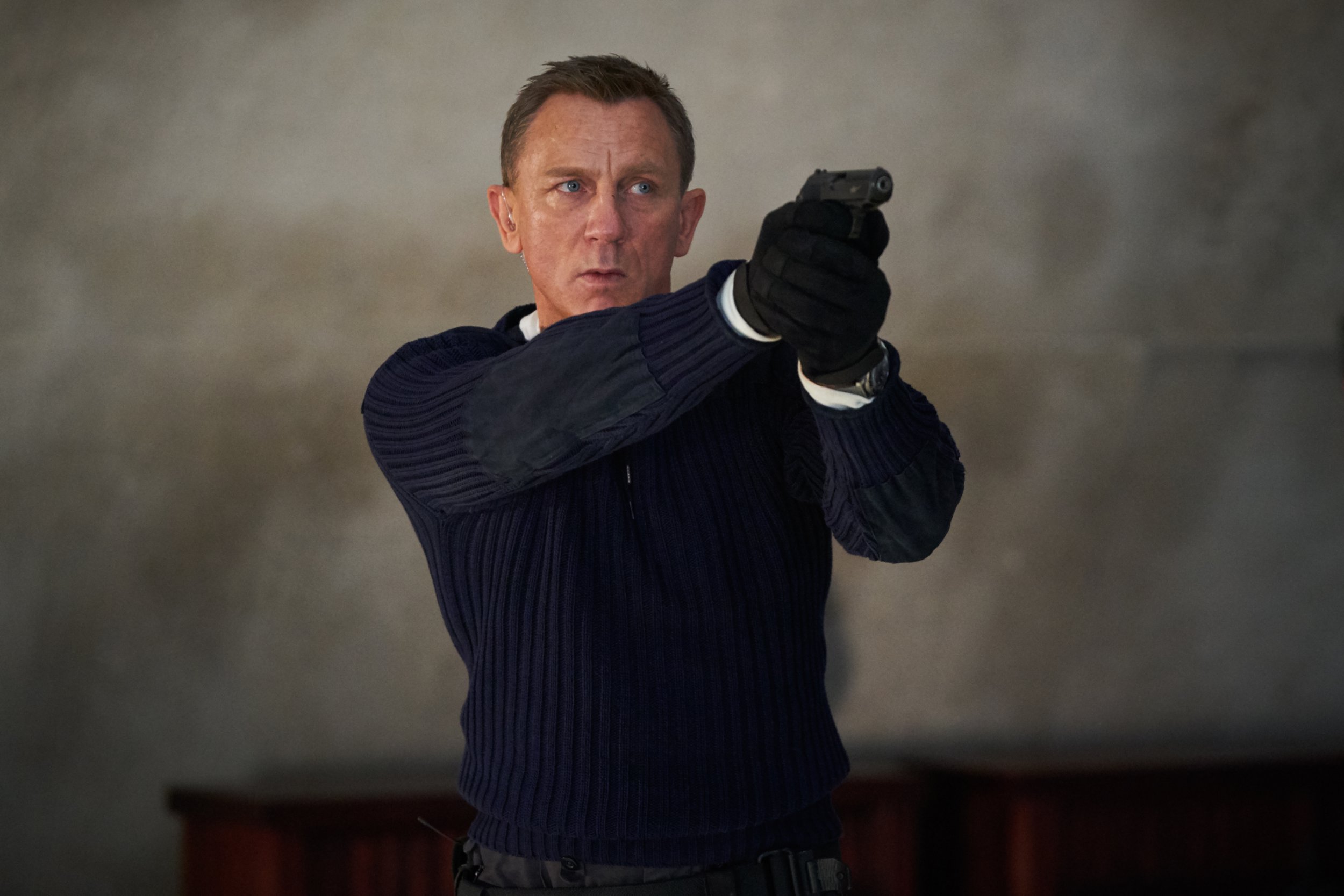 ‘James Bond will return’. Those four words have appeared at the end of almost every movie featuring Ian Fleming’s superspy since From Russia With Love started the trend in 1963.

His last outing was no different, with the four words confidently appearing at the end of Spectre in 2015. But they probably should have been accompanied by a question mark given the long, bumpy road to the release of No Time To Die.

A lot has happened in the intervening six years, from a protracted furore over whether Daniel Craig would be back, after a press tour of ominous words to the contrary, to a lengthy and pandemic-induced release date game of musical chairs. In amongst all of that, there was the small matter of a change in director – not to mention an explosion damaging the iconic 007 Stage at Pinewood Studios. Bond has returned, but he’s on the ropes.

In the world of Bond himself, though, he couldn’t be in less turmoil. No Time to Die introduces a retired 007, who has left punching, stabbing and killing behind for a life of relaxing, drinking and not-being-shot-at, with Dr Madeleine Swann (Léa Seydoux).

Within minutes of that opening gun barrel sequence, though, Bond’s world has been totally-up-ended again and, after a few words from buddy Felix Leiter (Jeffrey Wright), he’s back in the spying game.

The reasons are all very Bond 101. There’s a Russian scientist (David Dencik), whose knowledge is coveted simultaneously by the CIA, MI6 – embodied by new 007 Nomi (Lashan Lynch) – and shadowy criminal forces unknown. Those shadows, it seems, are crystallising around the enigmatic, serpentine Safin (Rami Malek) and his long-standing personal connection to Madeleine.

Incoming director Cary Joji Fukunaga – the first American to helm a Bond adventure – spends the first hour joyously playing the hits. The pre-titles sequence delivers a bravura chase through Italian streets, subsequently giving way to a globe-trotting first half which takes in Jamaica, Cuba and Norway, as well as the mahogany meeting rooms of Whitehall.

Fukunaga scarcely lets his foot even twitch away from the accelerator, providing fearsome energy as his hand maintains a firm grip on the tiller, guided along by Hans Zimmer’s score – a consistently grandiose highlight accented with lovely motifs, giving extra significance to Billie Eilish’s enjoyable title song.

Daniel Craig evidently relishes getting into the tuxedo one more time, delivering one-liners and furrowed expressions with a refreshing and entertaining elan. It’s tempting to credit the renewed humour of this Bond outing to Fleabag creator Phoebe Waller-Bridge’s much ballyhooed touch-up on the script and, certainly, this self-aware Bond does everything but look directly into the camera for the comedic beats.

It’s a fitting swansong for Craig’s bruising Bond, although the increased sensitivity and emotion required this time around is an awkward fit for the persona he has established over the last 15 years.

There’s little room, too, for the colourful supporting cast. The likes of Q, Moneypenny, M and Tanner feel like parts of the furniture – and get about as much to do as an Ikea flatpack – while newbies like Lashana Lynch and Ana de Armas are barely given chance to make an impact.

The latter’s appearance, especially, is so fleeting that an ill-timed toilet break amid the gargantuan running time of almost three hours could force you to miss her delightful burst of comic energy entirely.

The worst offender, though, is the movie’s Big Bad. Malek’s facially-scarred megalomaniac is so transparently an unimaginative page torn from the Bond playbook that the movie only bothers to sketch out the merest outline of his elaborate masterplan. He speaks slowly and has an island lair, so it’s just assumed that he wants to cleanse and take over the world. Probably.

It doesn’t help that Malek gives a performance shorn of charisma and energy, without any of the malevolent glee or grinning psychopathy which could actually have marked him out as a threat to Bond. Indeed, the script throws secondary baddies at the screen with reckless abandon – yes, Blofeld is back – as if to make up for the deficiencies of the central threat.

In many ways, No Time to Die’s infuriating inconsistency embodies the Craig era in a nutshell. He’s a terrific James Bond, and the perfect choice to carry the torch through the post-Bourne era of intense, close-quarters action cinema. However, the desire to weave his myriad adventures together into an over-arching narrative leads to failure and disappointment – remember “I am the author of all your pain” last time around? – as often as it does emotional potency, such as with the killing of Judi Dench’s incarnation of M in the outstanding Skyfall. Bond, it seems, is not a good fit for the world of interlinked franchises and shared universes.

When Fukunaga and his team relax into the easy-going thrills of James Bond at its most simple and effective, the movie sings with every bullet impact and elegantly choreographed right hook to the mush.

But when No Time to Die shoots for depth, intimacy and something beyond the next vodka martini, it flounders and disappears into the ether its own bloated indulgence. As one of the more memorable images of the title sequence so eloquently conveys, Bond’s DNA is built of pistols, muzzle flashes and bullet wounds. He’s made for fighting, not loving.

When the credits roll at the close of No Time to Die, the final screen again claims with utmost, quasi-threatening certainty that “James Bond will return”. After an uncertain year in which even the cinematic monolith of Bond found itself under threat, normal service has been resumed, for better or worse. The only certainties in this life are death, taxes and 007.