Not positive! Strictly staff dreading return of Nina Wadia on stage after her comments 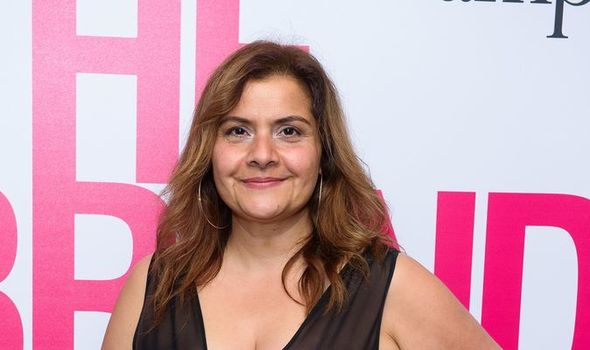 The crew of the BBC primetime dance hit were left “distinctly unimpressed” by her comments since becoming the first celebrity to be axed. One source said: “It’s left a sour taste in the mouth. She is coming back for the final which we are dreading to be honest.” Another claimed she “wasn’t the most positive force” and was “moaning all the time”. Nina, 52, is to return for the final’s group dance by eliminated stars. They include Greg Wise, Judi Love, Adam Peaty, Dan Walker and Tilly Ramsay.

But the soap actress claimed she was never given a level playing field from the outset, adding: “Give everybody a chance or at least mark accordingly.” She blasted Craig Revel Horwood for only giving her three out of 10 for a tango with pro Neil Jones.

Nina was also left feeling confused when Judi Love got a seven from the judge despite Craig describing the comedian’s dance as a “technical disaster”.

She complained: “You can’t give someone like me a three when I’ve tried so hard and tried something so technically difficult. Then at the same time give someone else who’s had a bit of a mistake a seven just because they looked good doing it. I don’t think the marking system makes any sense. I thought, ‘OK, this is only week two, you know, you make a little mistake, you’re only human’.The way it was marked down, it was shocking, actually shocking.”

Strictly Come Dancing is on BBC One tonight at 7.05pm